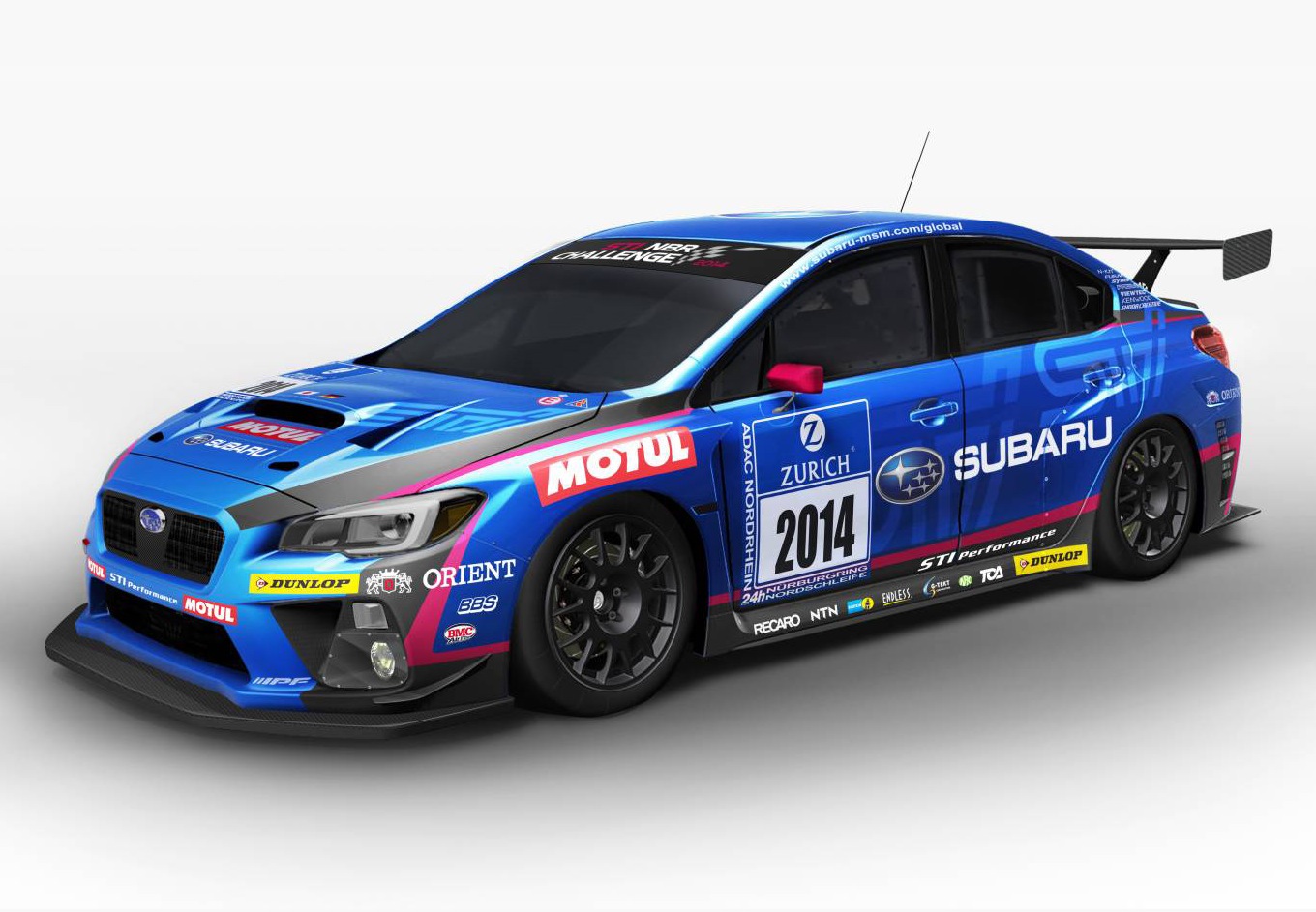 Subaru STI has unveiled its 2014 entry into the Nurburgring 24 Hour endurance race that will take place later this year. The all-new racer is based on the yet-to-be revealed WRX STI road car. 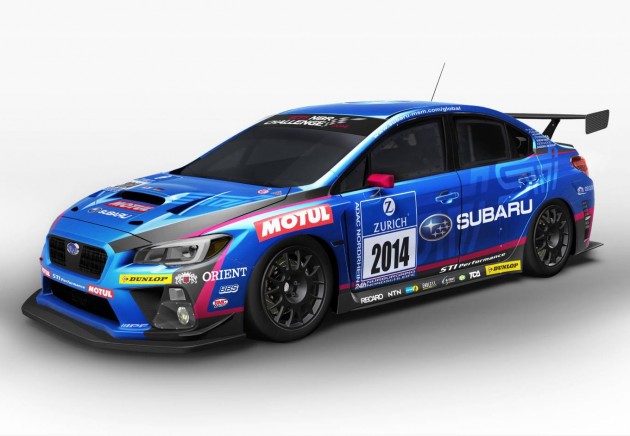 This year will be STI’s seventh consecutive year competing in the famously arduous Nurburgring event, and the company is looking to snatch a third victory in the SP3T class.

Like last year, the team will be managed by Hideharu Tatsumi, while two of the four drivers will be Toshihiro Yoshida and Kouta Sasaki from Japan. The other two have not been finalised yet but will come from Europe.

As for the styling of the new beast, the racer uses the WRX foundations and then extends them to extreme levels. There’s a very low, race-prepared bodykit with custom front and rear spoilers, along with various aero enhancements and vents to maximise downforce and airflow.

Specific details on the engine have not been released, however, running in the SP3T class means there are certain restrictions in place that cap engine power at 305hp (approximately 225kW). There’s also a minimum weight of 1100kg.

The car is on display at the 2014 Tokyo Auto Salon currently underway, before it hits the track on June 19-22 for the big event.