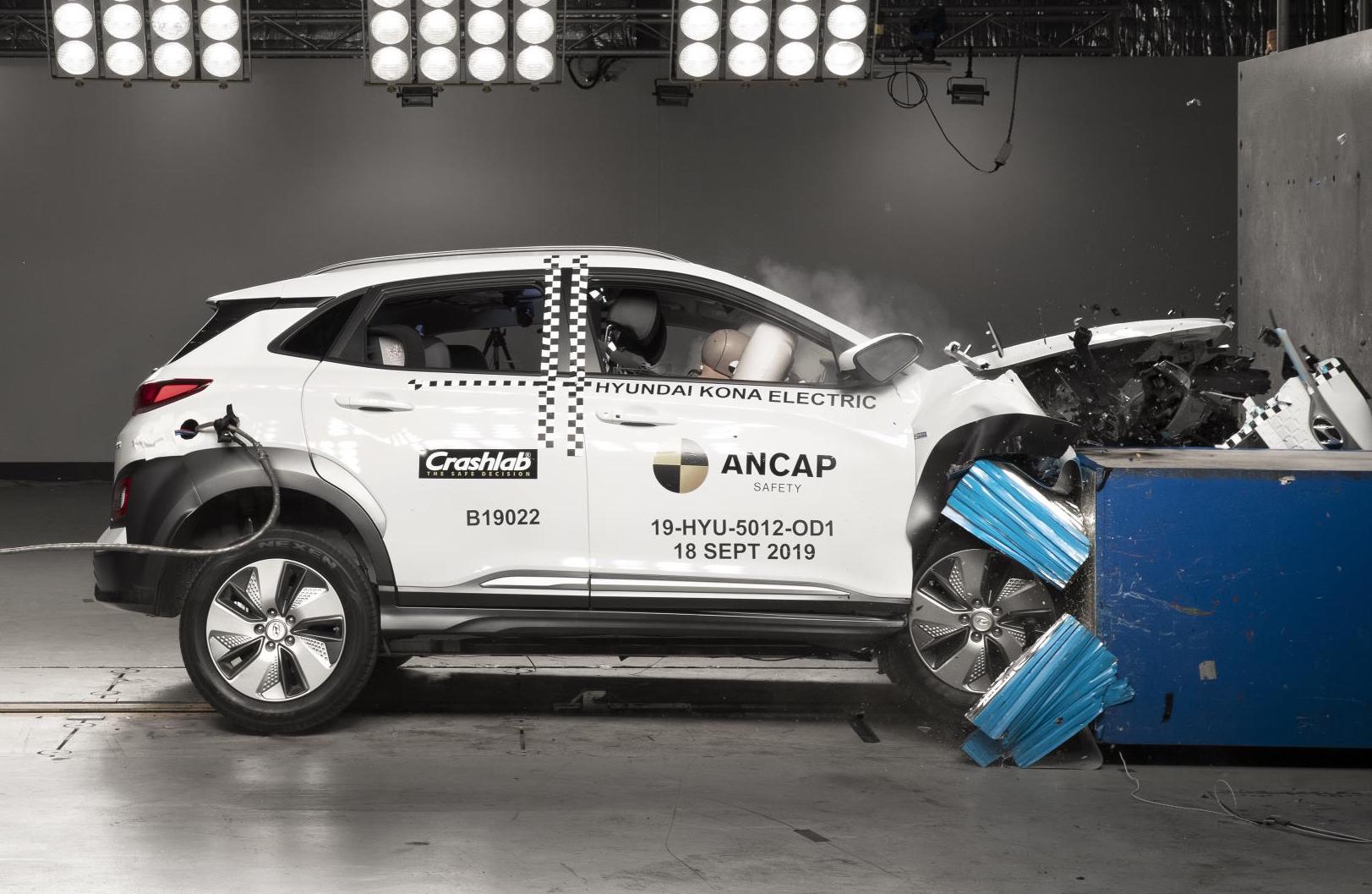 The Hyundai Kona Electric has just been awarded the full five-star safety rating after ANCAP performed its first-ever local crash tests on an electric vehicle. This follows recent crash testing of the NEXO by the US Insurance Institute for Highway Safety, which was also the first crash test on a hydrogen fuel cell vehicle. 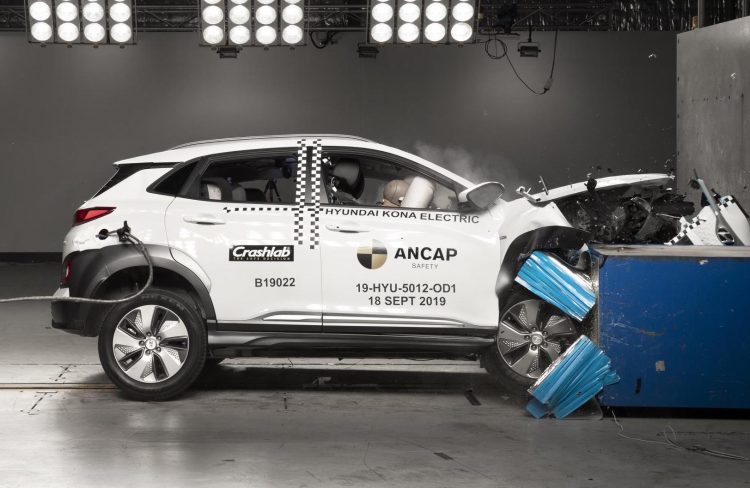 After local crash testing of the Kona Electric, the SUV received an impressive score of 14.97 out of 16 for the frontal offset test. This is better than the 14.07 score given to the petrol version which was tested in 2017. It also earned 35.07 out of 37 overall, which is easily enough to retain a five-star rating from the conventional Kona.

ANCAP says the frontal offset test is designed to replicate a head-on crash with another vehicle of the same weight, driving at the same speed. It says this style of collision represents around 60 per cent of serious crashes on our roads. During the test, around 40 per cent of the front end of the Kona Electric made contact with the aluminium barrier at 64km/h. This is particularly interesting as this area of the vehicle is where the electric motor system is positioned.

This is a significant event as it shows electric vehicles can be just as safe as convention petrol vehicles, in regards to impact performance in testing conditions anyway. Hyundai Australia CEO JW Lee spoke about the test in a statement, saying:

To refresh your memory, the Kona Electric is powered by a 65kWh lithium-ion battery that sends power to an electric motor mounted at the front axle. The output is an impressive 150kW and 395Nm, making it the most powerful and quickest Kona variant on the market. With a full charge, the range is rated at 449km (WLTP).