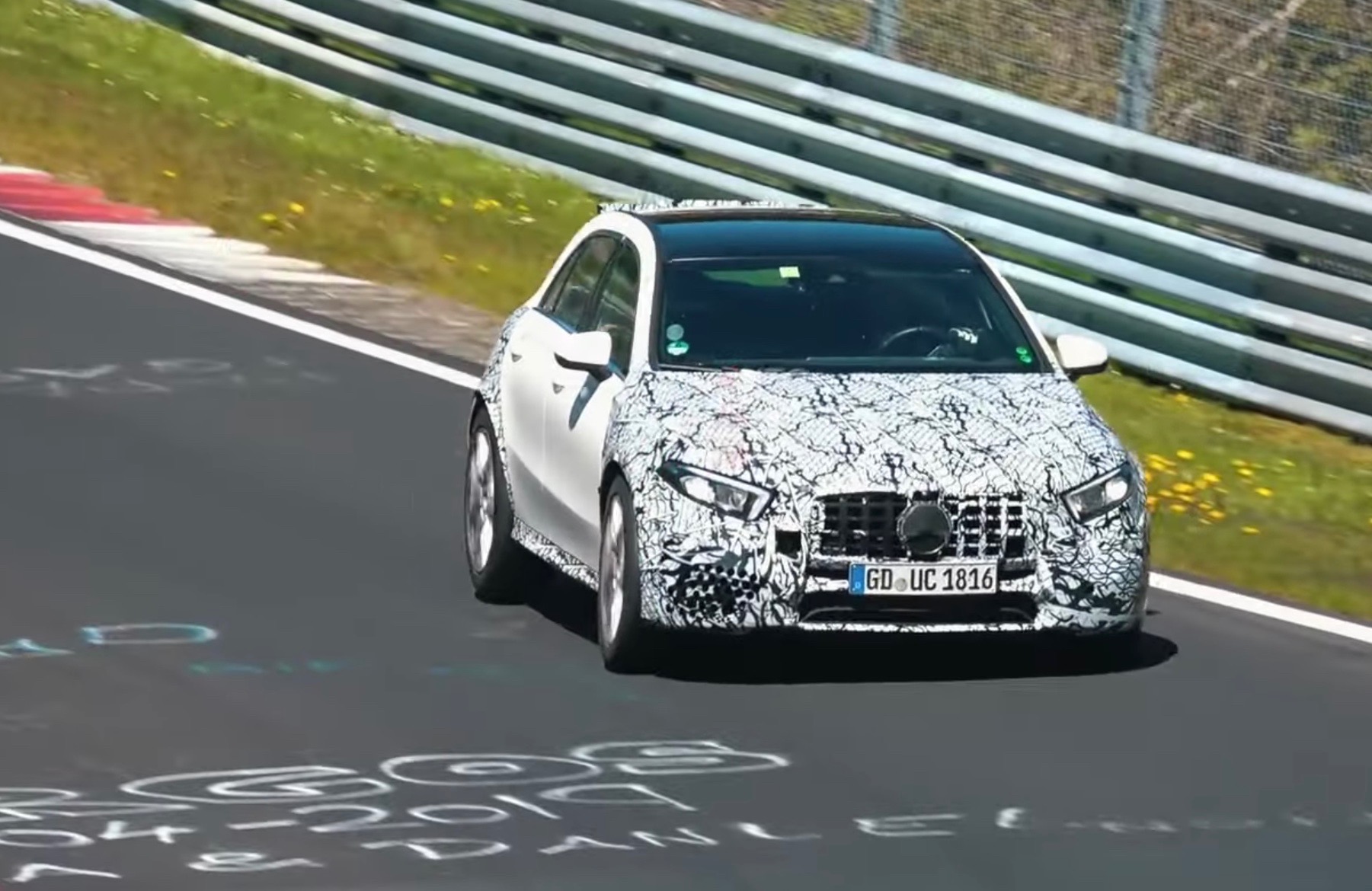 Mercedes-Benz has been spotted test driving a prototype version of the hot new A 45 AMG out on the Nurburgring, with the test drivers appearing to be pushing mighty hard around the notorious circuit. 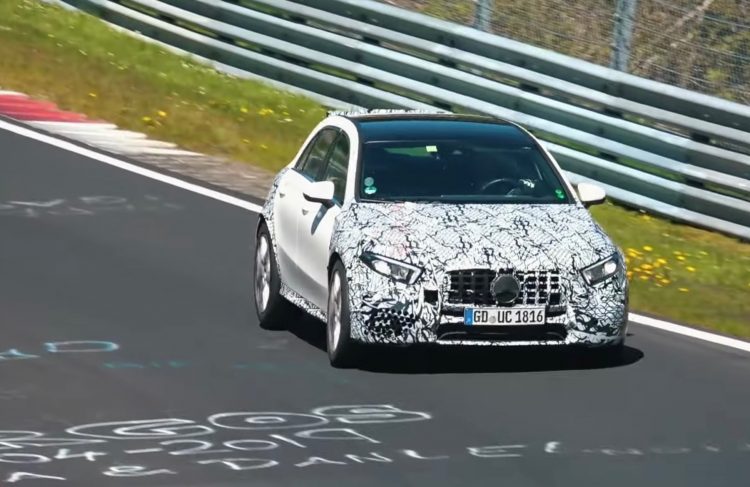 While the A 35 AMG has already been revealed for the latest-gen A-Class, we’re yet to see the new full-hypo 45 version. Mercedes has released a couple of teasers, showing how the new model drifts on both the track and on the ice.

Here it looks like AMG engineers are doing their final runs and making final calibrations for the hatch, with very little camouflage featured on the body. And you know they are pushing hard because the prototype appears to have a roll cage installed.

It looks bloody quick, that’s for sure. But it does sound strangely quiet, don’t you think? Which actually makes the car look even quicker on camera; the visuals don’t seem to match the theatre and soundtrack, in other words.

The new hot hatch will be powered by a 2.0-litre turbo four-cylinder producing as much as 310kW for an ’S’ model, or around 285kW for the regular version. As you can probably piece together, the S version is set to become the new king of super hatches, sitting as the most powerful of its kind.

From there power is sent to an eight-speed automatic transmission and into a four-wheel drive system. Here’s where things get interesting. There’s been a lot of talk about a ‘drift mode’ coming in for the new model, potentially comprising of a full rear-wheel drive setting. This would be very cool, especially just as the BMW M140i departs as the only rear-drive hatch on the market.

All is expected to be revealed at the Frankfurt motor show in September, with an online reveal probably taking place shortly beforehand. Click play below for a high-speed preview.