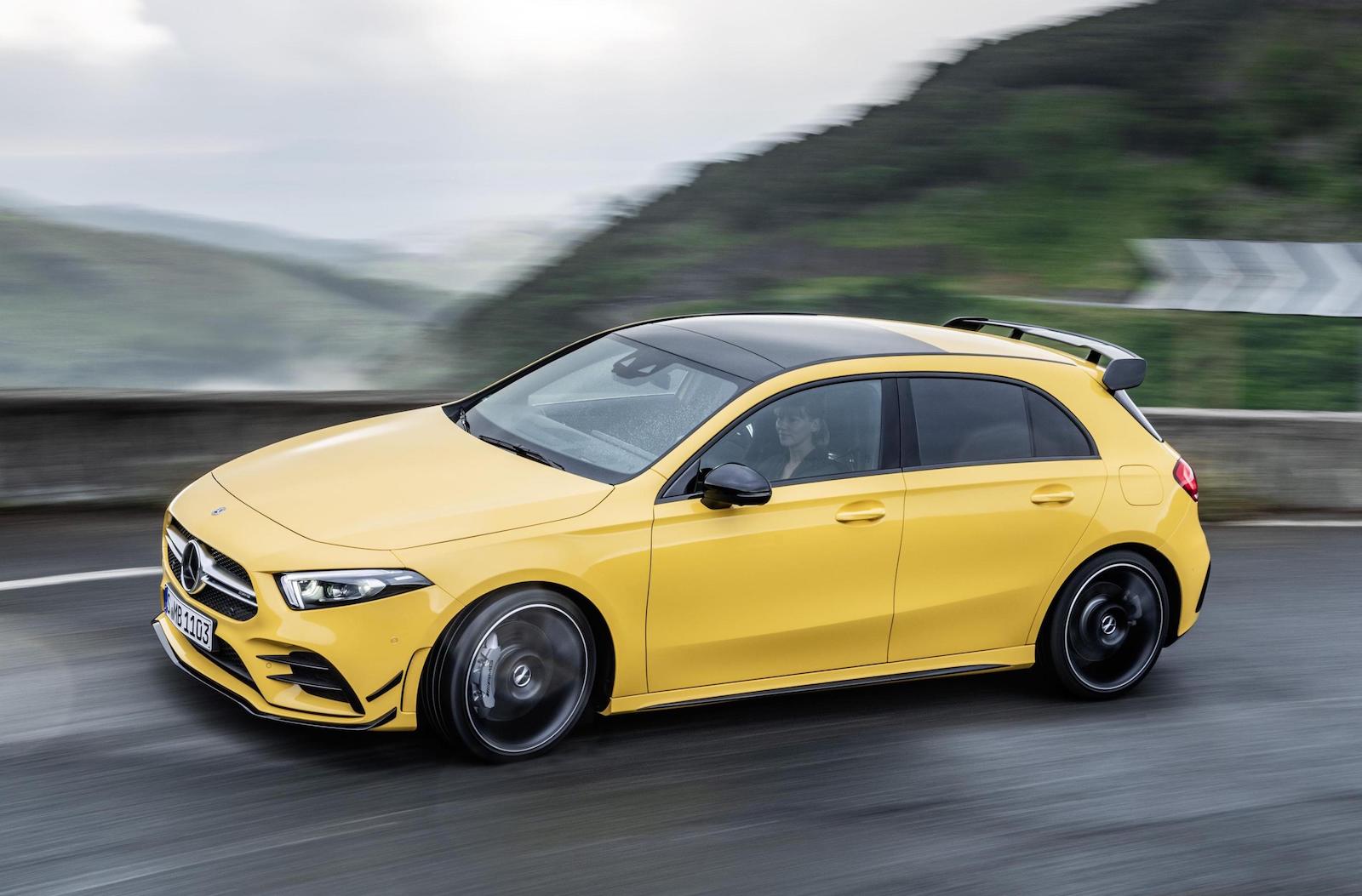 Following a few teasers earlier in the week, this is it. The all-new Mercedes-AMG A 35 hot hatch. It comes in underneath the A 45 super hatch. 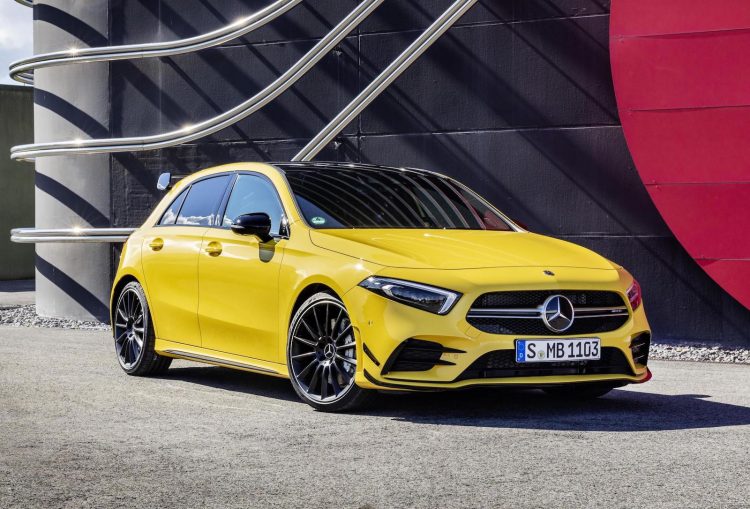 First thing’s first, the engine. It’s a 2.0-litre turbo four-cylinder based on the M260 unit, producing a neat 225kW and 400Nm. Peak torque comes in at 3000rpm for that optimum mid-range punch, while the turbocharger uses twin-scroll technology to minimise lag and improve response.

From the engine, power is sent into a seven-speed dual-clutch automatic transmission and into a variable 4MATIC all-wheel drive system. This drive system is able to range from front-wheel drive only to a ratio of 50:50 front and rear, depending on the conditions and demands. 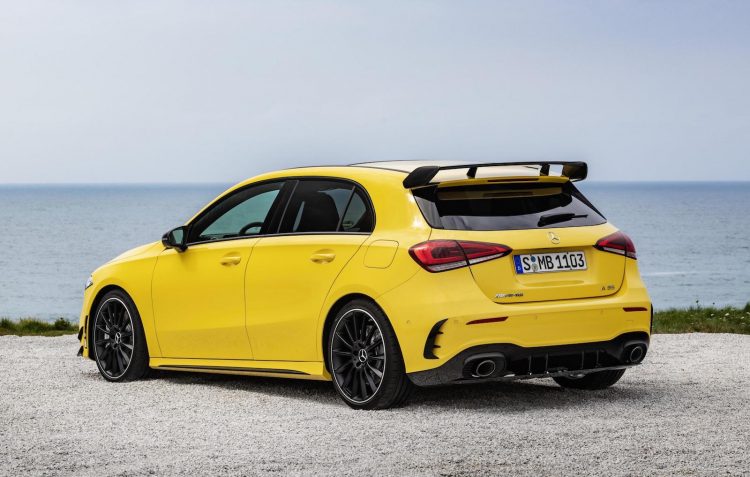 Drivers can select between a handful of driving modes, including from the ‘Basic’ settings with Slippery and Comfort, as well as ‘Advanced’ settings with Sport and Sport+. These alter the throttle response, yaw damping, and steering response.

Like other AMG models, the A 35 is dressed in a racy aero kit, with front and rear spoilers, a set of 18-inch lightweight alloy wheels, and AMG side skirts. There’s also a rear diffuser, twin exhaust outlets, and a bespoke front grille. 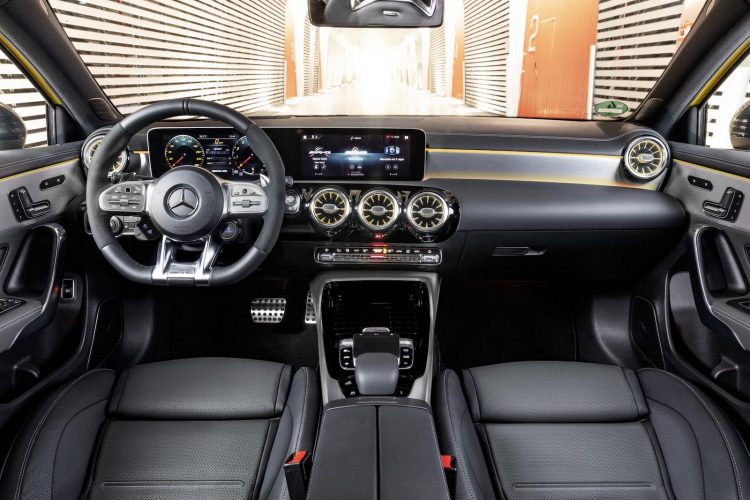 Taking a look inside, the new model features sports seats and sports steering wheel, with twin LCD screens for the infotainment and instrument cluster. The instrument cluster is packed with special AMG apps including engine data, g-force readouts and warm-up guides. Buyers will be able to choose between various trim options, including Artico leather and Dinamica, in various colours.

The new model will make its official public debut at the Paris motor show on October 2, with sales in Europe kicking off during the first quarter of 2019. An Australian arrival is expected later next year.