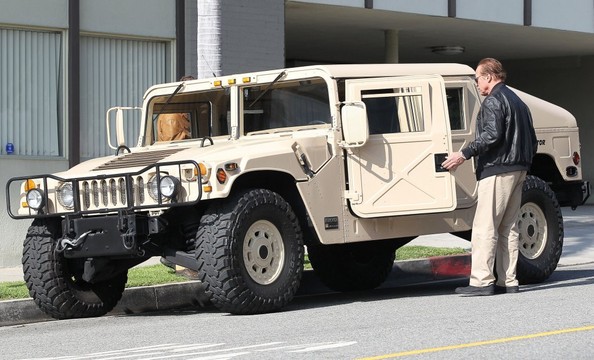 Arnold Schwarzenegger has been spotted doing some daily errands in his awesome AM General Hummer, complete with ‘Terminator’ decals on the sides.

Arnie and the Hummer are a perfect match for one another. Both are extremely strong and can withstand gunfire. Both are humongous. And both attract a lot of attention yet shouldn’t be messed around with. 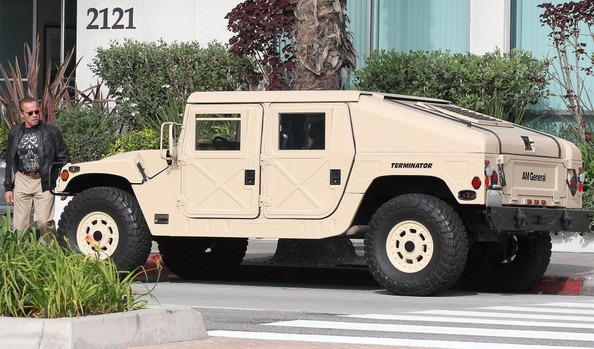 The AM General Hummer was made for the military, initially, but a selection were also made for civilian use. The civilian versions had a more civilised interior with features such as air-con and an audio system, but both are built on a bomb-proof ultra high-strength steel chassis with perhaps the most heavy duty off-road running gear ever made for a passenger vehicle.

Here we see the famous actor and former Californian governor casually using it to pop into town. It’s apparently just one of many serious off-roaders the Terminator has in his garage.