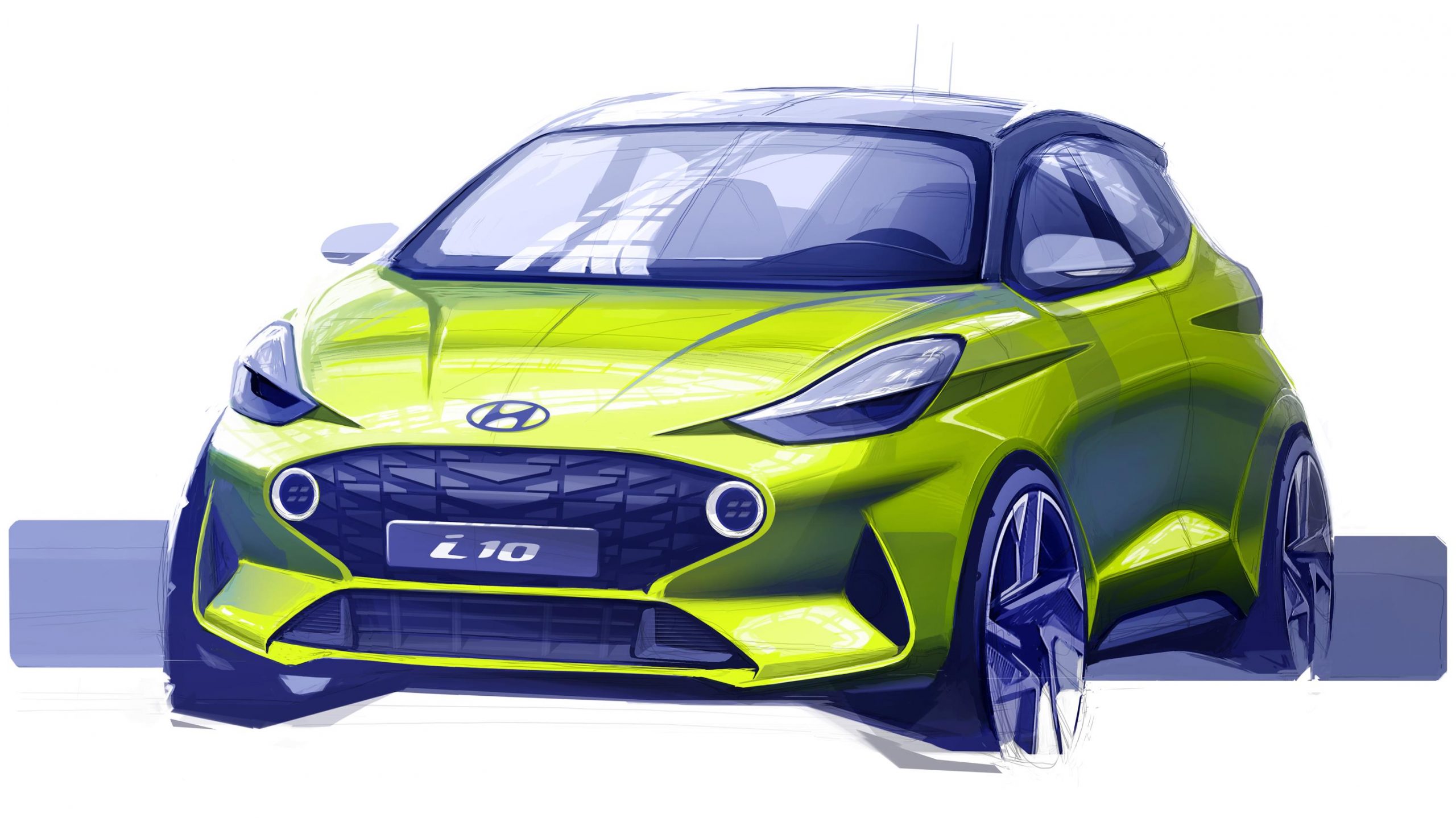 Hyundai has sent out a teaser of its rather rally-like 2020 Hyundai i10, which will debut at the Frankfurt motor show next month. Like the current model, the new one will, unfortunately, not be heading to Australia any time soon. 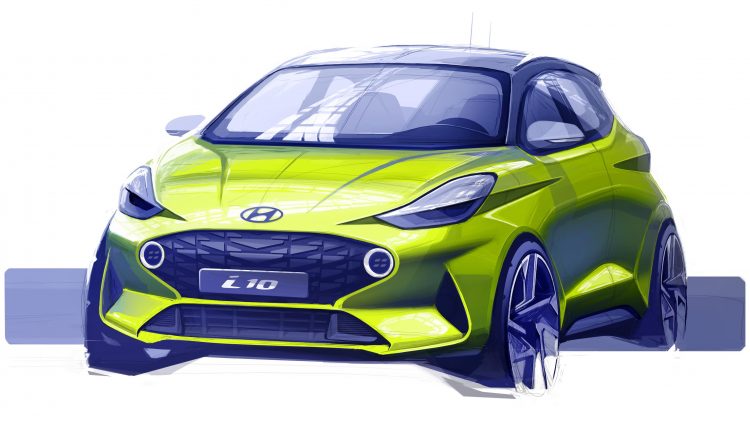 Designed and developed by Hyundai Motor Europe, the new model is set to borrow the platform from the latest Kia Picanto which debuted in 2017. Unlike the outgoing i10, which uses the previous Picanto as a base, the new model is likely to adopt some of the technologies seen with the latest Picanto, such as brake-type torque vectoring and Straight Line Stability.

Hyundai confirms the new model will also come with advanced safety tech, such as autonomous emergency braking, pedestrian detection, as well as Driver Attention Warning and Lane Keep Assist. Auto high-beams will also be available as an option.

As for the design, the teaser showcases a dynamic front end with an emphasise on width. There’s a wide interpretation of Hyundai’s ‘cascading grille’ with peeled-back headlights, unique triangular side intakes, and sculpted upper wheel arches. By the looks of it, a contrast roof will also be part of the mix, at least as an option, creating a floating effect.

Power is likely to come from a similar lineup of engines as seen in the Picanto, including a 1.25-litre four-cylinder producing around 62kW and 122Nm for the entry model. A 1.0-litre turbo three-cylinder developing a zesty 74kW and 172Nm is expected to top the range, borrowed from Picanto GT.

Inside, passengers will be treated to a comprehensive media interface incorporating Android Auto and Apple CarPlay, with a rear-view camera for the driver as well as wireless phone charging and USB ports.

Hyundai says more details will be revealed in the “near future”, with the full debut taking place at the big Frankfurt event starting September 10.