It’s always painful to see an exquisite supercar being mangled. Here we see a Ferrari F40 crash which has resulted in the back end being torn apart. Just 1315 were ever made. It brings tears to the eyes. 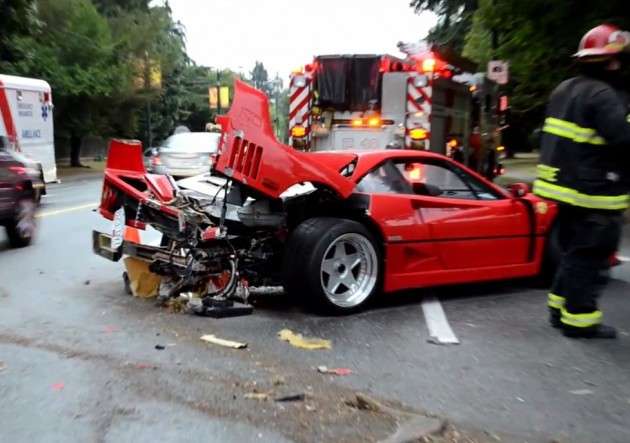 The Ferrari F40 crash occurred recently in Vancouver, Canada, where the driver lost control in the wet conditions. By the looks of it the F40 spun around at least once, clipping the front end before hitting the rear end in a pretty bad way.

As you can see in the video below, there is some damage done to the mechanical aspects of the Ferrari resulting in oil and liquids leaking onto the road.

As far as we know the driver escaped without injury.

As for the twin-turbo V8 F40, it might be repaired to live another day. The difficult thing about repairing an F40 is the panels are all made from carbon fibre. This means any panel that’s damaged will likely need replacing.