You’re looking at the most powerful Ford production car ever. It’s the all-new 2020 Ford Mustang Shelby GT500, and it has just made its public debut at the North American International Auto Show in Detroit. 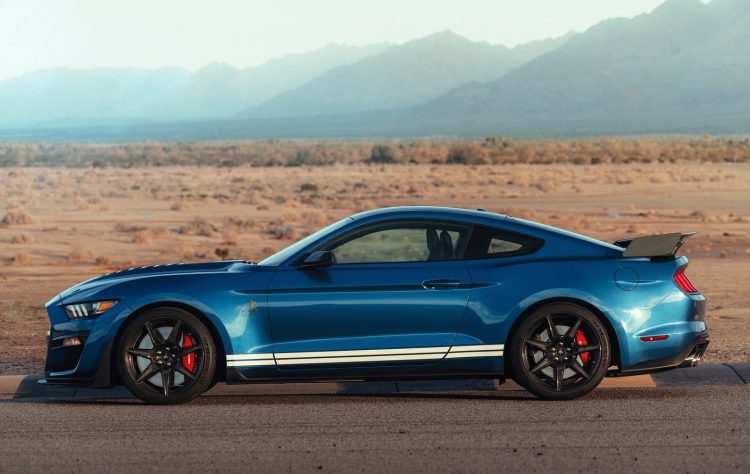 Okay, so let’s start with that engine. It’s a 5.2-litre aluminium alloy V8, derived from the naturally aspirated ‘Voodoo’ unit seen in the GT350. In the GT500 though the V8 is supercharged, with a 2.65-litre roots-style charger, using an air-to-liquid intercooler. The unit produces “more than 700hp” (522kW), and that’s just a preliminary projected figure from Ford.

Beneath the surface you’ll find wire-arc cylinder liners, high-flow aluminium heads, larger forged conrods than those in the GT350, and improved cooling and lubrication. All in all it comes in as the most powerful production Ford ever, and also the quickest street-legal Mustang ever. Ford claims a 0-60mph (97km/h) time in the mid 3.0 seconds range, and a “sub-11-second” quarter mile. 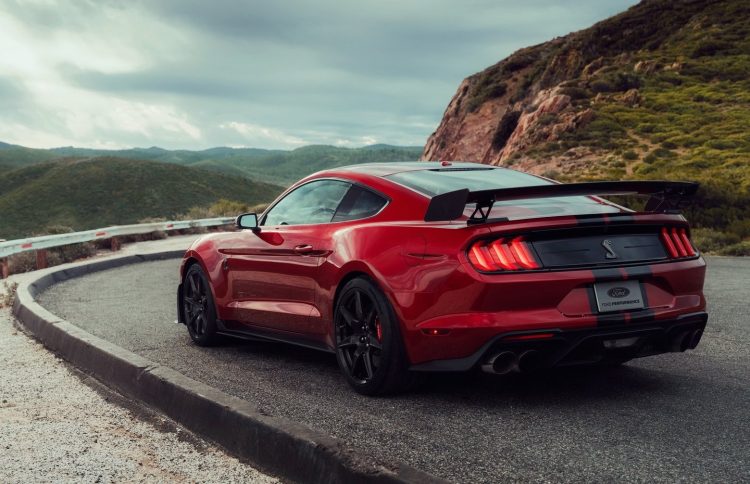 Matched up to the engine is a dual-clutch automatic transmission. It’s the first of its kind in this vehicle class. More specifically, it’s a Tremec seven-speed dual-clutch job that can shift smoothly in less than 100 milliseconds. Drivers can select between normal, slippery, sport, drag, and track modes for the powertrain, as well as engage a special line-lock function for warming the rear tyres.

In terms of the design, one look will have the competition running for the hills. This thing looks mean. The wheel arches are wider than the standard items, and there’s an aggressive front spoiler and deep intake system, with a big rear wing for downforce. Topping it off are a set of optional 20-inch carbon fibre wheels wearing Michelin Pilot Sport Cup 2 tyres. Hermann Salenbauch, global director of Ford Performance vehicle programs, said:

“As a Mustang, it has to be attainable and punch above its weight. To that end, we’ve set a new standard among American performance cars with our most powerful street-legal V8 engine to date, plus the quickest-shifting transmission ever in a Mustang for all-out precision and speed.” 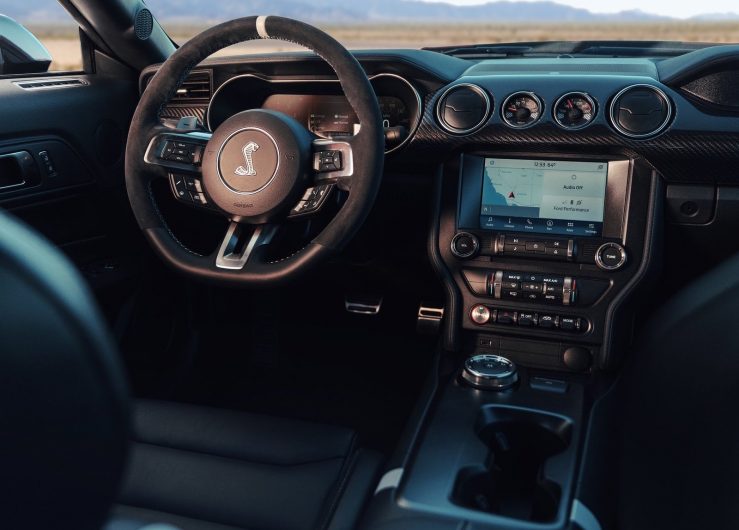 The 2020 Ford Mustang Shelby GT500 isn’t all about muscle for the track or drag strip though. Inside is a 12-inch LCD instrument cluster, while passengers can play with an 8.0-inch touch-screen media interface with SYNC 3 software, SiriusXM and FordPass Connect. There’s also a 12-speaker B&O Play premium sound system.

Ford says the new model will hit showrooms in the USA during the third quarter of this year, and customers will be able to select between three new colours; Iconic Silver, Red Hot, and Twister Orange. Like the GT350, the GT500 isn’t destined for Australia, unfortunately.