BMW Australia is introducing the new 2012 BMW 320i and 2012 BMW 318d, both featuring turbocharged four-cylinder engines. The two will form the basis of the entry-level range. 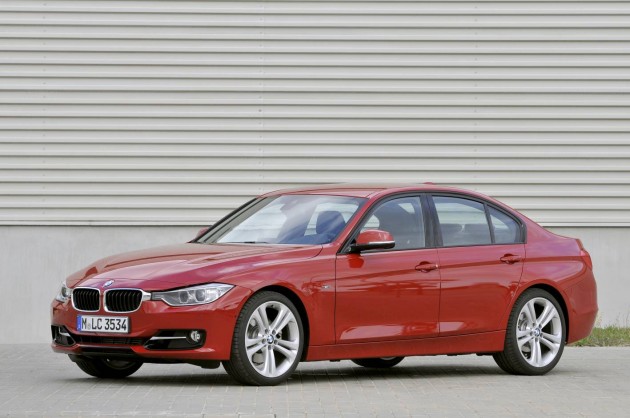 The 2012 BMW 320i comes with the company’s new 2.0-litre TwinPower (twin scroll) turbocharged four-cylinder engine producing 135kW of power and 270Nm of torque, up from the current base model 320i which features a 2.0-litre naturally aspirated four-cylinder producing 115kW and 200Nm.

With help from a new standard eight-speed automatic transmission, the new 320i is able to crack 0-100k/h in just 7.6 seconds, a substantial improvement over the current model’s time of 10.4 seconds. Meanwhile, fuel consumption is also improved, from 8.0L/100km to just 6.2L/100km.

For the new 2012 BMW 318d, the new entry-level diesel 3 Series, the premium sedan comes with a 2.0-litre turbo-diesel four cylinder producing 105kW of power and 320Nm of torque. Although the new 318d is less powerful than the current base model 320d (130kW/350Nm), it enters the lineup as the super-fuel-efficient variant, offering a consumption rating of just 4.5L/100km. Acceleration from 0-100km/h is still quite quick, achievable in 9.3 seconds.

Set to launch in Australia in February with deliveries taking place in March, pricing for the 2012 BMW 3 Series range is as follows (excluding on-road costs):