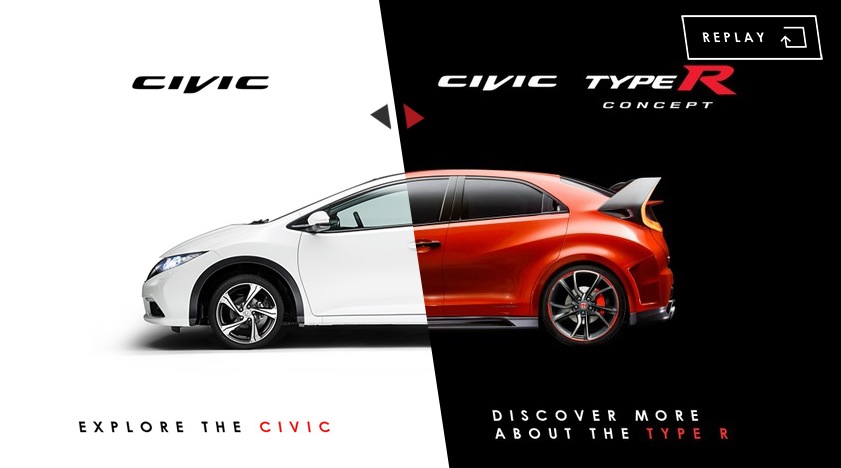 The 2015 Honda Civic Type R is set to become one of if not the fastest front-wheel drive production cars ever made. And to celebrate, the company has made a clever interactive film called The Other Side. 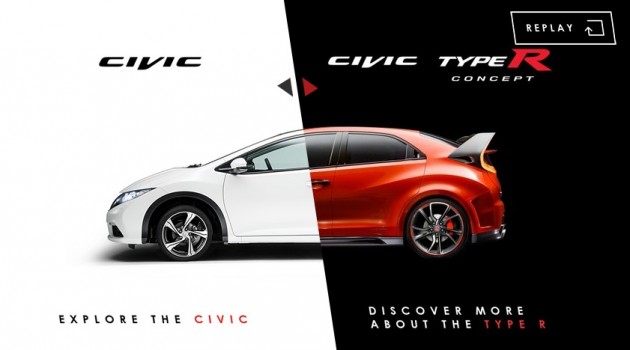 The movie is on a special YouTube page, playing out two sides of a story. Cleverly, the video is interactive and encourages viewers to press the ‘R’ button on their keyboards to see the other side of the story playing in parallel. It’s difficult to explain, so follow the link above to see the film, or you can click through to it via the preview video below.

As for the Civic Type R, no further details are revealed in the preview below or the special film. So far Honda has released most of the details though. It has been confirmed it will come with a 2.0-litre turbocharged four-cylinder petrol engine producing over 206kW of power. Fittingly, it will come with an ‘R’ sport button which changes various aspects of the car.

Honda has openly said it is looking to take out the Nurburgring front-wheel drive lap record with the new model. Renault holds the current record, with a time of 7:54.36, although the Megane R.S. 275 Trophy-R which did it is pretty much a stripped out road car that’s only just suitable for daily use.

For the Honda, we can expect all of the usual Type R appointments, including sports bucket seats inside, various Type R trimmings, a bespoke bodykit and alloy wheels, as well as dedicated sports suspension and high-performance brakes.

Click play below to check out the preview. Honda Motor Europe’s head of marketing, Martin Moll, spoke about the video in a recent statement, saying,

“This campaign marks a very significant time for our brand. The Civic Type R is one of four new car launches for Honda in 2015 and provides a powerful halo-effect for the marque. Just as our products are renowned for being innovative, our communications style will amplify this.”