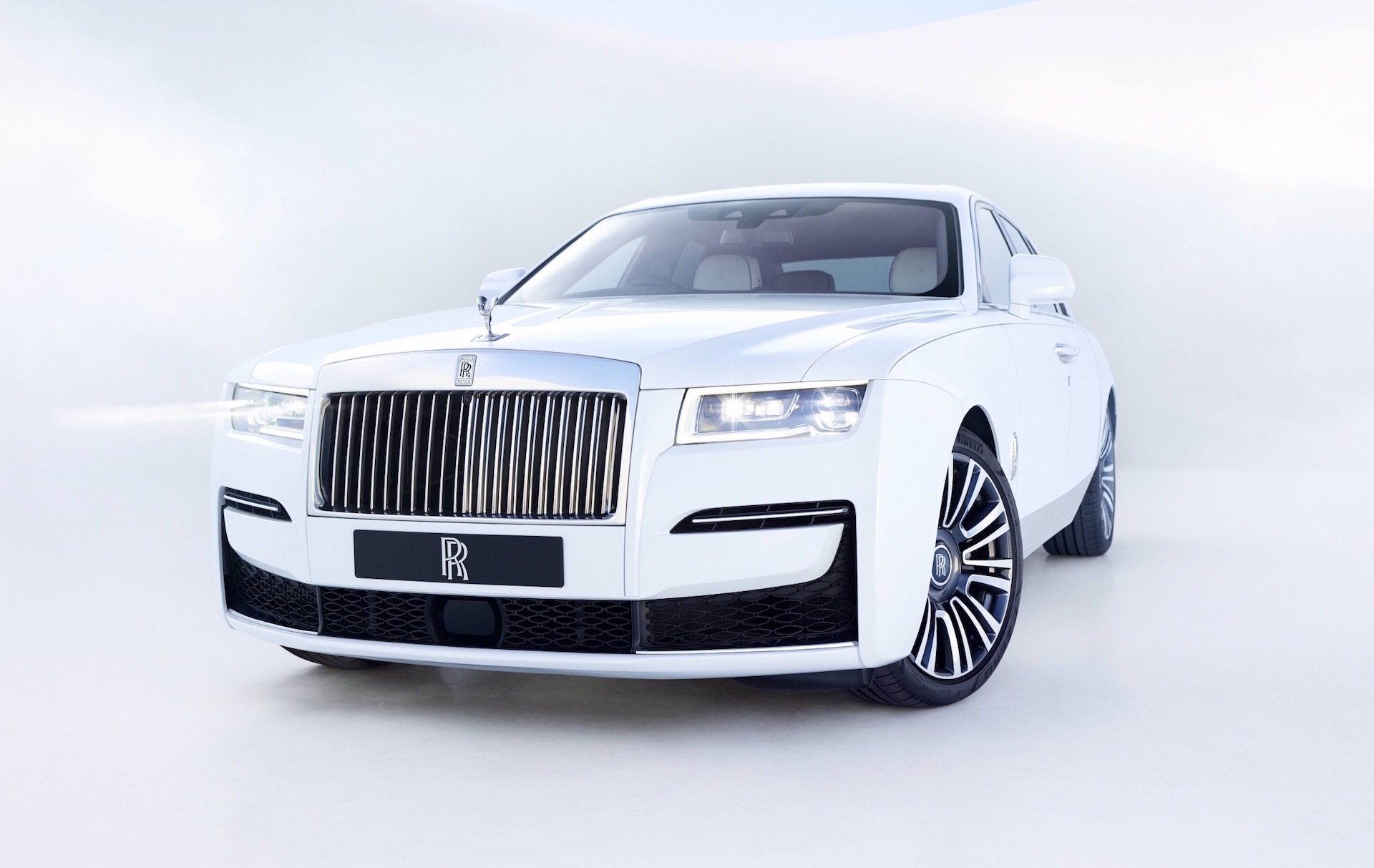 Looking for the ultimate luxury land yacht? Take a look at this. It’s the all-new 2021 Rolls-Royce Ghost, boasting a new platform equipped with all-wheel drive and all-wheel steering for the first time. 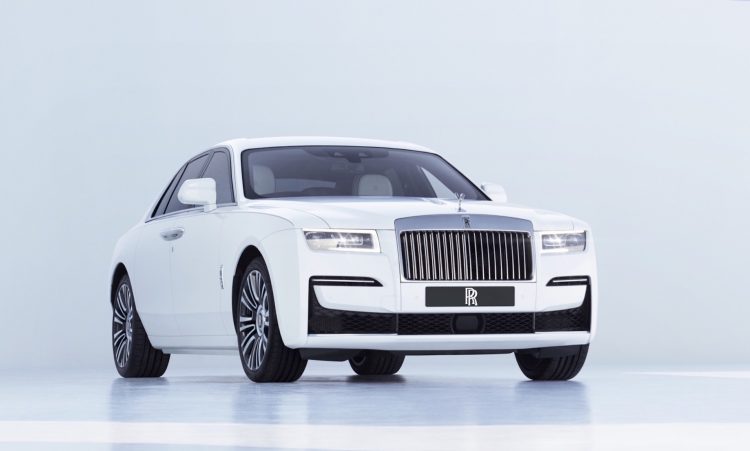 The 2021 model features a number of firsts, actually. For example, it is the first Rolls-Royce to adopt a new Planar suspension system. What the heck is that? Well, it’s an evolution of the company’s Magic Carpet Ride, and has been a technology 10 years in the making.

It incorporates three main elements. Mechanically, it includes a new Upper Wishbone Damper system which is apparently the first in the world. It also includes a Flagbearer system that uses cameras to monitor to road ahead and then make adjustments accordingly. And lastly the suspension receives information from the Satellite Aided Transmission, which, yep, provides details of the upcoming route for the vehicle before it even arrives so it can prepare.

While the platform is new, it does build on the existing Rolls-Royce aluminium spaceframe that we saw debut with the latest Phantom. However, for the Ghost it is quite different. It now has to accommodate four-wheel drive and four-wheel steering, for example. With the new platform the overall body length has grown by 89mm, and the width has expanded 30mm. 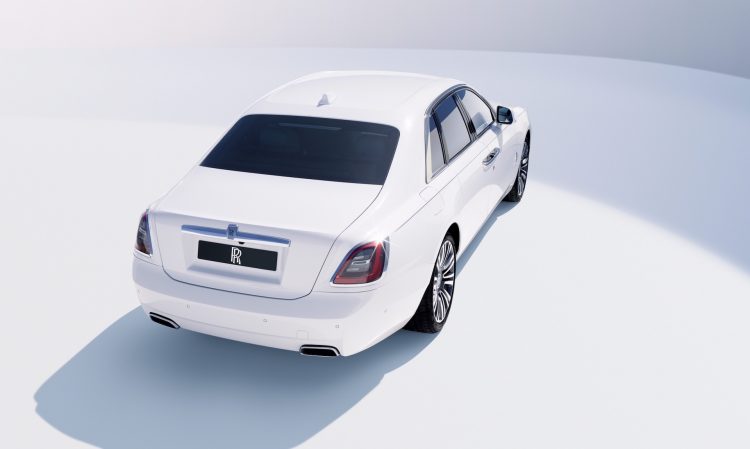 To ensure optimum acoustics inside, over 100kg of noise insulating materials have been applied in the doors, roof, between the double-glazed windows, and even inside the tyres. Engineers meticulously fine-tuned ever area of the vehicle to ensure absolute quietness inside. The air-conditioning ducting is polished and the main drive shaft is adjusted and made more rigid to improve refinement. In the end the cabin was so silent, it was found to be disorienting. So, the team created a ‘whisper’ undertone, which is heard as a subtle single note.

Every component has been tuned to share the same resonant frequency. For example, in earlier testing engineers found that the boot area generated a low frequency noise at highway speeds. Special ports were built into the parcel shelf to allow these noises to escape, harmonising with the overall note. Special damping units were also installed in the body to match up to the single note.

Speaking of notes, the 2021 Ghost features a 1300W 18-speaker Bespoke Audio sound system. The system includes resonance chambers in the body sills, essentially transforming the vehicle into a sub-woofer. There’s also special exciter speakers and conventional cone-style speakers, as well as two active microphones in the cabin that read and analyse frequencies and then prompt the amplifier to adjust accordingly. 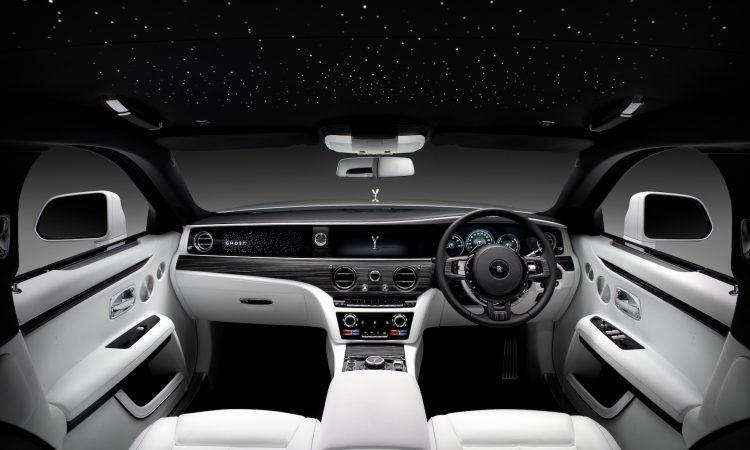 As for the exterior design, it obviously carries over plenty of traditional themes from the predecessor. The front is prominent and defined, carrying over a similar vertical grille from before. The headlights are all-new though, featuring LED laser technology offering over 600 metres of light range. The light housings are also completely straight and rectangular. Meanwhile around at the back the taillights go for a more three-dimensional theme with clear outer lenses.

Providing propulsion is a 6.75-litre twin-turbo V12 engine that produces 420kW and 850Nm. This is matched to an eight-speed auto transmission, feeding into an all-wheel drive system. Performance figures haven’t been mentioned, although acceleration probably isn’t all that important to Rolls-Royce.

The new model will go on sale later this year. It’ll come in as the most technologically advanced Rolls-Royce ever, replacing the outgoing Ghost which has been the company’s most successful model ever.