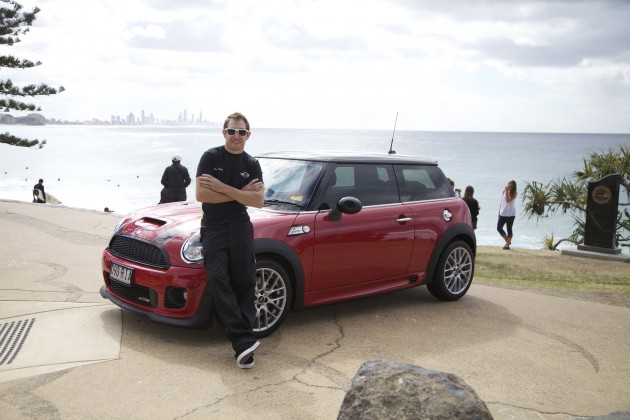 ‘Atko’ will be the number one driver for MINI after former driver Armindo Araujo left the team for “sporting reasons”.

Atkinson has taken part in two WRC events already in 2012, with a drive of a Ford Fiesta in the Rally Guanajuato Mexico where he retired, and a heartbreaking 39th in the Rally Finland for the Qatar World Rally Team in a Citroen DS3 WRC.

Atkinson will next compete in Germany for the ADAC Rallye Deutschland next weekend.

The former Subaru factory driver was naturally pleased with securing the drive.

“MINI has provided me with an awesome opportunity to return to the World Championship and I’m stoked to be back as a lead driver for a great manufacturer and for the remainder of the 2012 season,” said Atkinson.

“I love the tarmac so it’s great to know that three of the remaining five events are on the sealed surface and I hope to take full advantage of my past experiences of the remaining rallies this year.”

Atkinson believes he can nail a good result in the MINI, despite having never driven one.

“This will be my first time driving for WRC Team MINI Portugal and the MINI John Cooper Works WRC but from the information I have gathered I’m really looking forward to seeing what the MINI is made of in Germany.

“The car looks great and the MINI brand is all about one big, fun-loving family which is just how I like to roll back on the Gold Coast.”