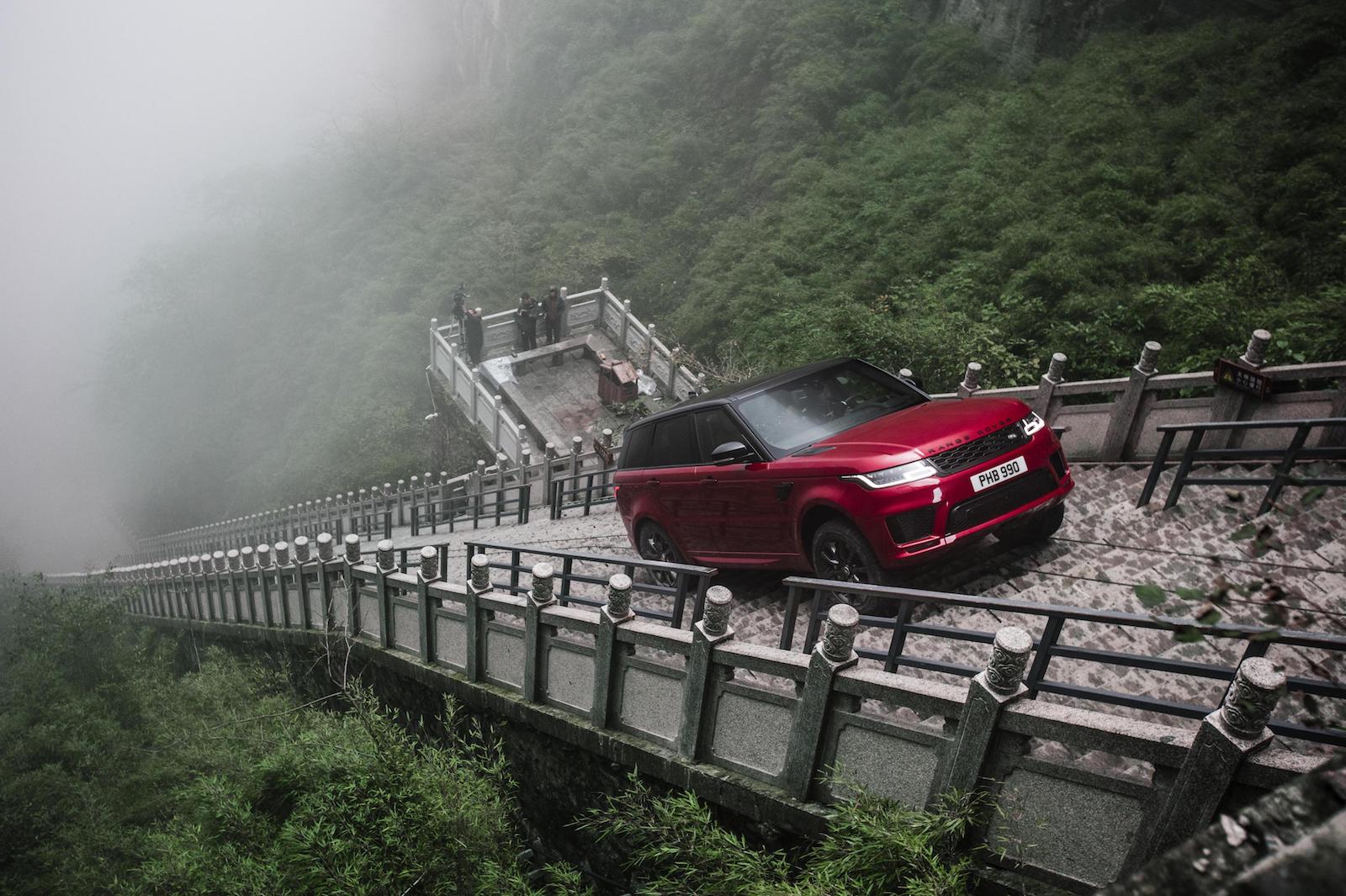 Range Rover has set an unusual world record in China, driving one of its SUVs up a massive set to stairs to the iconic Heaven’s Gate natural rock arch. 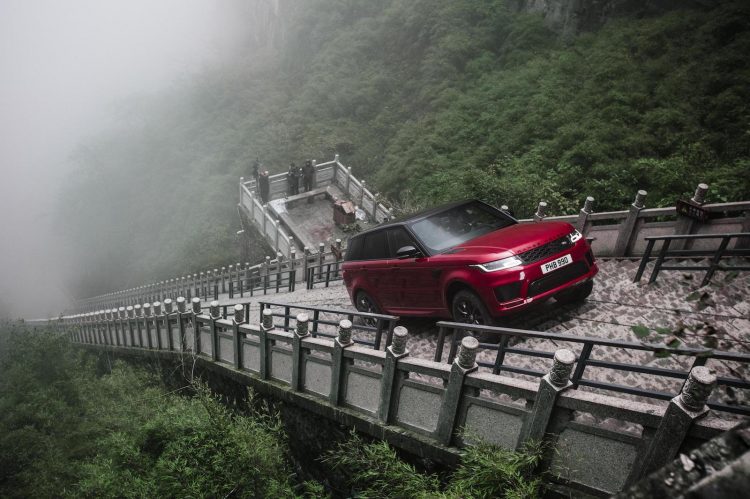 This involved climbing an insane 999 steps, with around 99 turns to get to the top, becoming the first production car to do so. And it was completed in the new Range Rover Sport PHEV hybrid. It all begun at the bottom of the legendary Tianmen Mountain Road, also known as Dragon Road.

Range Rover says it took a standard, showroom specification P400e to tackle the journey up the 11.3km road, with racing driver Ho-Pin Tung behind the wheel. The on-board Terrain Response all-wheel drive system was engaged up the 45-degree staircase. Ho-Pin Tung said:

“I’ve experienced Formula E, Formula 1 and won at the 24 Hours of Le Mans but this was without doubt one of the most demanding driving challenges I’ve ever faced. The Range Rover Sport PHEV performed brilliantly as it inspired real confidence on the mountain road and climbed the stairs up to Heaven’s Gate effortlessly.” 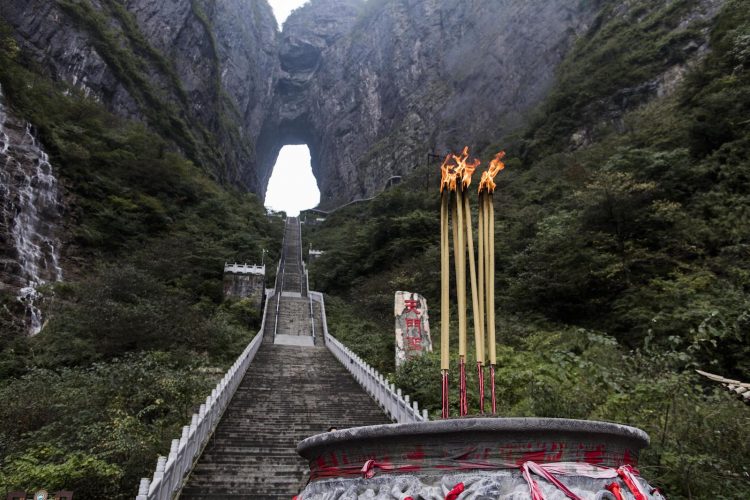 The new Range Rover Sport PHEV uses a 2.0-litre turbo-petrol Ingenium engine paired with an 85kW electric motor system, for a combined output of 297kW. It’s able to drive on electric power alone for a range of about 50km, but we’re sure Ho-Pin Tung relied on the full power of both systems for the climb. Phil Jones, Land Rover Experience expert, said:

“This was the hardest Range Rover Sport challenge I’ve ever been involved with because, until we reached the top, we couldn’t categorically say we would succeed. By making it to the summit, we’ve proven the phenomenal capability of the Range Rover Sport plug-in hybrid like never before – with a genuine world first.”