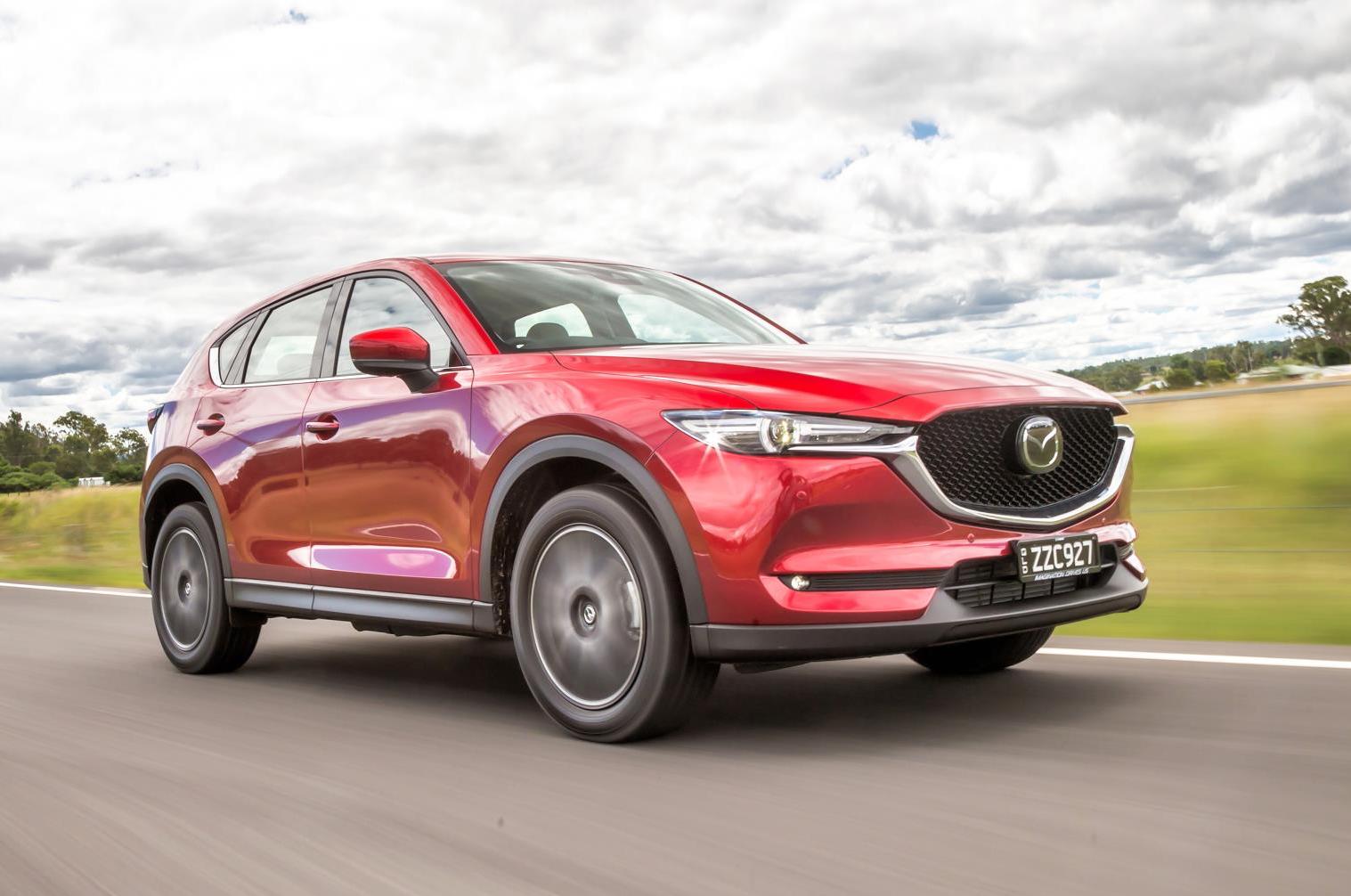 It seems Mazda is about to introduce its new 2.5-litre turbo-petrol engine for the CX-5 mid-size SUV. Well, if a California Air Resources Board document is anything to go by. 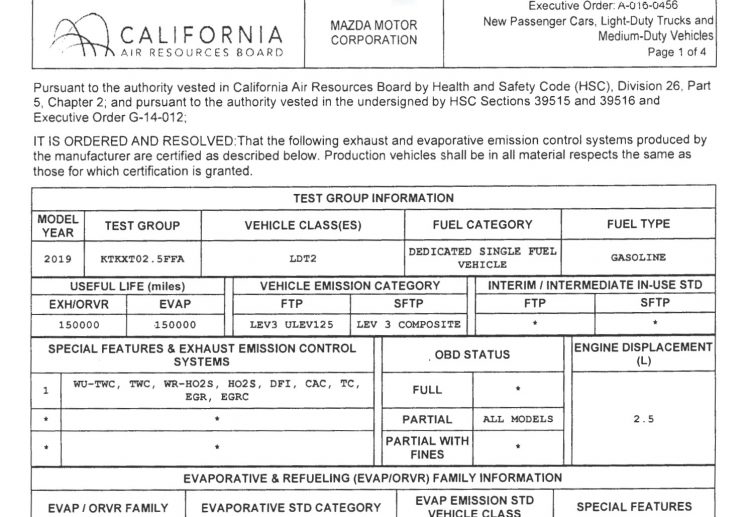 The document shows testing of 2019 model CX-9 and CX-5 specs, with the codes pointing to a 2.5-litre four-cylinder petrol engine with technologies such as direct injection (DFI), exhaust gas recirculation (EGR), and a turbocharger (TC). Given the document includes the CX-9, it’s basically a given that it is talking about the 2.5 turbo that was introduced with the latest-gen CX-9.

It does make a certain deal of sense for Mazda to move this way. It has been offering its 2.5-litre non-turbo unit for the Mazda6 for a while, before it introduced the new 2.5 turbo for it earlier this year. The CX-5 features the same 2.5-litre non-turbo, which could be on its way out over the next few years and replaced by the turbo. 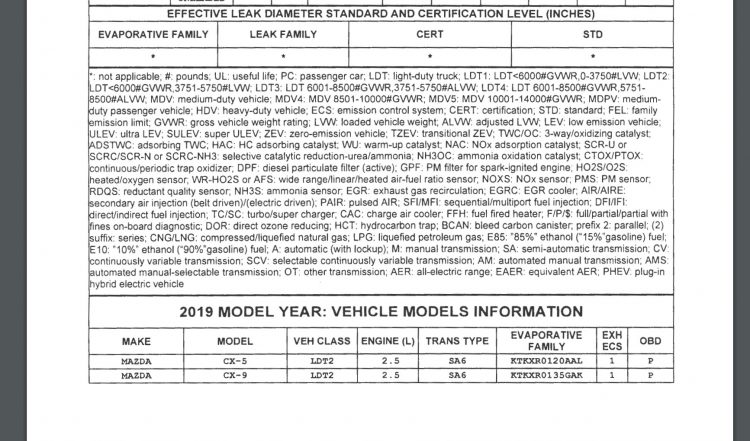 The new turbo unit features a ‘dynamic pressure’ turbocharger with a compression ratio of 10.5:1, which is quite high for a forced induction engine. As a result, the unit produces 170kW and 420Nm, however, the engine is tuned to run on 91 RON fuel. Mazda says running on 98 RON sees the power pick up to 184kW.

With 170kW on tap, the CX-5 could become one of the more powerful SUVs in the class. However, like the Mazda6, it will be late to the party in terms of outright power battles, for its class. Ford currently offers 178kW turbo version of the Escape/Kuga, and Holden offers a 188kW turbo engine in the Equinox.

Mazda hasn’t offered a proper sporty variant of any of its cars for a while. Actually, since the MPS versions of the Mazda3 and Mazda6, years ago. Could there be potential for a sporty CX-5 with the new turbo engine? We’ll have to wait and see and we’ll keep you updated.