To commemorate 20 years of official presence in the Chinese market, Ferrari has been celebrating for the last 11 months with various functions and events. The last function was put together yesterday, with Ferrari chairman Luca di Montezemolo on hand to meet the public. 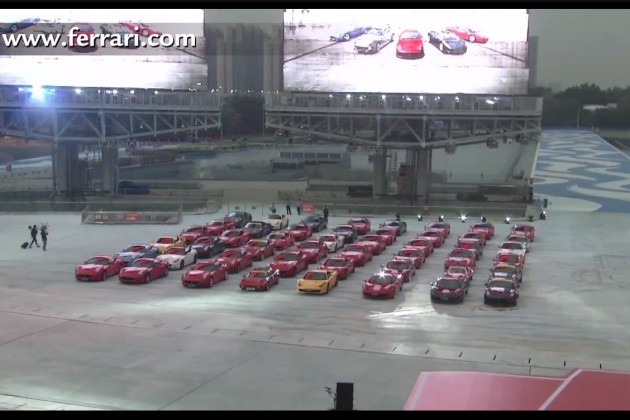 The final event included a special parade with numerous highly desirable Ferraris touring down the main streets in Guangzhou. Up to 250,000 people attended the parade to witness some of the breathtaking vehicles, and to have a chance to meet Montezemolo.

China is Ferrari’s second-largest market in the world, with 25 dealerships set up around the country. So far this year, 700 lucky people have bought one of the Prancing Horses. In comparison, Ferrari Australia has managed to sell 84 so far this year.

Click play on the video below for a brief glance of the event.