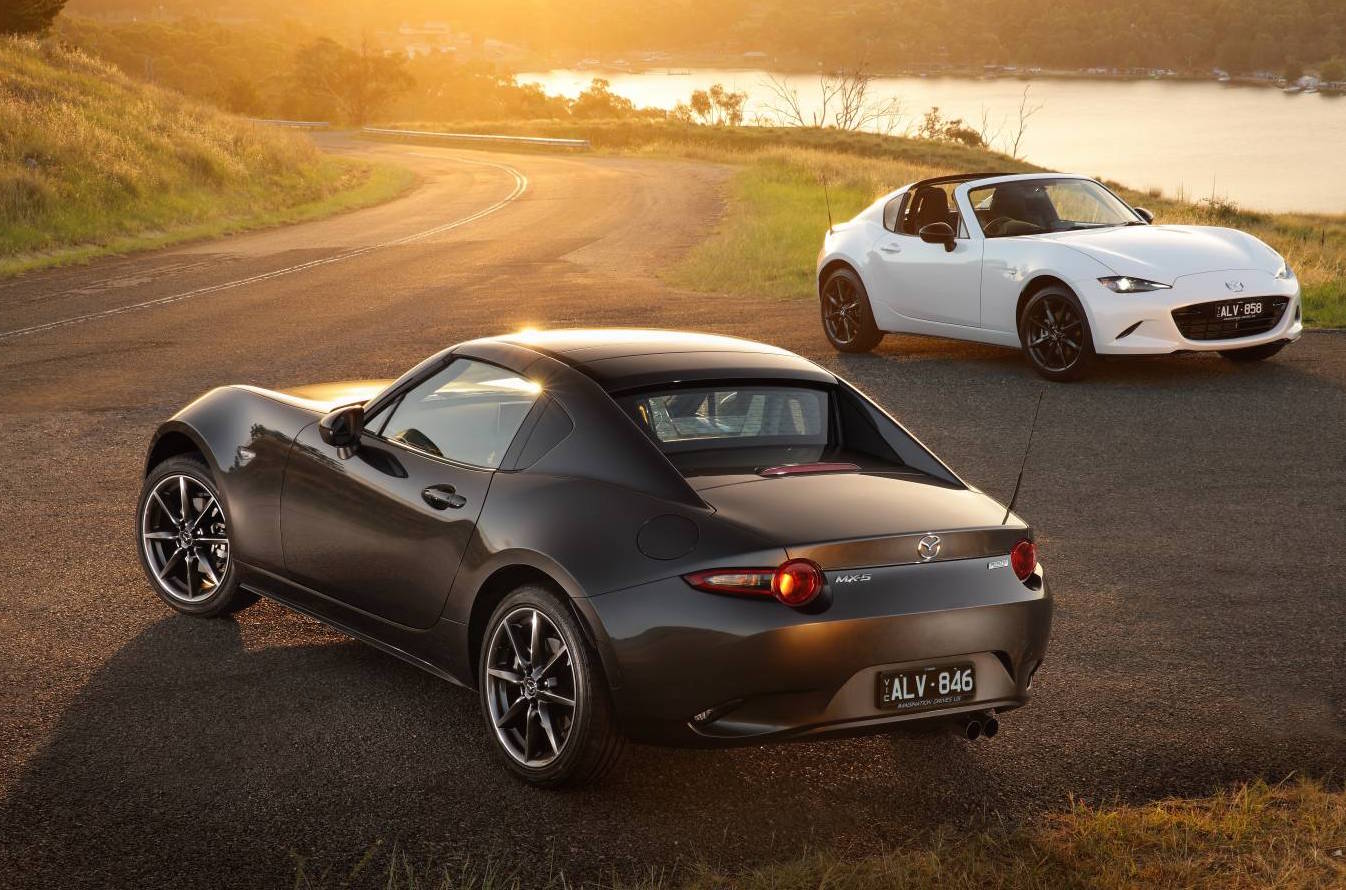 The exciting new Mazda MX-5 RF hardtop is now on sale in Australia, bringing an alternative exterior theme to the popular sports car. 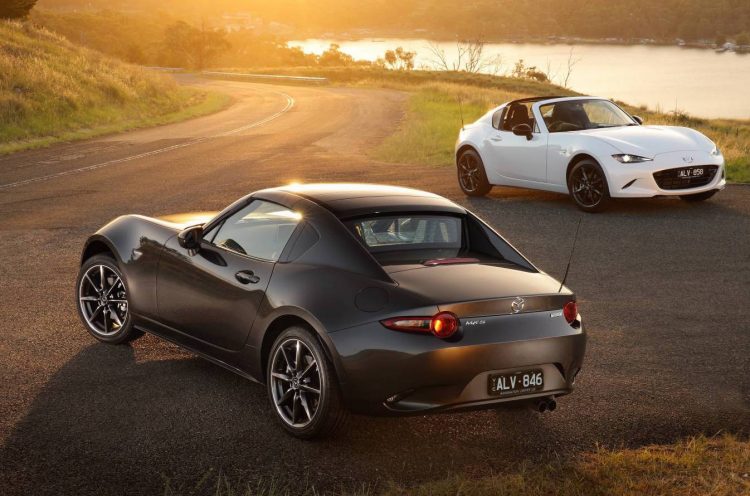 All MX-5 RF models in Australia come with the 2.0-litre naturally aspirated engine option, while the soft-top continues with the 1.5L and 2.0L offerings. The 2.0L produces 118kW and 200Nm, linked up to either a six-speed manual or six-speed auto, both with rear-wheel drive.

Two main variant grades are up for grabs, including the regular and the GT. There’s also a GT version that can be had with a black roof for a more distinct look, also packaging in Nappa leather for the interior.

As standard, the RF comes with 17-inch alloy wheels, LED headlights, and MZD Connect inside with an LCD screen with satellite navigation as standard. The GT adds black or tan leather trim, power mirrors, climate control, and heated seats.

In terms of the hardtop roof, it can be opened at closed, electronically, at speeds up to 10km/h. It takes around 13 seconds to complete the job.

The Mazda MX-5 was one of the most popular sports cars on sale in Australia last year, collecting up 1577 sales for the year. That gave it 8.7 per cent market share, and fifth place overall for popularity in the ‘Sports car under $80,000’ category. See below for prices for the RF (excluding on-roads):