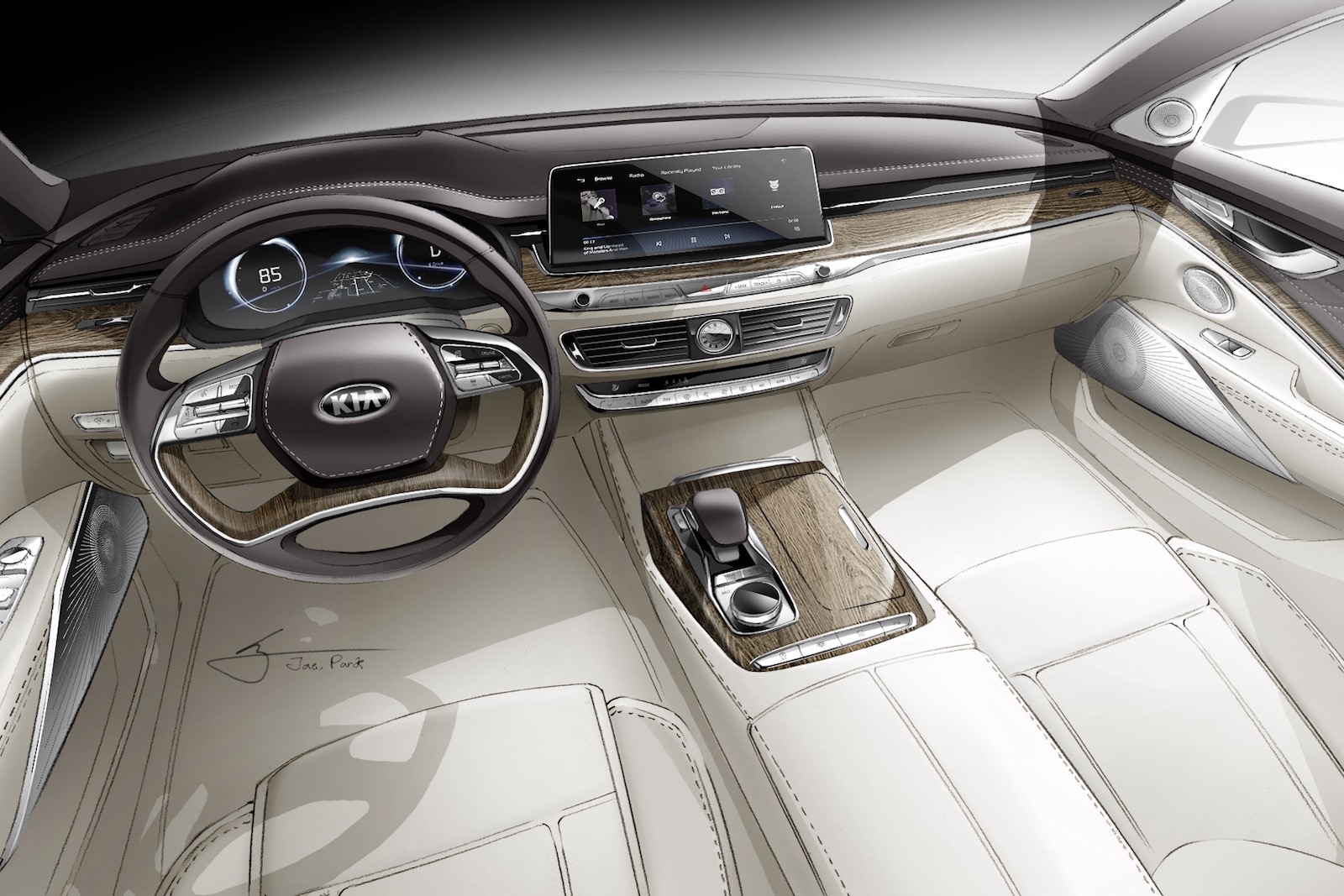 Kia has sent out a teaser sketch showing the interior design of its upcoming new flagship sedan, the K900. It shows an intimate, wrap-around approach to luxury decor. 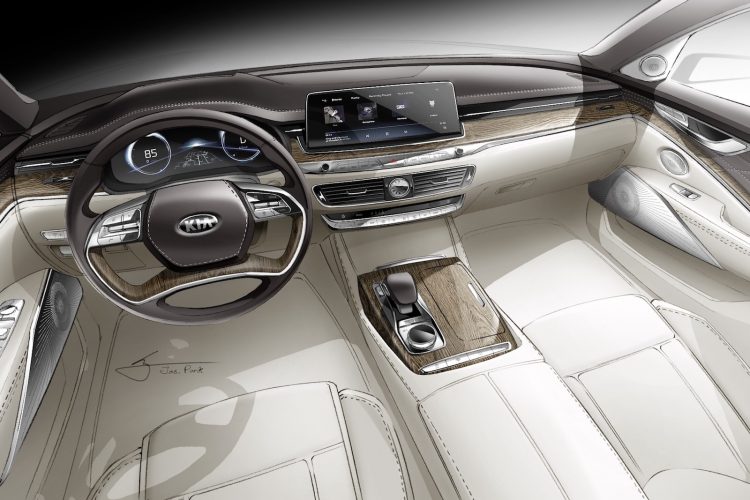 We saw a preview of the new model’s exterior earlier this month, showing an elegant, almost Mercedes S-Class-like design character with curvaceous doors and a defined bonnet, with Kia’s ‘tiger nose’ grille at the front, albeit one of the largest interpretations we’ve seen.

The K900 is the brand’s answer to flagship limousines from Germany, including the S-Class. It’s set to be based on the Hyundai-Kia BH-L platform which is shared with the Genesis G80 and G90, with the possibility of a 5.0-litre V8 and the Kia Stinger’s 3.3-litre twin-turbo V6 providing forward thrust.

As for the interior, it’s certainly luxurious and very up-market, with some advanced and innovative technologies bringing it all together. There’s a 12.3-inch wide-screen media interface that’s been especially integrated to support a sense of calmness for the passengers, with a fully digital instrument cluster for the driver, and 64 different mood lighting colours to choose

Kia says the decor showcases a blend of soft-touch surfaces, with wood and metal trimmings, and of course plenty of leather, helping to provide a decor of sophistication yet while being cocooned and separated from the outside world.

It’s all the result of a collaboration between Kia’s global design studio in Namyang, Korea, and the US design studio in Irvine, California. Speaking about the interior design in a statement, Kia said:

“Elegant by design, and with a minimalist layout, the interior of the new K900 provides the driver and passengers with a peaceful retreat in which to spend time.”

All will be revealed at the New York auto show which starts on March 28. Stay tuned for plenty of updates.