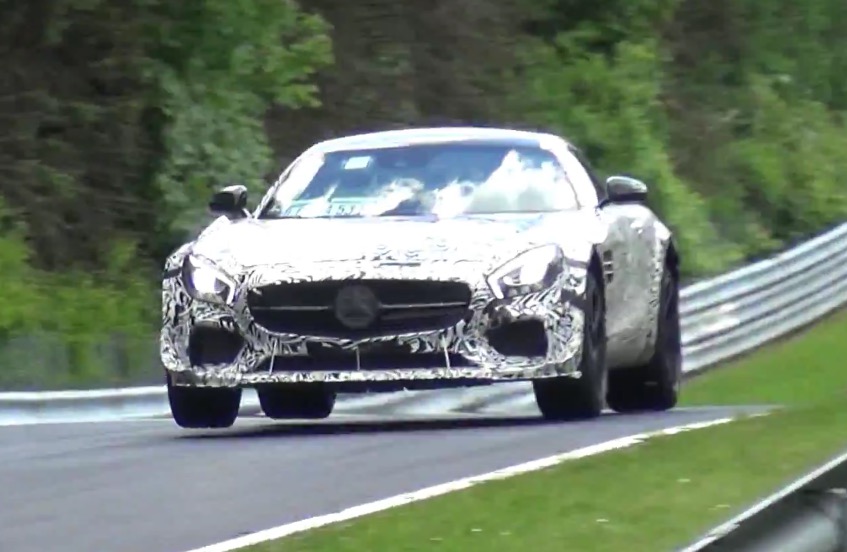 Mercedes-AMG looks like it is planning a higher-performance version of the GT coupe, as a mysterious prototype is spotted on the Nurburgring in Germany showing some interesting aero enhancements. 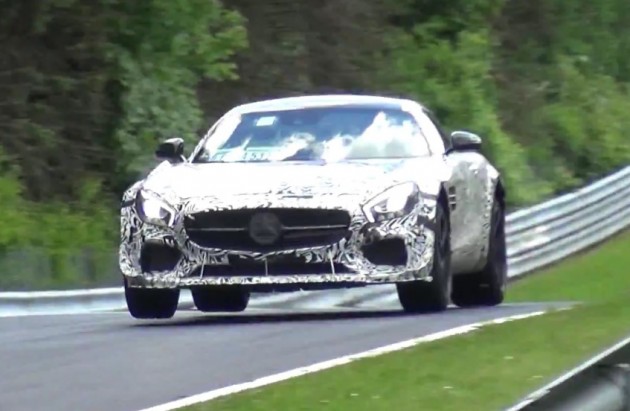 It’s understood it won’t be a ‘Black Series’ but instead it will sit just beneath an upcoming Black Series version. The special edition is set to focus on lightness and aero, along with tweaked engine performance. Despite the increase in aero downforce, the lightness seems to win out on the various bumps at the ‘Ring (see above).

In the engine compartment there’s speak of a tuned 4.0-litre twin-turbo V8, with output lifted from 375kW in the GT S variant, to around 400kW. With some weight reduction measures in place, like carbon fibre panels, the new version is likely to smash 0-100km/h in well under 3.8 seconds.

As you can see in this spy video, the car will have unique aero parts such as a large rear wing and a revised front bumper bar and spoiler system. The prototype also features unique wings on the front guards, however, it’s unknown if these will make it to production.

We can probably think of it as like a road-going version of the GT3 car. An easy name would be to call it the GT3 but Porsche would obviously have something to say about that since its rival vehicle is called the 911 GT3.

The regular Mercedes-AMG GT is currently on sale in Australia, in GT S form only. Prices start at $295,000 (excluding on-roads). Click play below for a preview, and keep a close eye on 1:45 where car seems to catch the driver by surprise.