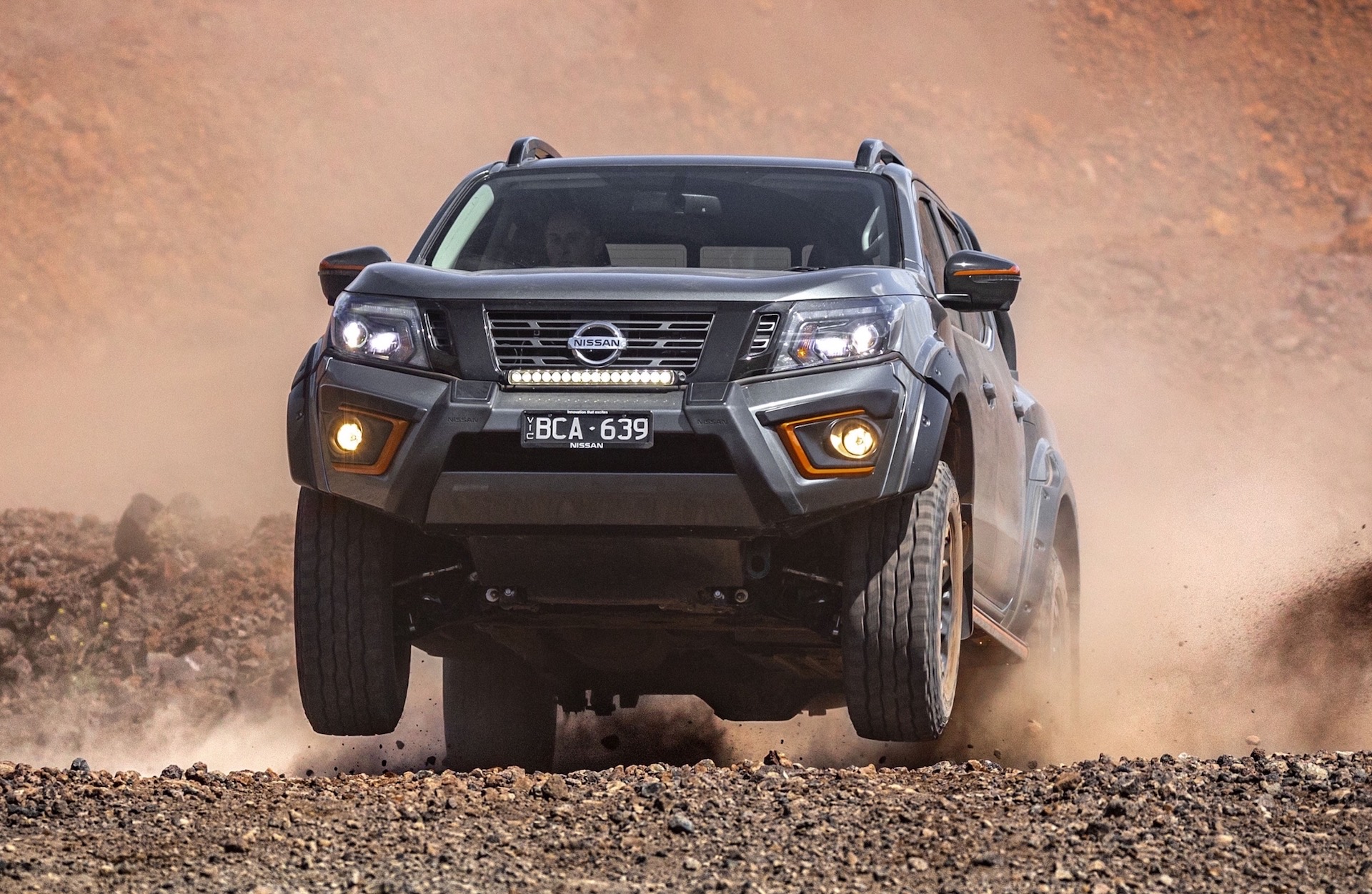 Looking to buy a tough, go-anywhere dual-cab 4×4 ute? You might be interested to hear Nissan Australia has launched its epic Navara N-TREK Warrior, which is a re-engineered ute developed and tested in Australia. 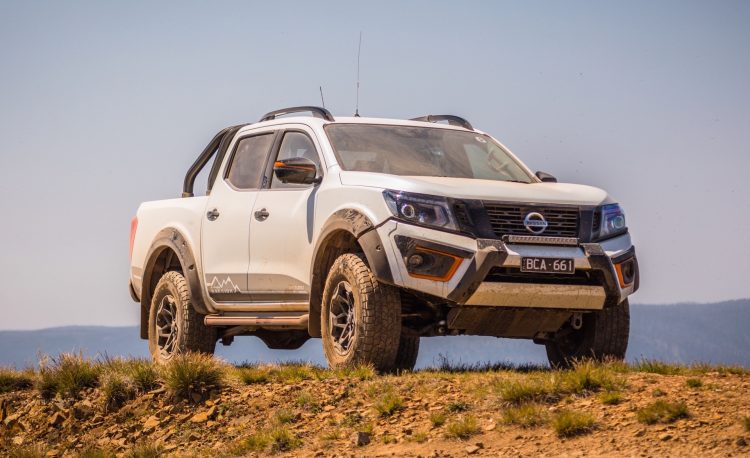 Not to be confused with the regular Navara N-TREK, the Warrior goes much, much further than just some stickers and cosmetic garnishes. The ride height is raised by 15mm thanks to custom springs (Monroe) and dampers (Tenneco), while a set of 32.2-inch Cooper Discoverer AT3 All-Terrain (275/70 R17) tyres take the ride height up by a further 25mm. That’s 40mm of extra lift overall, or 268mm in total. 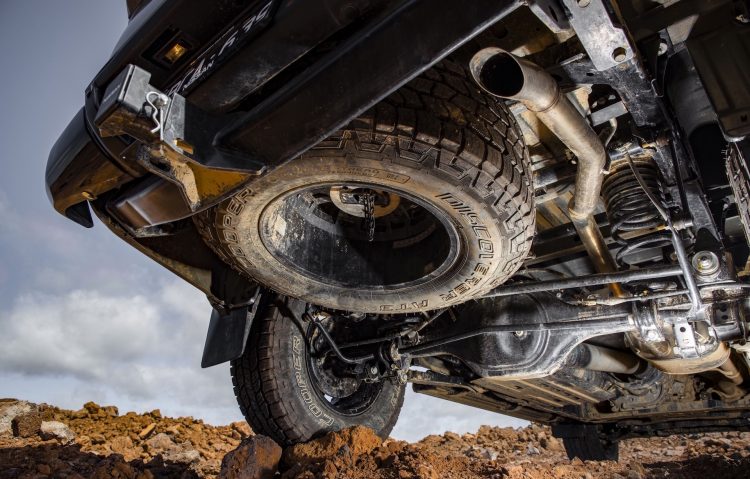 The approach angle is now 35 degrees, and there’s a 3mm stainless steel protection plate under the body even if you do scrub out. Due to the bulging tyres the track is stretched to 1600mm (from 1570mm). There’s also a hoopless steel bull bar added to the front, an integrated 470mm Hella LED light bar, and a unique tow bar cross member to accommodate the raised height (3500kg max towing remains).

Like on the regular N-TREK model, the body is dressed up with black wheel arch extensions, a black alloy sports bar, black side steps with orange highlights, black rear bumper and front grille, and black roof rails. So not only is it a rough and tough machine in the bush, it also looks tough. 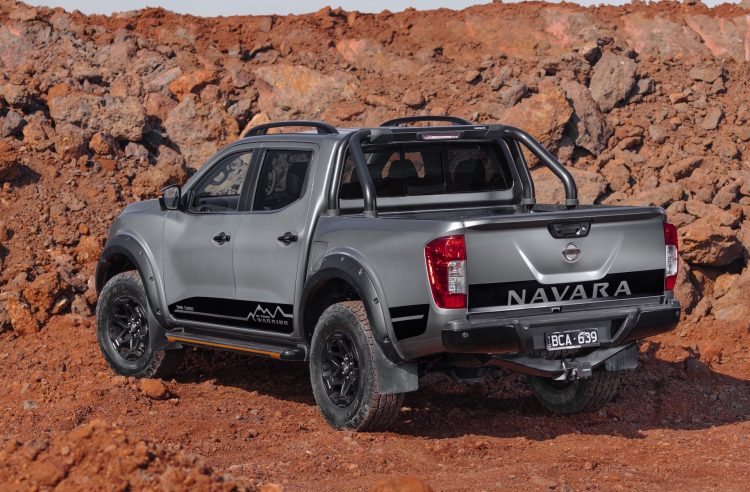 It was all put together with help from Premcar in Australia, with extensive real-world testing undertaken in northern Victoria. All parts and enhancements have been engineered so that Nissan’s factory five-year warranty remains. Speaking about the new model, Stephen Lester, managing director of Nissan Australia, said:

“We wanted to produce an Australian-market specific, adventure-oriented vehicle that can cope with our terrain, our climate and our driving expectations, for the booming premium dual-cab 4×4 ute market. This new top-end segment seeks higher specification, higher capability and higher visibility and is expected to show significant growth in 2020 and beyond.

“By leveraging local engineering expertise, adding fully-homologated and durability-tested components, customers can be assured that the N-TREK Warrior package will only enhance the Navara driving experience.”

Interested? Well, you can head in to your local Nissan showroom now and place an order. Prices start from $62,990 drive-away for the manual, or $65,490 drive-away for the seven-speed auto. Available colours include Cosmic Black, Slate Grey, and White Diamond. Keep in mind this isn’t a limited edition model. Nissan says it becomes a permanent part of the showroom.