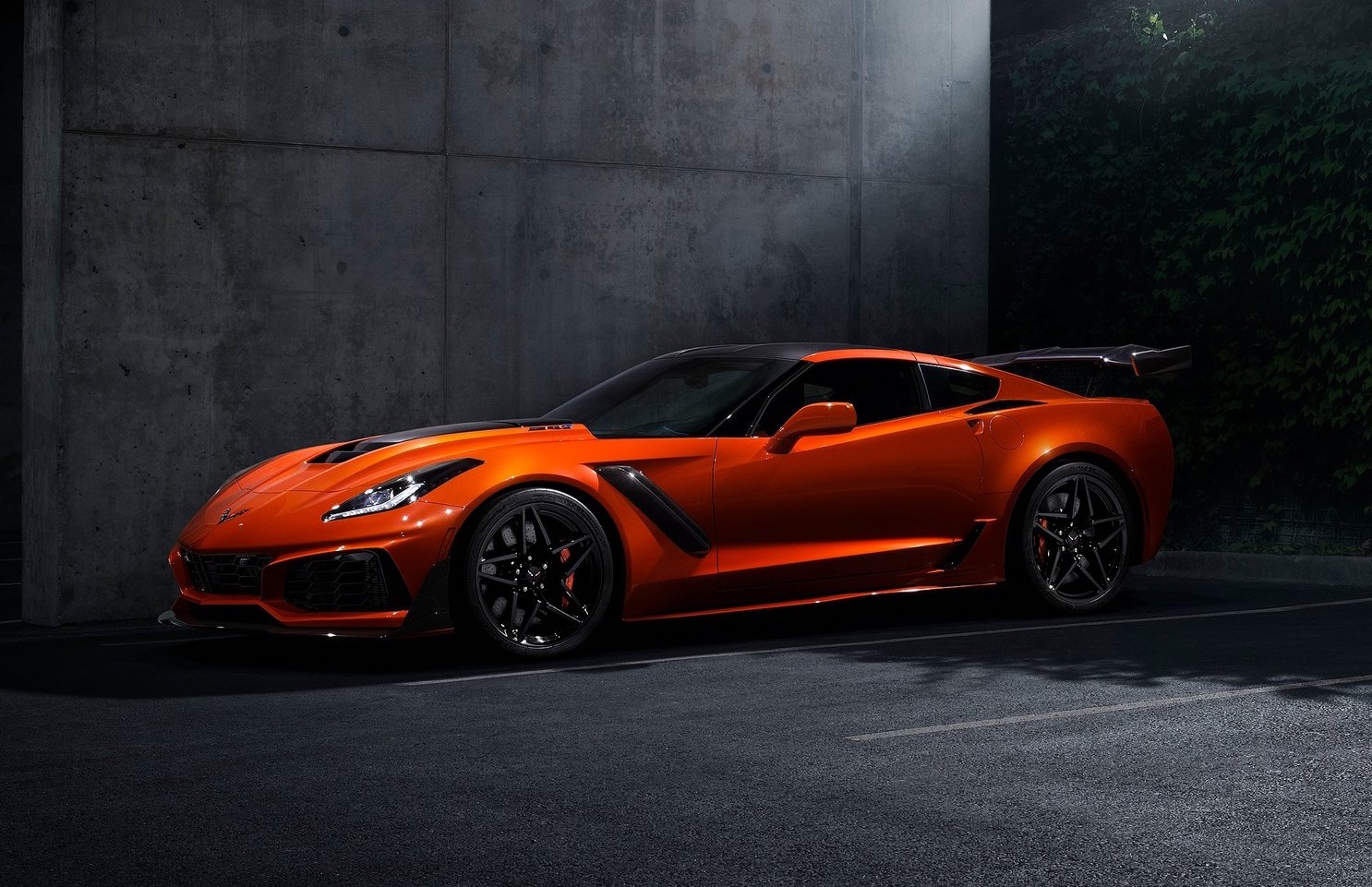 This is it. The 2019 Chevrolet Corvette ZR1, debuting GM’s awesome new LT5 V8 engine. It is, needless to say, the most powerful Corvette and indeed Chevrolet production car ever made. 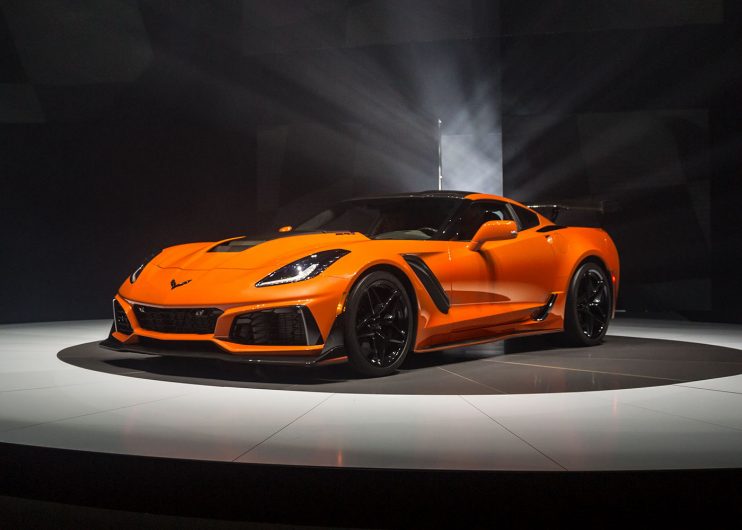 Starting with that engine. The LT5 is an evolution of the old LT4, comprising of 6.2 litres of combustion capacity, pressurised by an intercooled supercharger. Chevrolet says the supercharger offers 52 per cent more displacement than the LT4’s supercharger. There’s also direct injection and port injection for the first time, with traditional overhead valve push-rod cam gear, with two valves per cylinder.

The cast aluminium block and heads some how withstand huge forces, forces of which translate to an SAE-certified 563kW (755hp) and 969Nm (715 lb-ft). This is sent through either a seven-speed manual transmission or a new eight-speed automatic (first ever auto ZR1).

Acceleration figures haven’t been mentioned but the top speed is over 338km/h (210mph). Getting the power down to the ground via the rear-wheel drive system is helped by some Michelin Pilot Sport Cup 2 tyres measuring a monstrous 335/25 on the the rear, with 285/30s on the front. These are fitted to 19-inch front and 20-inch rear alloy wheels. 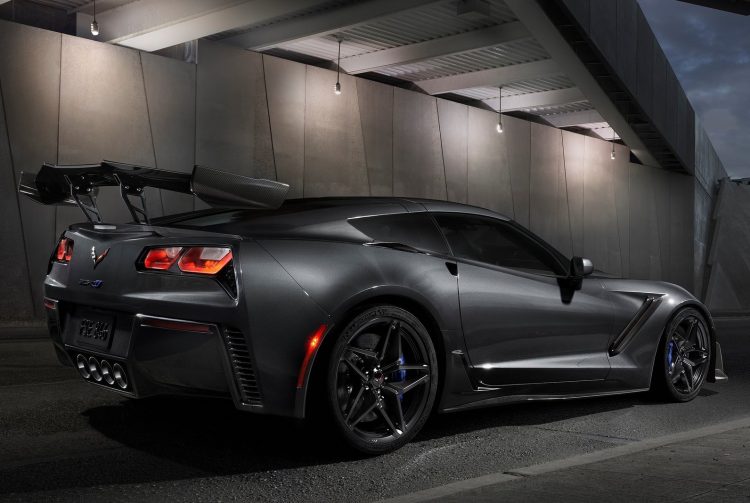 Handling is optimised by a full aero kit including a big rear wing, specially crafted front end with air intakes and guides, while the steering is conducted through a variable ratio rack-and-pinion system with electric power assist. Double wishbone suspension is used at the front and rear, with magnetic ride dampers adjustable for the driver.

Braking is taken care of by some eye-popping 394mm front and 388mm rear carbon ceramic matrix discs, clamped by six-piston aluminium front and four-piston rear calipers. Considering the new model only weighs in at 1598kg (kerb), the mighty ‘Vette should have no trouble pulling up on time no matter the speed.

Chevrolet will be offering the new model in a special Sebring Orange Design Package, which includes the vibrant Sebring Orange Tintcoat exterior, orange brakes, orange seat belts and stitching, and other orange and bronze highlights.

Sales will commence in the US during the first quarter of 2018, sold as the model year 2019 Chevrolet Corvette ZR1.