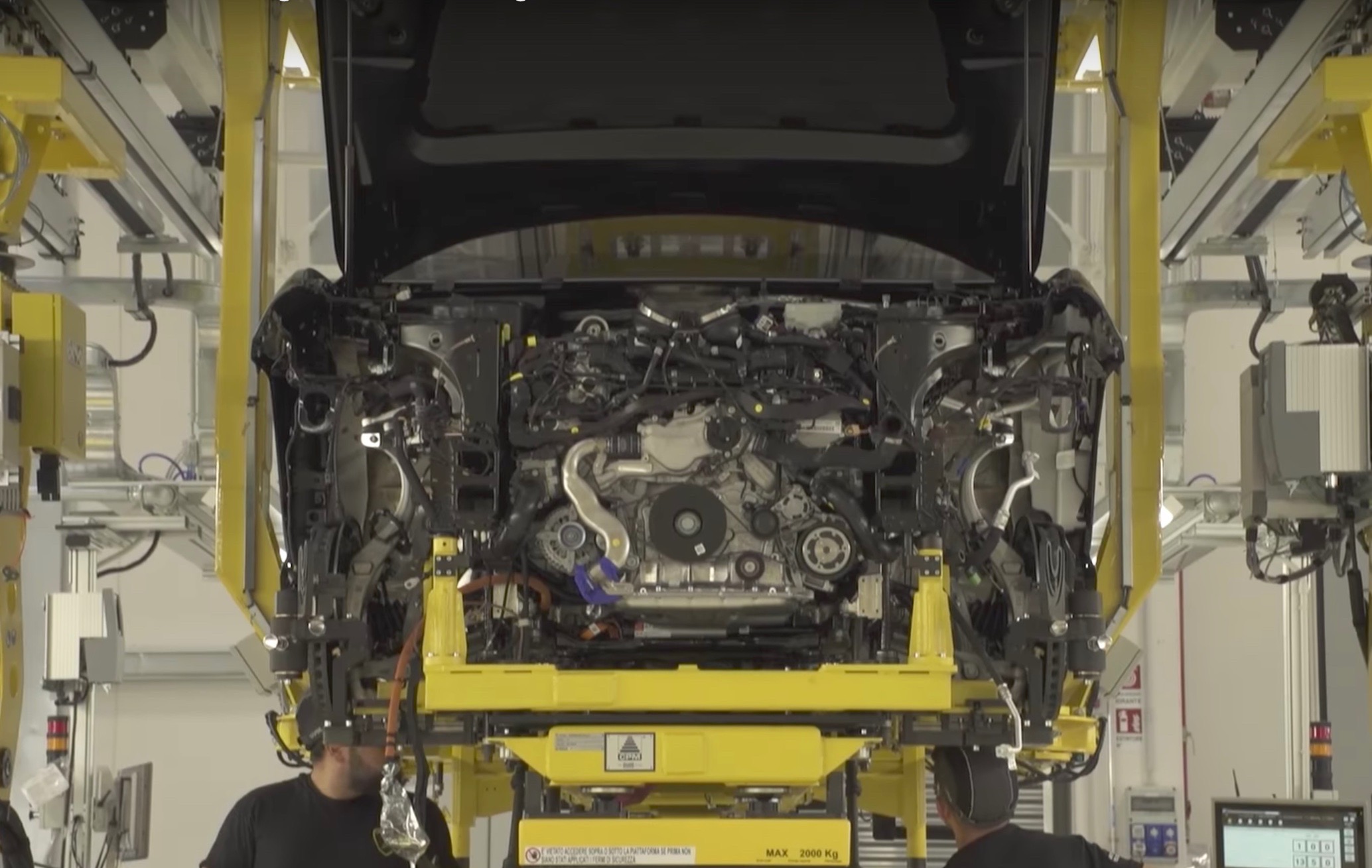 The Lamborghini Urus SUV has been previewed once again. And once again at the company’s newly-expanded production headquarters in north Italy. 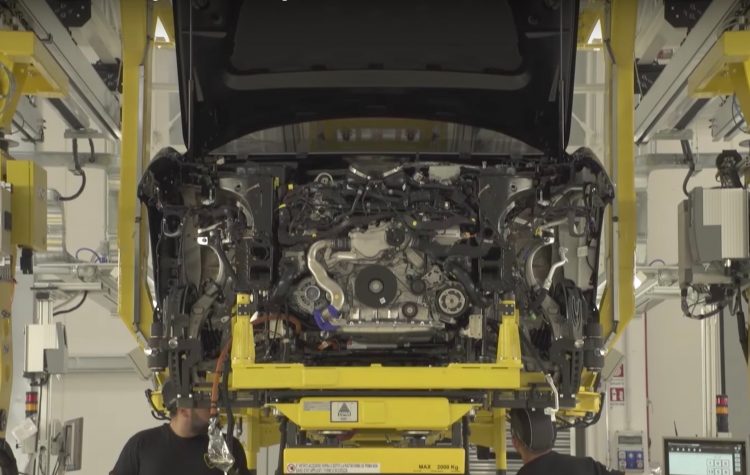 Lamborghini inadvertently previewed the new model in a promo video mainly showcasing its production facilities, that showed some sneak peeks of the SUV undergoing production. We got a quick look at the wheels, brakes, and a bit of the chassis and engine.

Then last week the company released a proper teaser video showcasing the Urus’s unique driving modes which include land, sand and snow, unlike any other model the Volkswagen-owned company has ever produced.

In the latest preview we get a quick look at the engine, showing a V8 layout. This unit is believed to be a variation of Porsche’s new 4.0-litre twin-turbo V8 which is found in the Panamera and Cayenne Turbo S.

For the Urus power is set to top at around the 470kW mark, which would make it the most powerful SUV on the market. Speaking about the production of the Urus, Matteo Ortenzi, chief project management officer at Lamborghini, said:

“It is often being said these days that Urus will be a Lamborghini game changer, and it certainly is. But it is not only a game changer because we are changing our industrial footprint, or because we will improve our corporate accounts in the coming years. The Urus was the trigger for a change in mentality within the company.”

A full debut for the Urus is set to take place on December 4, with market entry in Australia expected during the first half of 2018. Check out the promo video below for some more insight.