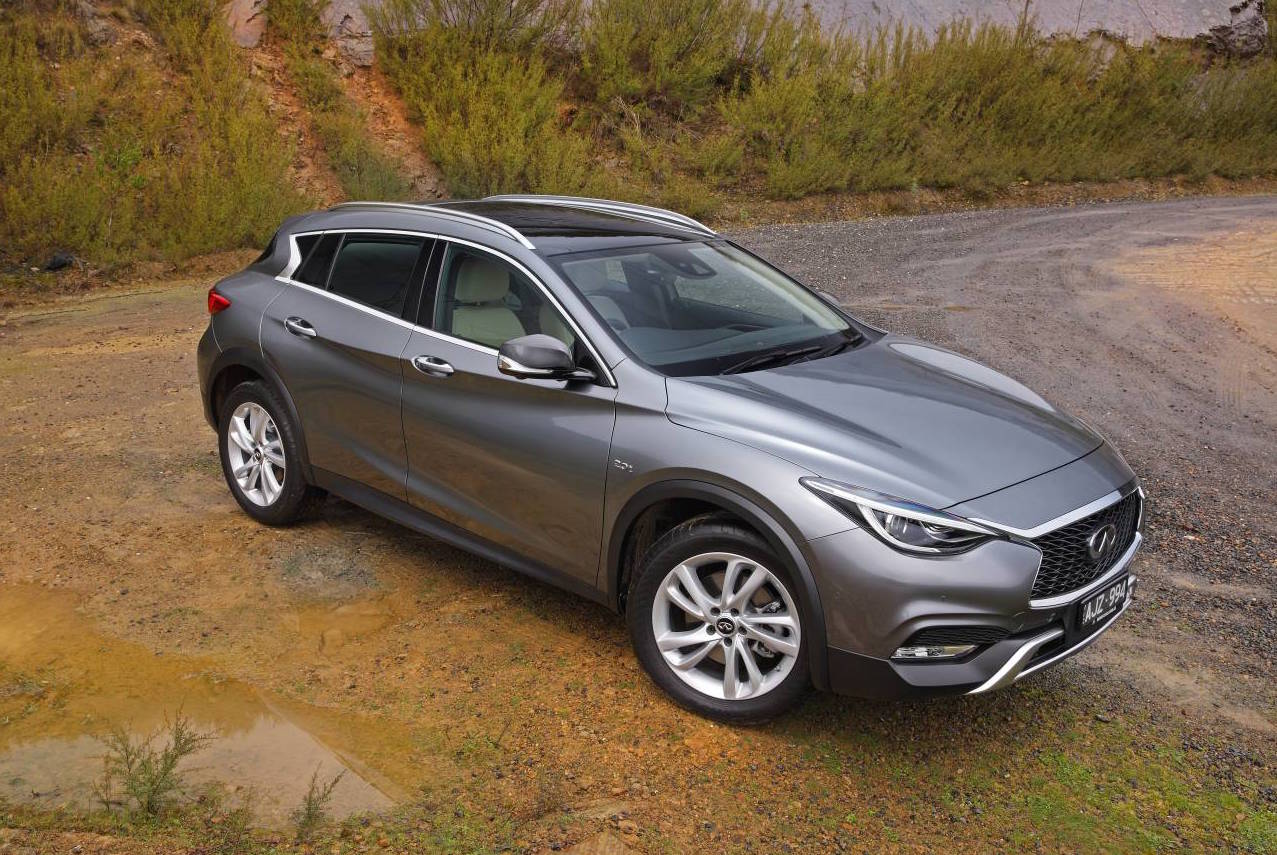 Joining the recently-launched Infiniti Q30, the luxury Nissan brand has now launched the off-road brother in Australia called the QX30. 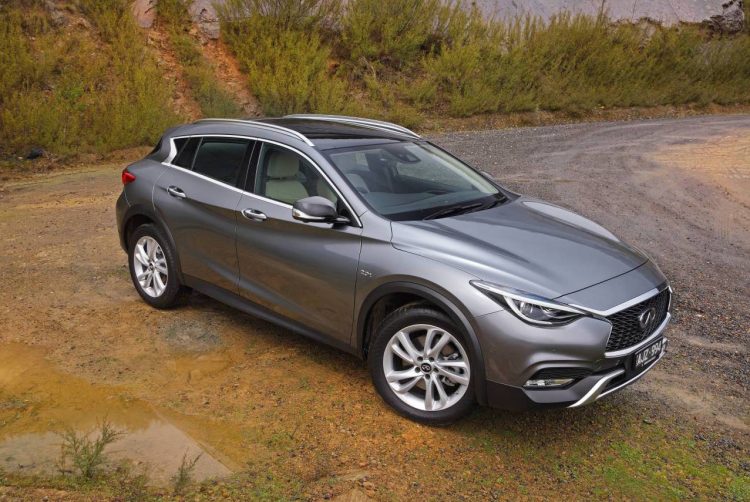 Based on the Q30, which itself is based on the Mercedes A-Class, the QX30 is ready to take on the small premium SUV market with the likes of the Audi Q3 (and upcoming Q2), the BMW X1, and the Mercedes GLA. It’s the first time Infiniti is stepping into this segment.

Two variant grades are being offered in Australia, including the GT and Premium. Both come with a 2.0-litre turbocharged petrol four-cylinder producing 155kW and 350Nm. This is sent through a seven-speed dual-clutch automatic and all-wheel drive system.

Fuel consumption is rated at 6.9L/100km on the combined cycle for both variants. Acceleration for 0-100km/h hasn’t been mentioned. 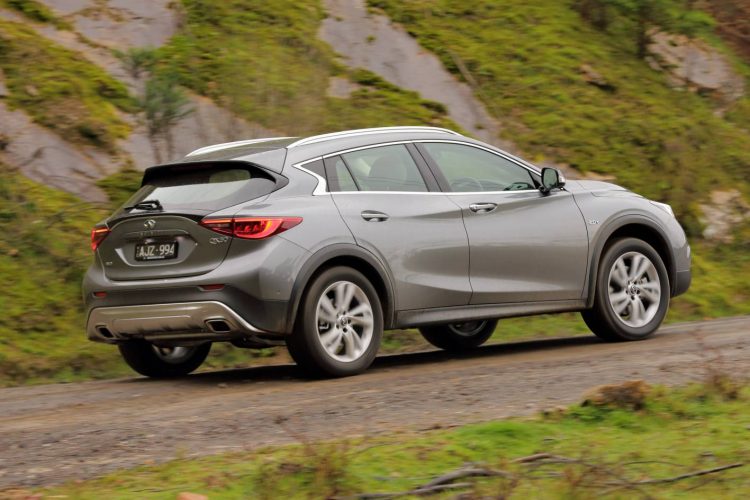 Both variants come with a suite of features and safety technologies, including automatic emergency braking and forward collision warning, tyre pressure monitoring, and a set of Brembo brakes with 320mm front discs.

Passengers are treated to a 10-speaker Bose sound system with a sub-woofer, as well as sat-nav and Infiniti InTouch apps via a standard 7.0-inch touch-screen interface. Active Sound Control is also part of the package.

Buyers can order their QX30 now, with prices starting from the following (excluding on-road costs). They come with a four-year/100,000km warranty package.