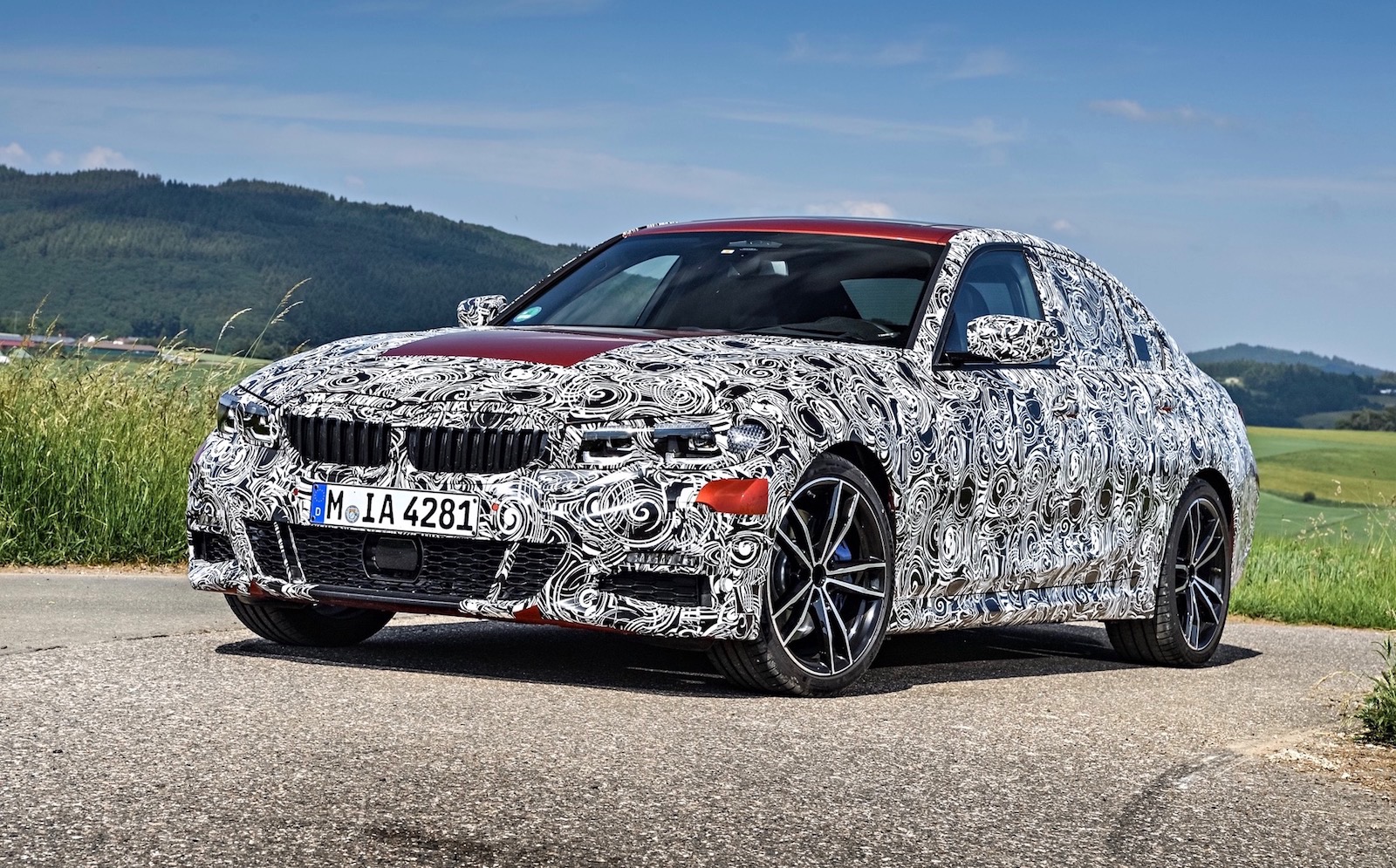 BMW has sent out a few preview photos of its upcoming 2019 BMW 3 Series ‘G20′ as it undergoes testing and development on the Nurburgring in Germany. The company has also confirmed some of the specs and finer details of the new model. 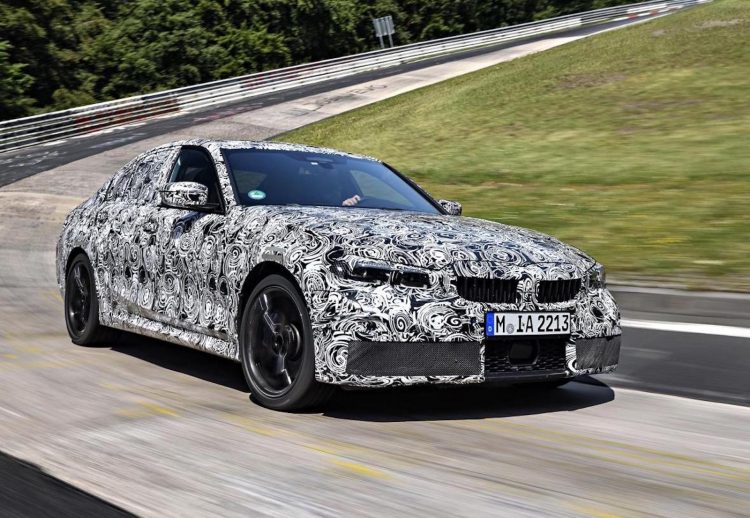 So, the hard facts. BMW says the new model has been engineered to offer a 50:50 weight balance between the front and rear, while as much as 55kg has been cut from the sedan’s kerb weight. The centre of gravity has also dropped by 10mm, which should help to improve handling and agility and the all-important driving feel.

Track widths have been increased over the predecessor for improved stance and stability, and the wheel camber levels have been increased. Suspension, steering, and brakes have all be overhauled as well, and BMW says rigidity levels of the body structure and suspension connections have been enhanced. The new model will be based on BMW’s latest CLAR platform.

For the first time, BMW is implementing new lift-related dampers which continuously and progressively adjust in respect to the spring travel. BMW says these help to neutralise bumps when cornering, while maintaining ride comfort. Peter Langen, head of driving dynamics, said:

“We’re using the lift-related dampers as an active set-up element so as to create supreme driving properties in all conditions. With short spring travel, a sensitive damping response ensures comfortable vibration compensation. When the car passes over large bumps, the body movements are controlled by increased damping forces.” 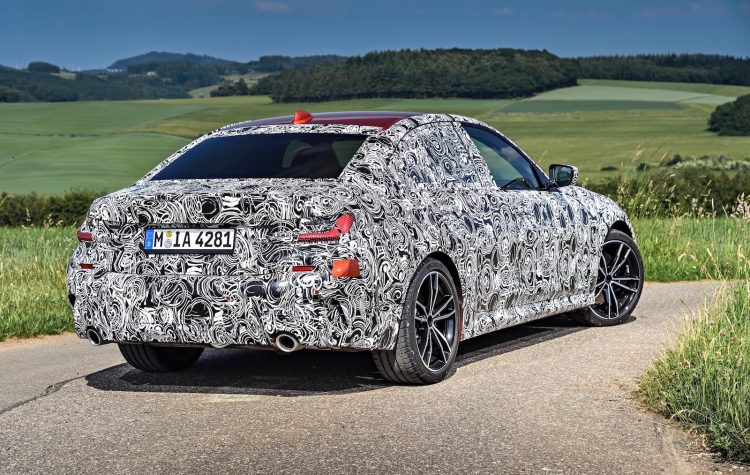 The lift-related dampers will feature as standard on the new 3 Series sedan, and also form part of the optional M Sport suspension setup which also lowers the car by 10mm. The new M Sport suspension is being tested extensively on the Nurburgring, where the damping forces are 20 per cent higher than the regular setup. Langen added:

“This means the difference from the standard suspension is much more perceptible than before. We’ve also made the M sports suspension much sportier, with more rigid bearings and stabilisers, harder springs and additional body struts.”

“Unlike conventional mechanical locks, the regulated M sports differential can optimise so much more than just traction. In addition to cornering dynamics, there is a particularly tangible increase in drive stability in the event of load changes, for example. This allows the new BMW 3 Series Sedan to be driven remarkably confidently and effortlessly even when travelling in dynamic style.” 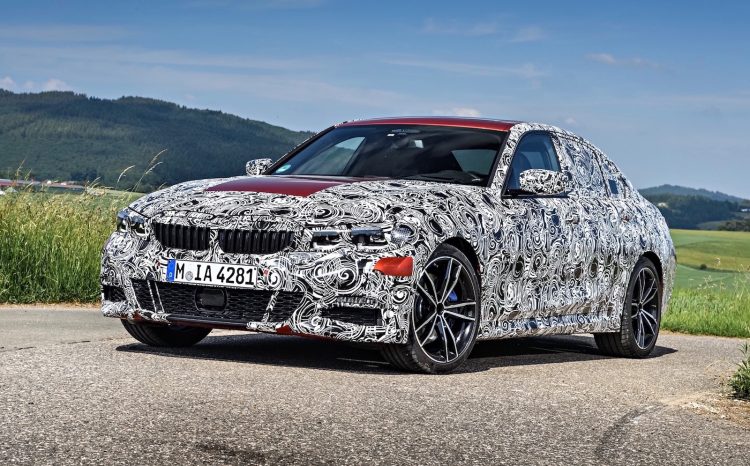 All powertrain details haven’t been confirmed yet. But, BMW says it will introduce a “thoroughly revised” four-cylinder petrol engine. It says it will be the “most powerful four-cylinder engine ever” fitted to a BMW production vehicle. Right now the most powerful 2.0-litre four-cylinder turbo that BMW offers in the 3 Series is featured in the 330i, producing 185kW. This could be tweaked to produce over 200kW.

Despite the increase in power, the company says fuel consumption is cut by 5 per cent compared with the equivalent outgoing engine. The improvements are helped by a recalibrated eight-speed ZF-based automatic transmission. A particulate filter is also used to cut emissions, with the unit passing Euro 6d-TEMP exhaust standards.

The 2019 BMW 3 Series ‘G20’ is expected to be unveiled some time later this year, with sales commencing next year. We’re sure there will be some more juicy details released over the coming months.