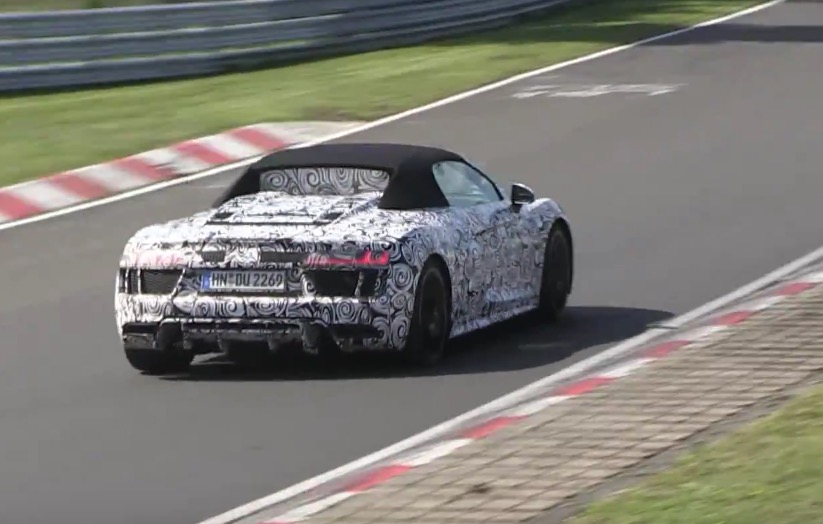 Audi has been spotted test driving a prototype version of the new R8 Spyder, based on the recently updated coupe model unveiled earlier this year. 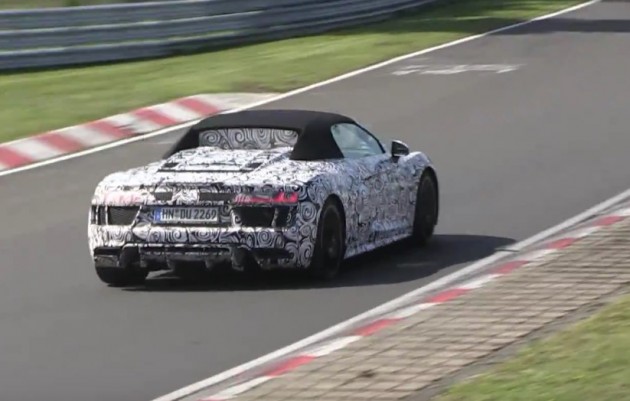 Like the coupe, the Spyder will probably spread its width by around 40mm for a more solid stance on the road, while the chassis is set take on board the stiffness tweaks that helped the coupe increase torsional rigidity by 40 per cent.

Engineers managed to shed around 15 per cent of the supercar’s weight for the coupe, and even though the convertible will weigh more than the hardtop it is expected to be similarly lighter than the outgoing Spyder.

Seen here stretching its legs on the Nurburgring and on country roads in Germany, you’re hearing a 5.2-litre V10 producing 397kW and 540Nm. It’s unknown if a ‘V10 Plus’ version will be launched in drop-top form, but in the coupe it uses a 449kW/560Nm V10.

Inside, Audi has created a more modern decor, with a completely digital instrument cluster like what is seen on its sister car, the Lamborghini Huracan. There’s also plenty of futuristic details and shapes around the place. The layout is set to carry over from the coupe to the Spyder.

A full debut is anticipated later this year, with market entry likely taking place during the first half of 2016. Take a look at the video below for a taste of what to expect.