Citroen Australia has announced the new 2012 Citroen DS3 hot hatch. It’s now $6000 cheaper than the 2011 model, and comes with a new engine and more features. 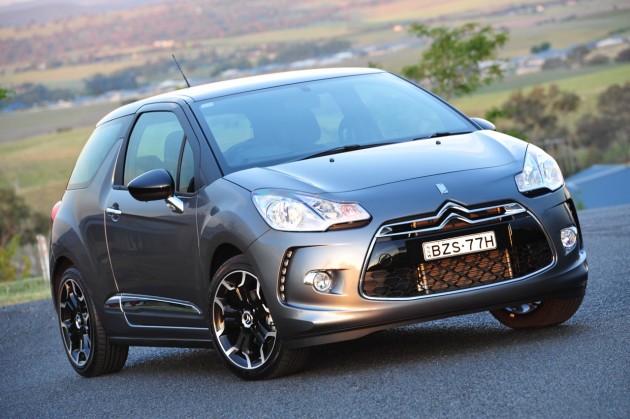 The 2012 Citroen DS3 DStyle comes with a new 1.4-litre four-cylinder engine producing 70kW of power and 136Nm of torque. It also comes with a new EGS five-speed semi-automatic transmission. The DStyle is the more laid back, and more fuel efficient option of the two variants, coming with an average fuel consumption rating of 5.5L/100km – down from 7.0L/100km from the old 88kW 1.6 four pot. 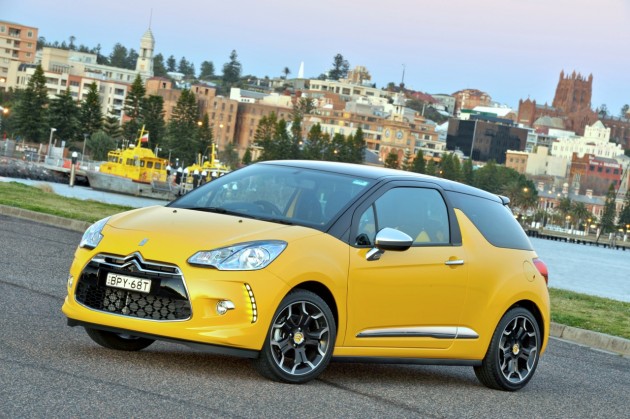 The DSport comes with a 1.6-litre turbocharged four-cylinder engine, partly developed by BMW, producing 115kW and 240Nm of torque. It’s capable of 0-100km/h in 7.3 seconds, while average fuel consumption is rated 6.7L/100km.

Standard features for the DSport include 17-inch alloy wheels, drilled aluminium pedals, chrome trimming for the front grille, side mirrors, and sections of the rear hatch. It also features a rear spoiler and digital automatic climate control.

Both DS3 variants are available in customisable two-tone colour schemes, with contrasting roof colours and matching key fobs, while parts of the DSport interior can also be tailored in various colours. Both variants showcase class-leading boot space, capable of swallowing 285 litres, or 980 litres with the rear seats folded down – compared with 160 litres in the MINI Cooper, and 270 litres for the Alfa Romeo MiTo.