The driftalicious Toyota 86 (and Subaru BRZ) has been the subject to many, many engine swaps in its five year existence. We’ve featured 2JZ inline-sixes, the VR35DETT from the R35 Nissan GTR, V8s and even a Ferrari 458 Italia donk. We have to say this one takes the cake, though. 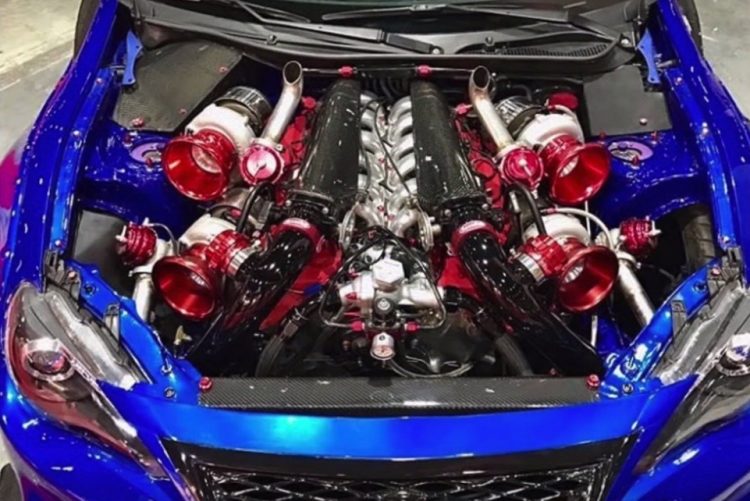 Here we have the 1GZ-FE 5.0-litre V12 made specifically for the dignitary and Yakuza-ferrying Toyota Century, which is pretty gobsmacking in itself. Add four hairdriers into the mix and you have something altogether more intense.

Aside from the loud blue paintwork, the car has massively pumped guards, slick tyres all round, round taillights and a Camry-esque front grille.

This creation was seen at the Emirates Custom Show in Abu Dhabi and makes 596kW (800hp), possibly due to a mild level of boost. Check out the videos below for more, including the bottom one that demos the awesome sound of this machine.