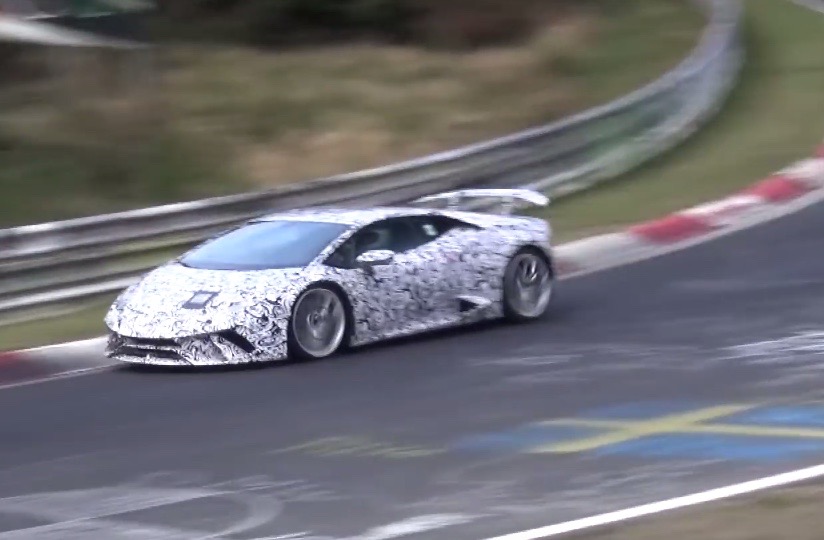 According to the European Union Intellectual Property Office, Lamborghini has registered a trademark for ‘Huracan performante’, suggesting a new special edition is on the way.

Lamborghini fans will remember the old Gallardo Performante, which was essentially a drop-top convertible version of the high-performance Gallardo Superleggera. It adopted the higher-output engine of the Superleggera, while showcasing various weight reduction measures.

For the potential Huracan Performante, we’re expecting it to be the convertible version of the upcoming Superleggera. Although Lamborghini is yet to officially confirm such an edition of the Huracan, various prototypes have been spotted testing on the Nurburgring – as shown in the latest video below.

The prototypes feature more aggressive aero elements including a big rear wing that’s not seen on the regular Huracan, and a revised front end with a lower chin and deeper air intakes.

Some weight reduction is likely, with around 100kg potentially being lobbed from the V10 supercar. Speaking of V10, the 5.2-litre naturally aspirated engine is also expected to see some tweaking, with output likely to be lifted from the current LP 610-4’s 449kW to around 460-470kW.

This, along with a drop in weight, would help the beast produce quicker acceleration times and better overall performance, especially on the track.

The regular coupe ‘Superleggera’ – name not confirmed – will probably launch first, some time in the next six months, followed by the Performante convertible version perhaps later in 2017.