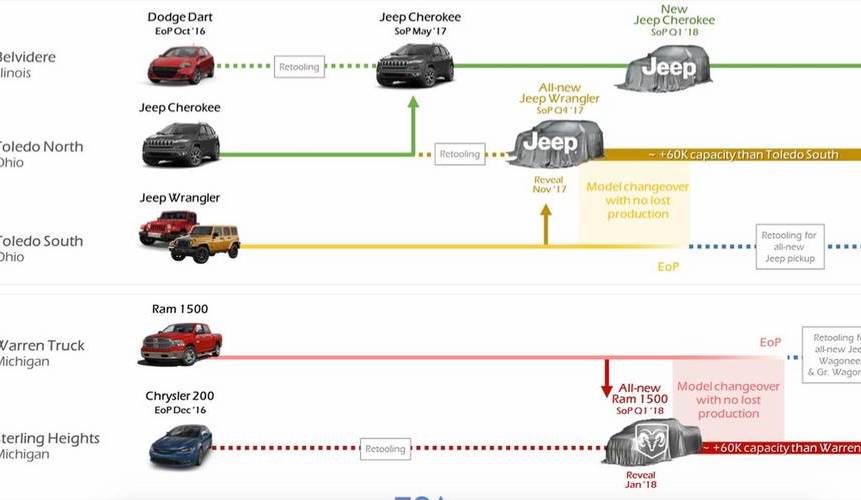 It looks like the 2018 Jeep Wrangler will be officially revealed on November 17, according to an FCA product timeline. This follows numerous leaks and spy shots that have already revealed plenty of details. 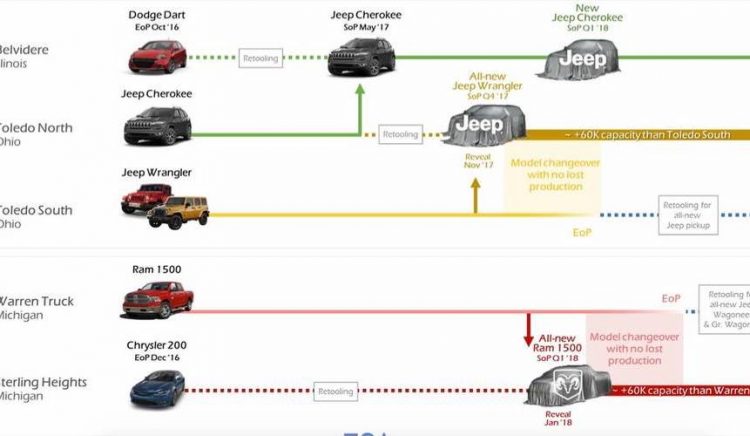 Just a couple of weeks ago the full owner’s manual and user guide for the 2018 Jeep Wrangler appeared online, detailing things such as the removable hard-top roof, and the oil capacity for both the 3.6 V6 and the new 2.0-litre four-cylinder.

Now, Fiat Chrysler Automobiles has released this timeline as part of its third-quarter results package. It clearly shows the new Wrangler debut is locked in for November 17. An earlier reveal might take place online.

Also confirmed in the document is the new Jeep Cherokee which will debut during the first quarter of 2018. Spy shots have indicated the new model will adopt revised headlights, swapping out the controversial squinty items on the current model.

As far as we know, the 2018 Wrangler continues a very similar design as the outgoing model, with soft-top and hard-top roof layouts, and in two-door and four-door guise. It will retain the solid axle front end, and should continue as one of the most capable off-road production vehicles on the market.

The new Wrangler will be built at Jeep’s Toledo north plant in Ohio, switching from the previous south plant. Jeep says the move is part of the company’s two-phased, US$3.5-billion industrialisation plan to “realign its US manufacturing operations”. Jeep has produced over two million Wranglers at the south plant.