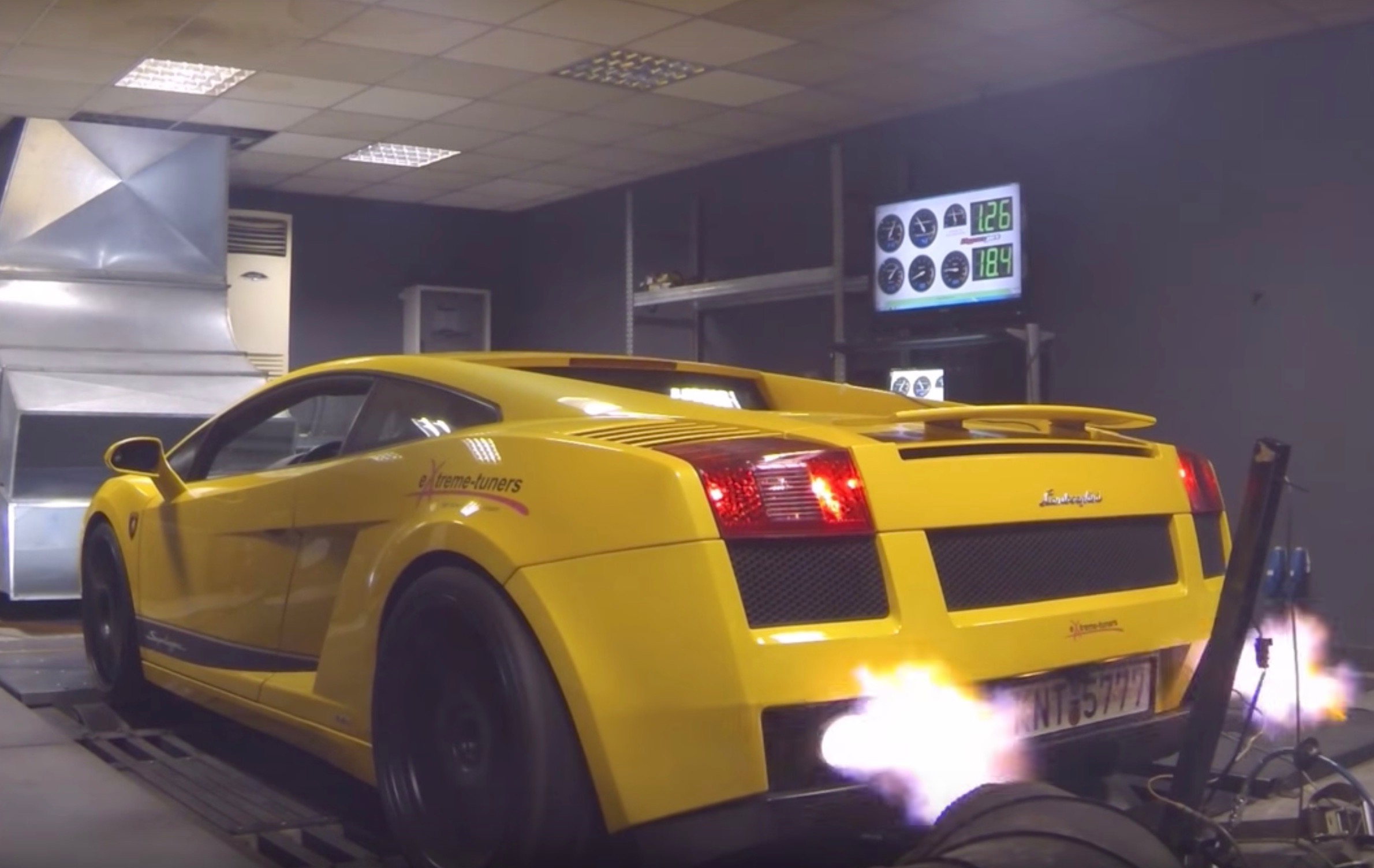 Love huge horsepower? Love huge revs? Then you’ll be utterly satisfied with this video. It shows a twin-turbo Lamborghini Gallardo on the dyno screaming out about 3500hp at 12,000rpm. 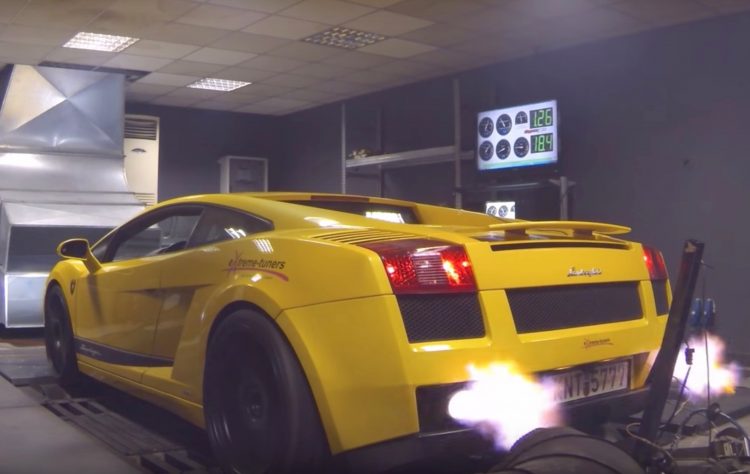 Yep, the Gallardo’s 5.2-litre V10 is naturally aspirated in factory form. But it hasn’t stopped tuners strapping twin-turbo kits to it to extract even more power from the Italian beast. Fitting turbochargers usually (but not always) sees the rev range drop; turbo engines don’t commonly need to be revved all that high to achieve power, especially torque.

For this combination to achieve massive power and at very high revs means it’s running n extreme setup. The company behind the build, fittingly named eXtreme Tuners, used a combination of a stroker kit and a very high compression ratio of 14.8:1 to achieve max revs and power.

The company is apparently planning to offer three power-up kits for punters. Kicking off with the ‘mild’ kit sees your Lambo churn out 2500hp (1865kW), or you can have the intermediate kit for 3500hp (2611kW), or, if you’ve completely lost your marbles there’s the 5000hp package (3730kW).

There’s no mention of any warranties on these kits, but we suspect they’ll hold together for at least one dyno run. As was probably the case for the car in this video below. It shows the project car running at 12,000rpm and laying down around 3500hp in the process. Insane.