Even though rivals of BMW’s M sedans and coupes offer all-wheel drive powertrains, M Division isn’t about to let go of the traditional and much more driver-involved rear-drive layout any time soon. 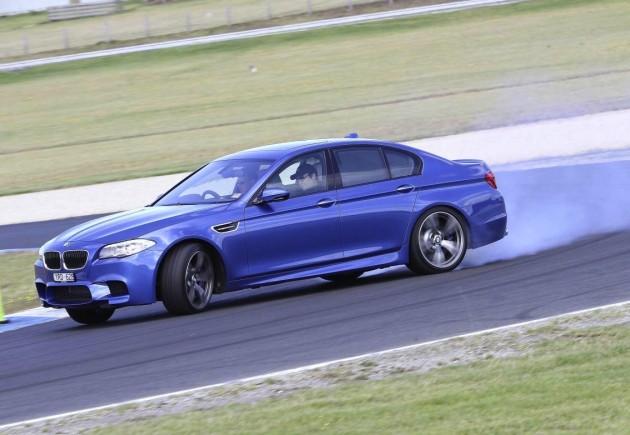 In a recent Autocar report in the UK, BMW M Division boss Friedrich Nitschke said BMW M cars will remain committed to rear-wheel drive. This is great news for the diehard M3 and M5 fans who have appreciated rear-drive since the beginning. Nitschke said,

This is despite the fact there is market demand for all-paw grip, especially in overseas regions where snow is a common occurrence. In fact, most of the competition does off all-wheel drive, including vehicles such as the Mercedes-Benz E 63 AMG 4MATIC (available in overseas markets), and of course the Audi RS 6 with its quattro setup. Both of these cars go head to head with the BMW M5.

It’s not that BMW doesn’t have the technology either. All-wheel drive, or ‘xDrive’ as BMW calls it, has already been available on the 3 Series and 5 Series overseas, however, in the name of performance and keeping weight down, it’s a compromise BMW M is not willing to make. According to Nitschke the xDrive system brings an 80-90kg weight penalty.

Another technology that has changed over the years is the manual transmission. There was a time when the BMW M3 and M5 were only available with a manual. Nowadays, more examples are sold with an automatic-type gearbox – in Australia, the current M5 isn’t even available with a manual – however, Nitschke said that as long as there is demand for the manual, the company will continue to offer it.