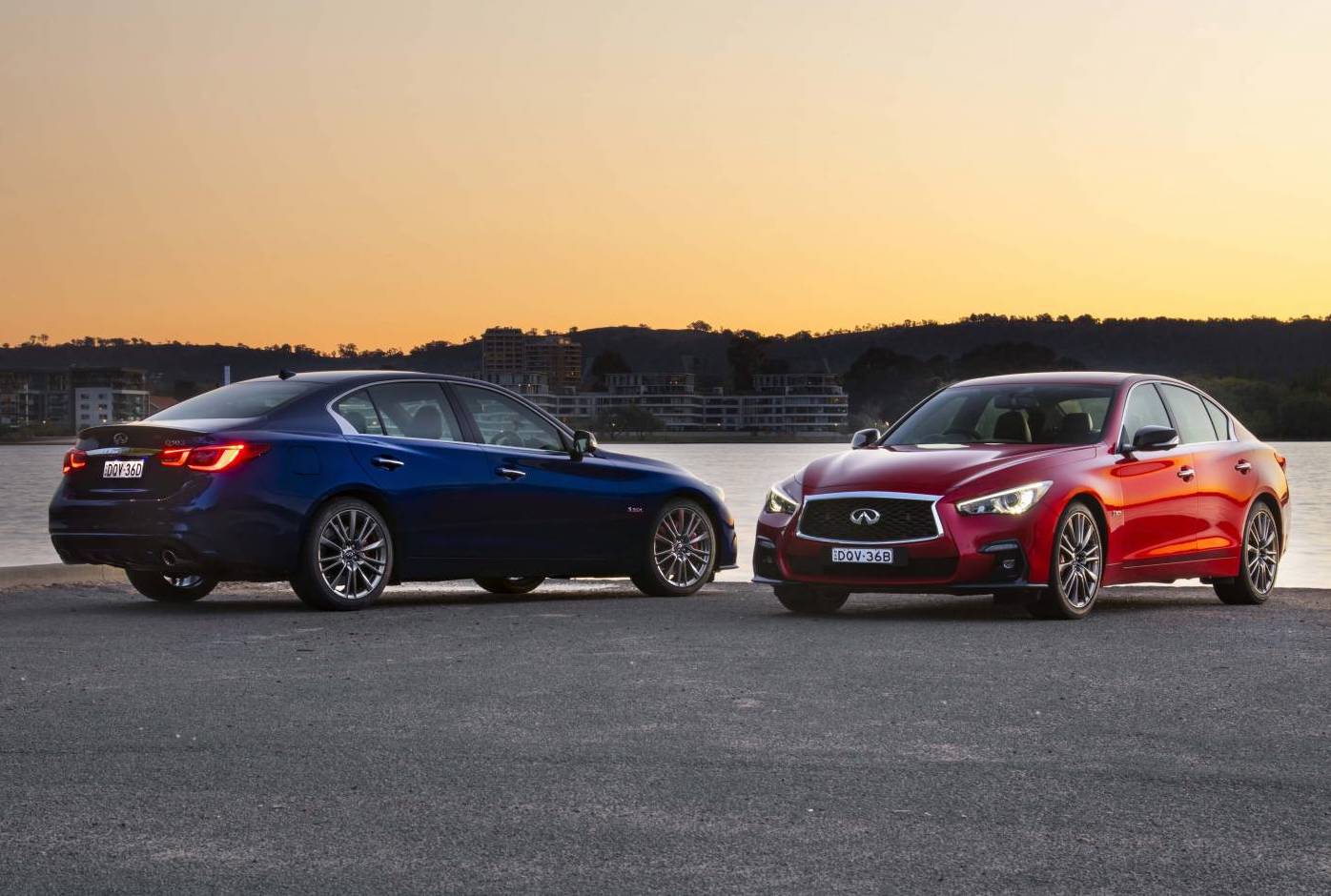 Infiniti Australia has announced the facelifted Q50 sedan range for the launch of the 2018 model. It brings in a number of styling enhancements inside and out. 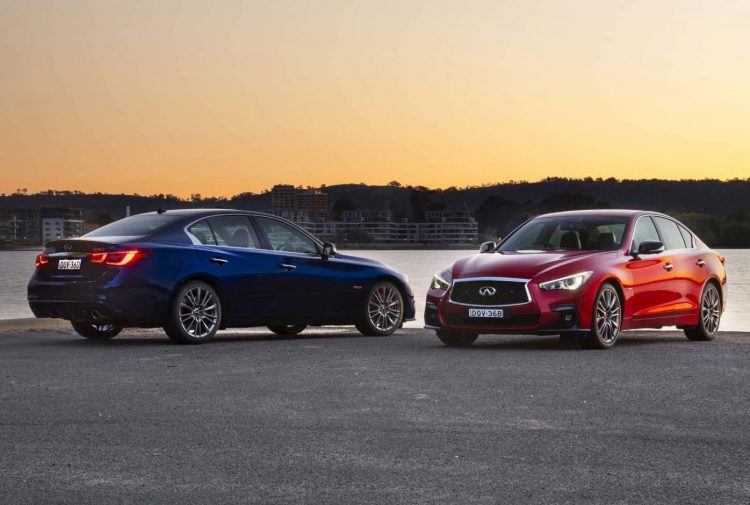 All new variants, including the GT, Sport Premium and flagship Red Sport, get a fresh front fascia with unique trimmings for each, and a similar update for the rear. The Red Sport adds grey inserts front and back to highlight its performance edge.

The GT gets new-look 18-inch alloy wheels, and the Sport Premium and Red Sport get 19-inch items. For the Red Sport these are painted in dark chrome to match the dark grey exterior trimmings, and feature red-painted brake calipers hiding behind.

For the interior there’s a new steering wheel and gear level, with ambient lighting for the Sport Premium, and the twin touch-screens carried over from before. The biggest upgrades are applied to the Red Sport though, which gets red stitching, semi-aniline quilted leather, and improved memory foam for the seats. 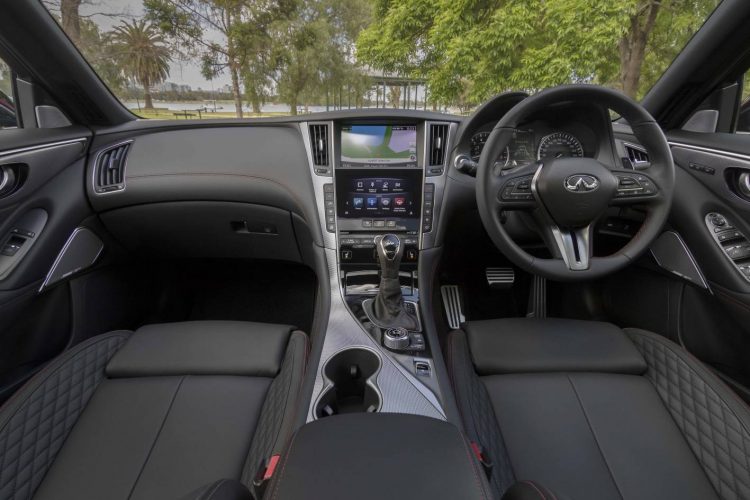 All come with a seven-speed automatic transmission, with Infiniti’s next-gen Direct Adaptive Steering and Digital Suspension available for some. Drivers can toggle through a number of driving modes as well for further versatility. Speaking about the updated model, Infiniti Cars Australia managing director Changhwan Lee said:

“Infiniti is a very fresh, young brand, so we are excited when updates come through. We have seen growth across much of the INFINITI range this year, and the update to Q50 will give it a sales push.”

The new model is on sale now and available in 10 exterior colours, including a new Dynamic Sandstone Red, with prices starting from the following (excluding on-road costs):