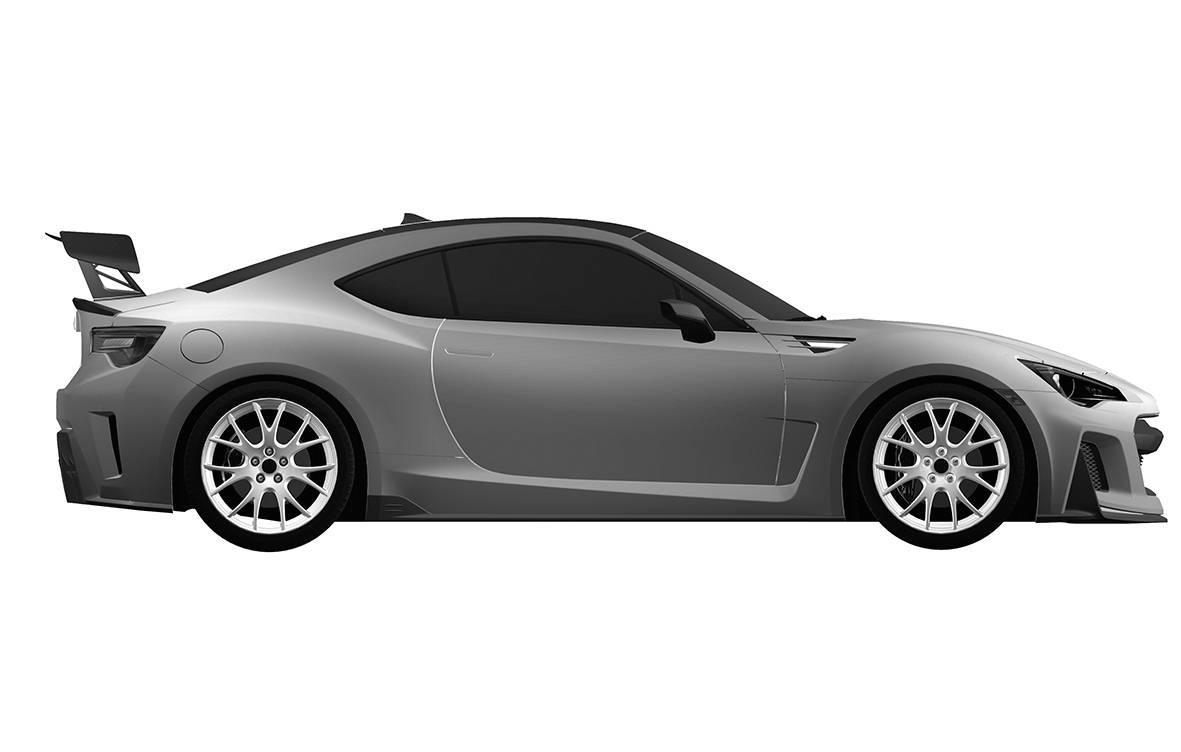 Design patents showing a Subaru BRZ dressed up in STI-like goodies have been found, hinting at a possible BRZ STI production car of the future. 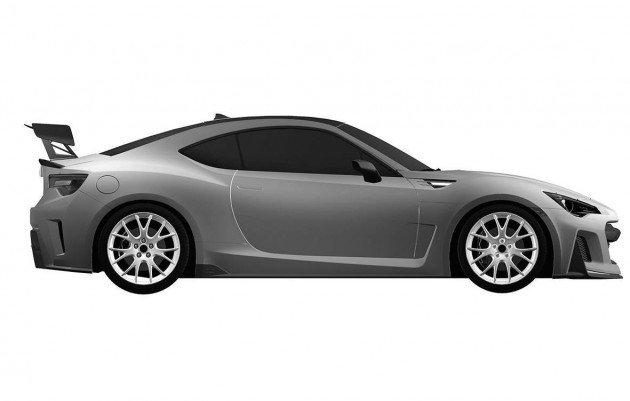 The design patents were recently found at the Japanese patent office, showing views of a BRZ with a large rear spoiler, bespoke front end and splitter arrangement, and chunky side skirts.

It looks like there’s also a unique rear bumper bar with vertical vents in the corners, a carbon fibre roof, a lip spoiler on the boot lid, centrally-mounted exhausts, and a set of angry-looking headlights with LEDs.

Overall, the design appears to look very similar to the Subaru BRZ STI Performance Concept the company unveiled at the New York Auto Show earlier this year. Could this be confirmation of a production model?

Patent images don’t automatically mean the respective company is definitely planning a market entry with the design. Sometimes designs are simply patented to protect against copyright and so on.

Subaru and Toyota are planning to build a second generation model of the popular coupe, as we heard earlier this week. Hopefully the companies are planning a hot version this time around.