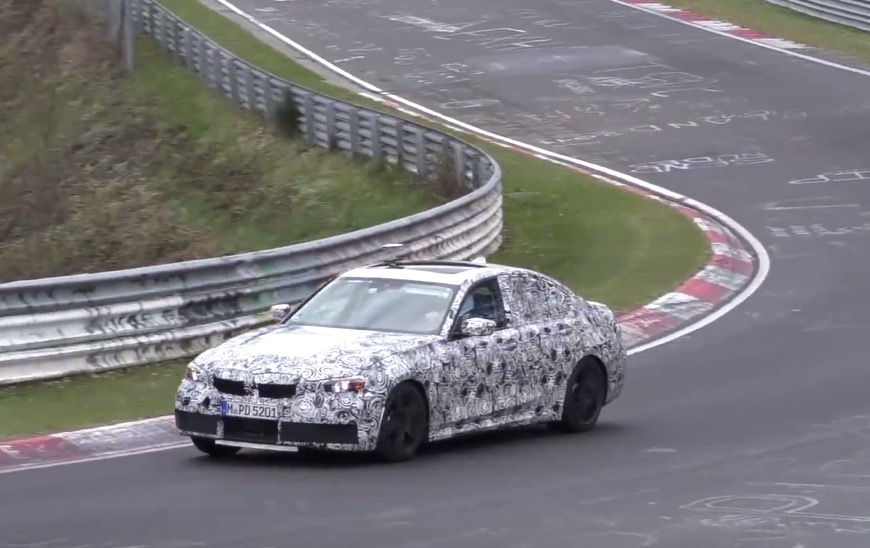 The next, ‘G20’ BMW 3 Series has been spotted at the Nurburgring getting a good shakedown before its expected 2018 debut. 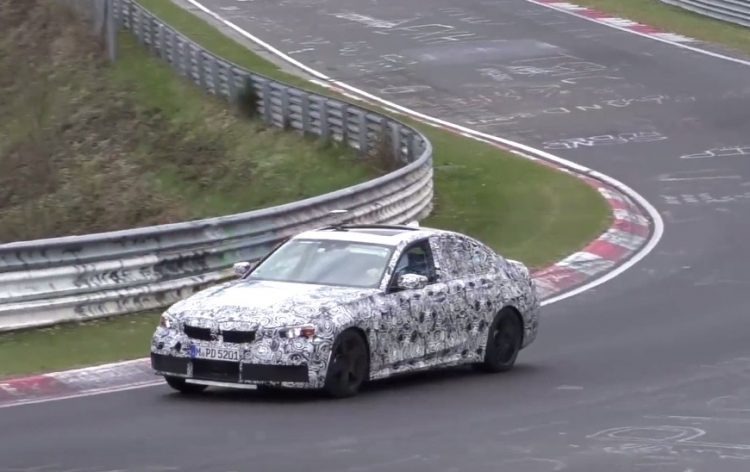 Evident in the video is a distinct inline-six snarl, markedly angrier than today’s car, as well as the pronounced whoosh of a turbocharger, suggesting this could be an ‘M340i’ variant. BMW definitely needs to keep that snarl on point, as rivals Jaguar and Mercedes-Benz switch back to straight sixes, which has long been a BMW-only selling point.

A LIDAR-looking contraption on the roof suggests the 3 Series driver assistance and semi-autonomous repertoire could be getting a boost like its bigger brothers, the 5 and 7 Series.

Just like the G30 5er, the G20 3 Series is set to ride on the CLAR architecture, incorporating a more intensive use of aluminium and magnesium, for a weight loss of around 50-100kg on today’s model. Carbon-fibre as used in the 7 Series might have to wait another generation, as it was not implemented in the G30 5 Series.

An increase in space and body rigidity is paramount to ensure the car can compete with its rivals, plus a long-wheelbase variant for the Chinese market.

Three-, four- and six-cylinder engines, all turbocharged, are sure to feature, as well as plug-in hybrid and a rumoured electric variant. Eight-speed automatic will no doubt continue to be the sole transmission choice in Australia, while some other markets will also get six-speed manual availability.

Expect a motor show debut next year, ahead of an Aussie on-sale date later in 2018 or early 2019. Have a listen below.