Some official renderings of the 2013 Kia Cerato have been released, giving us a preview of the upcoming Cerato. The renderings outline a sporty stance in tune with Kia’s latest design language. 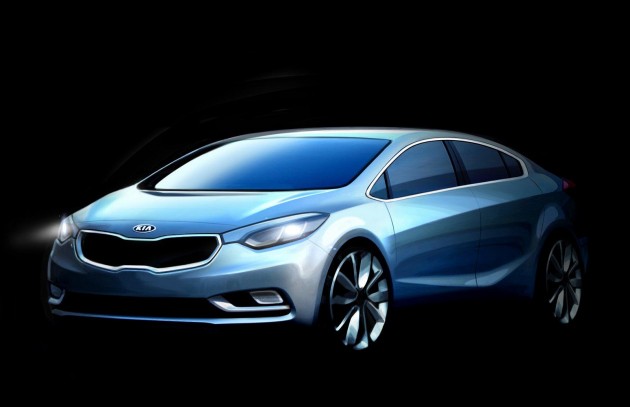 As you can see, the new model will showcase Kia’s latest front grille design, drawn back headlights, and a sweeping roofline which carries over and blends through into the rear quarter panels.

At the back there are some similarities to the current Kia Optima, particularly with the taillights and the boot lid, showing off a mild four-door coupe profile. 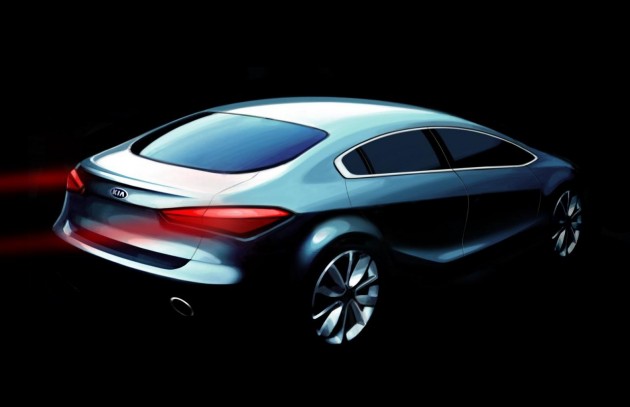 The new model is set to come in five-door hatch and coupe layouts, as well as the sedan. The sedan will be lower than the current model, however, it will be wider and longer for increased interior space.

The 2013 Cerato is set to launch in its home market in Korea as the Kia K3 later this year. It will then hit the international market, including Australia, during the first half of 2013.