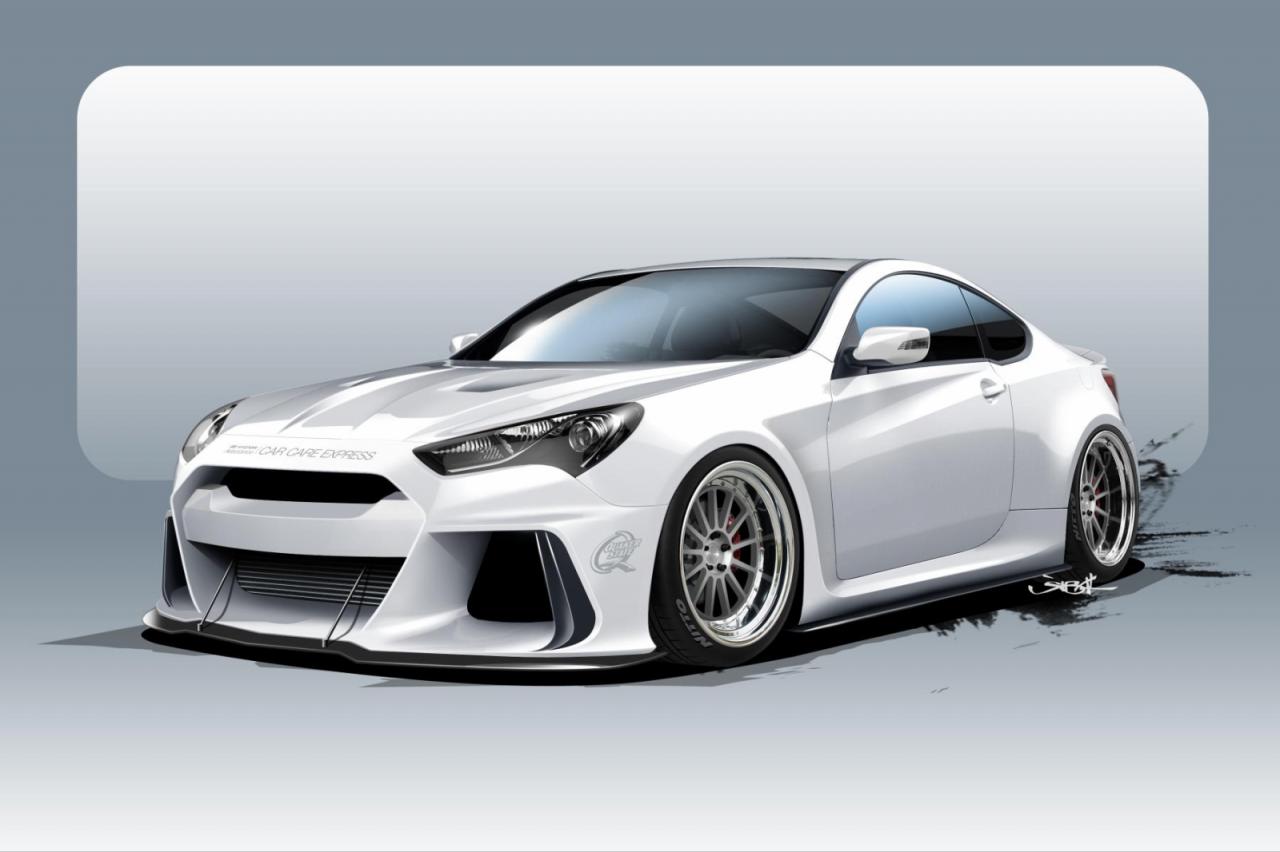 ARK Performance and Hyundai are teaming up once again for the SEMA show in Las Vegas, this time for a high-performance Genesis Coupe project. 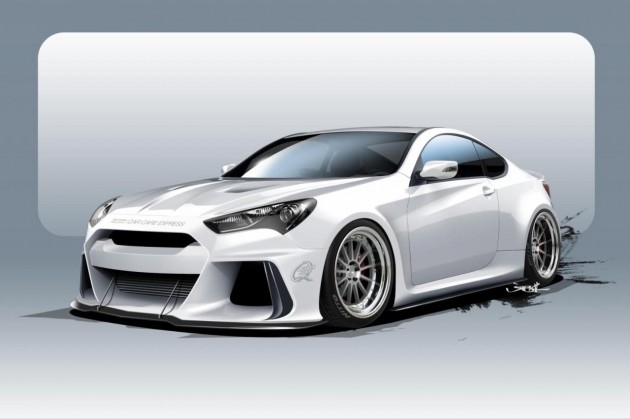 Hyundai describes the project as a take on vehicles like the BMW M4 and the Lexus RC F performance production cars, only it will be focusing on much more power and visual impact.

As previewed by this digital sketch, the Genesis gets an ARK wide-body bodykit called the Solus. It features big wheel arches that accommodate deep dish ARK forged alloy wheels.

Helping the body sit neatly over the wheels is a complete suspension overhaul with ARK’s own Performance DT-P coilover kit, including a strut tower brace. Not only does the package focus on improving the car’s stance but also track performance and handling.

Perhaps the most significant change is what sits in the engine bay. ARK decided to stick with Hyundai’s 3.8-litre V6, however, it uses a special stroker crank which takes capacity to 4.0 litres. There’s also JE pistons, Brian Crower conrods and crankshaft, and a Rotrex supercharger.

The finished project will be fully unveiled at the 2015 SEMA Show, which opens on November 3.