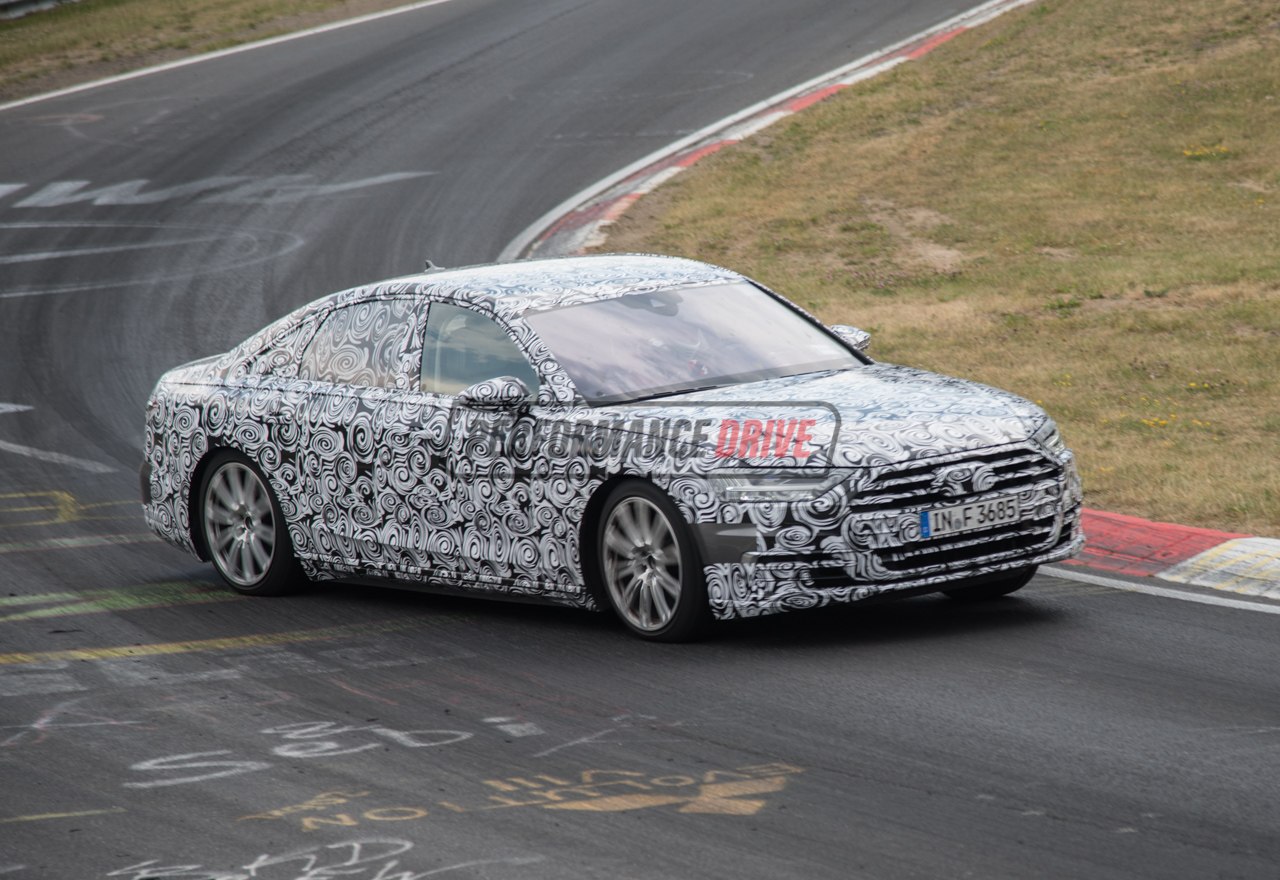 Audi has been spotted testing a prototype version of the upcoming 2018 A8 large sedan at the Nurburgring, ahead of its official reveal next month. 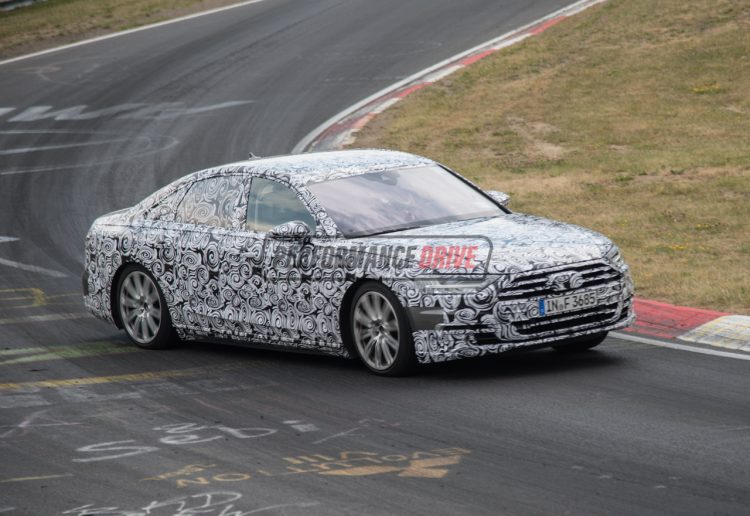 Spotted earlier this week, the A8 prototype was seen being pushed very hard out on the German track. So hard, in fact, the driver managed to get a bit of a drift going right in front of our camera.

Audi will be introducing a number of new features and technologies with the next-gen model, including an Audi-first 48-volt electric system fitted as standard, incorporating a water-cooled alternator starter and lithium-ion battery. This ‘mild hybrid’ system will allow the car to coast along almost noiselessly between 55km/h and 160km/h.

It will also come with an advanced auto pilot traffic jam function that’s set to alleviate the frustration of dense city driving via the capability of driving almost completely autonomously.

Audi has confirmed it will be unveiling the all-new A8 at the Audi Summit event in Spain on July 11. Sales are expected to start in some countries by the end of the year. 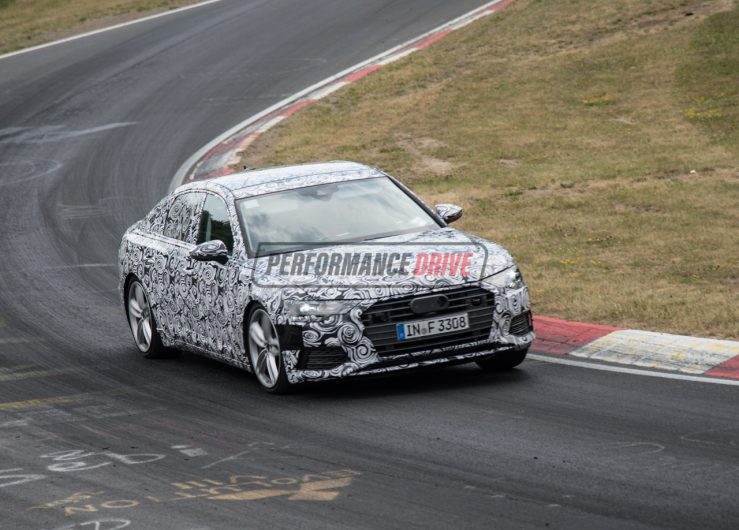 Also spotted at the Nurburgring just in front of the A8 was the new S6 sports sedan. Featuring a discreet bodykit, twin-spoke alloy wheels, and a quad-outlet exhaust, the prototype looked and sounded quick.

It’s set to be based on VW Group’s MLB Evo platform, helping to shed some weight from the current model. Meanwhile the exterior design looks like it will be tightened and sharped, with a larger grille at the front, slimline LED headlights, and Audi’s typically well-proportioned panels and contours. Under the bonnet is likely to be a revised version of the current 4.0-litre twin-turbo V8, with power tipped to top around 350kW.

Unfortunately we only saw these on the Nurburgring for a short time and didn’t get a chance to capture a long video for you, or from various parts the track. But you can take a quick look below. We’ll keep you updated with more news on them as it happens.