Toyota is preparing its lineup for the 2012 Nurburgring 24 Hours endurance event starting this weekend, with four Toyota GT 86 race cars and a specially prepared Lexus LFA. 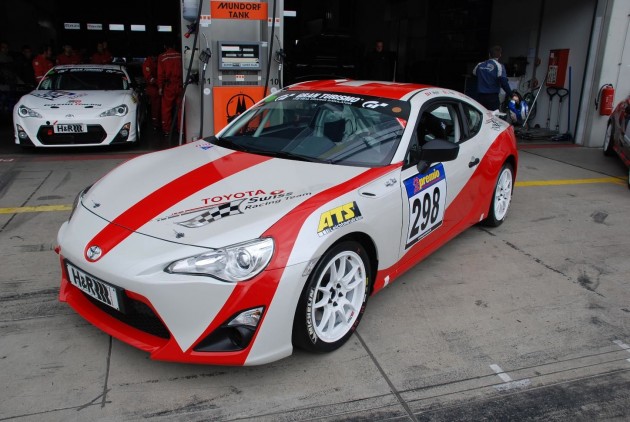 Two of the Toyota GT 86s are run by Gazoo Racing, including the Lexus LFA, while the other two GT 86s will be production-based cars developed by Toyota Motorsport and run by Toyota Swiss Racing Team.

Promoting grassroots motorsport and to encourage a new generation of motoring enthusiasts, the two Swiss Racing Team GT 86s will run in the Group VLN (similar to production car cups we have in Australia) division, in the V3 class.

It will be great to see how these highly anticipated sports cars cope in the grueling event. The first qualifying session will start on Thursday evening, with the race starting at 3pm on Saturday.

The Toyota 86 will arrive in Australia in June.