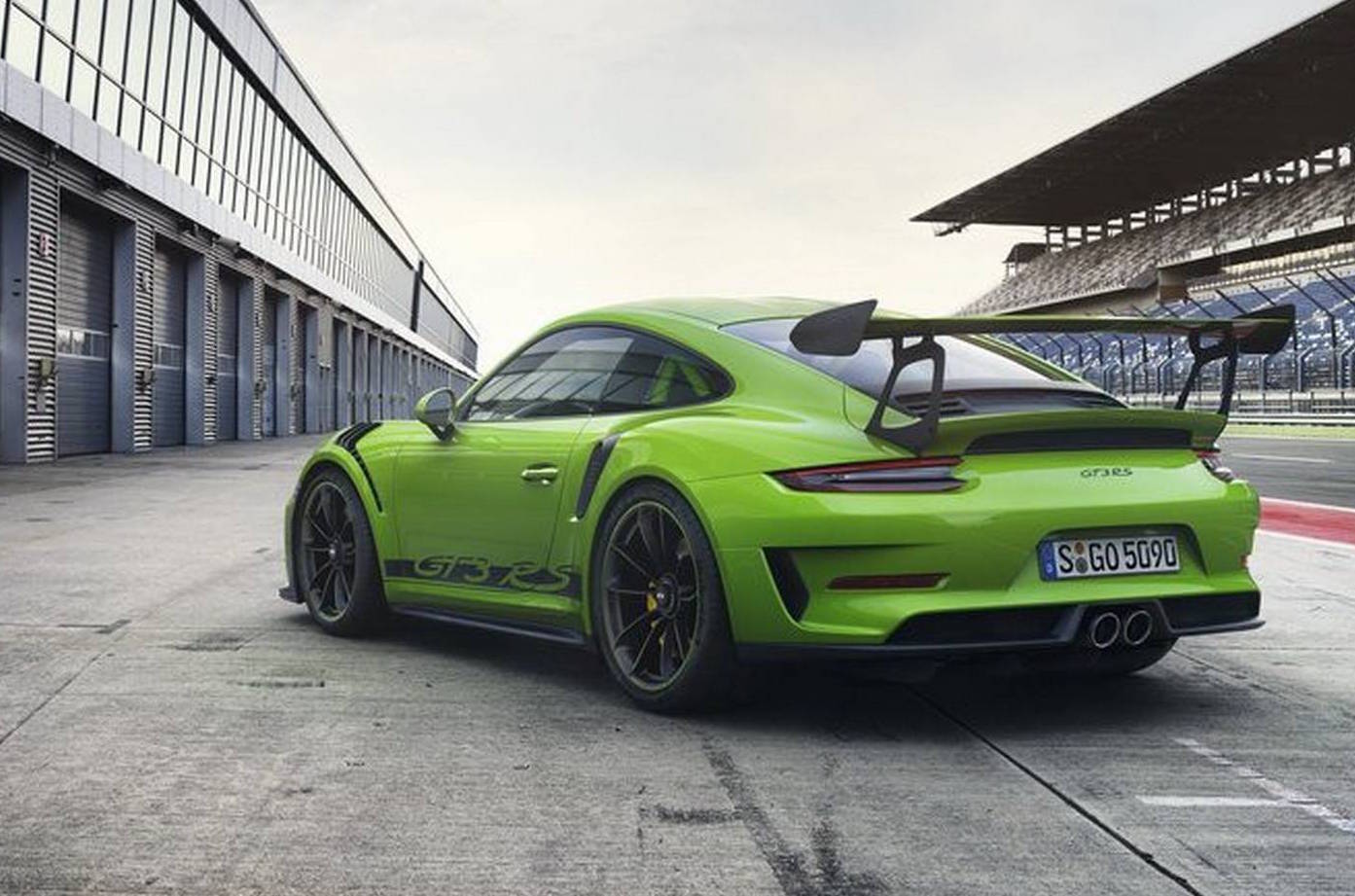 Images of the 2018 Porsche 911 GT3 RS have surfaced online, showing the mild facelift for the first time. It comes in as the most powerful naturally aspirated six-cylinder Porsche ever made. 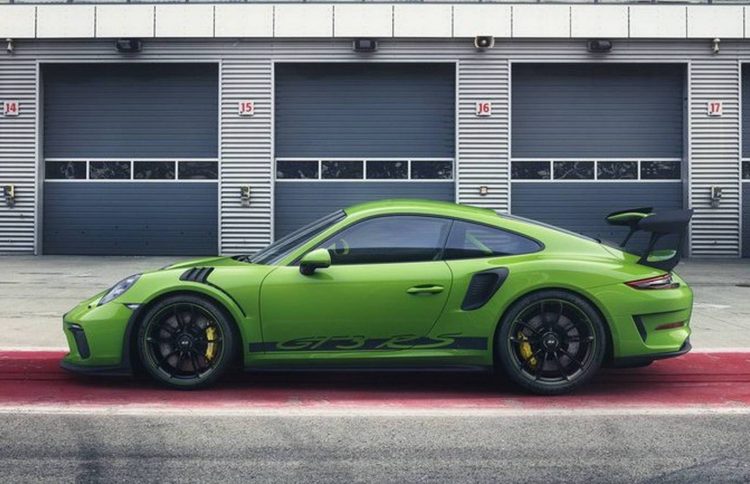 According to reports the new GT3 RS uses a 4.0-litre flat-six engine that produces a mighty 383kW. This is up 15kW on the outgoing model, and helps to shave 0.1 second off the 0-100km/h time, now standing at 3.2 seconds.

Like the outgoing model, the updated RS is expected to come with a dual-clutch automatic transmission only. Those interested in a manual are set to be kerbed to the regular GT3 which is currently available in auto and manual form.

In other areas the new GT3 RS receives some revisions to the rear-wheel steering system for improved handling and stability, while additional air ducts have been added to the body for optimised cooling and airflow. The rear bumper bar also gets bigger airflow extraction vents. 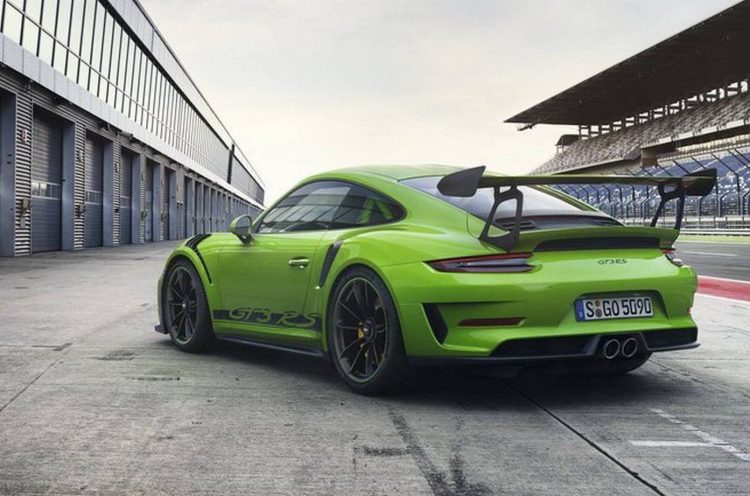 Porsche appears to have fit new wheels to the update too. These measure 20 inches on the front and 21 inches on the back, and are wrapped in 265/35 front and 325/30 rear tyres. The wheels take on a twin-spoke design, coated in black with a colour-coded rim to match, in this case, the Lizard Green body.

Inside some minor changes have been administered, with nylon door pulls and carbon fibre seats helping to shed weight. There’s also speak of less sound-deadening material being used to save more weight. Serious buyers will be able to opt for the Clubsport package bringing in six-point harnesses, a roll cage and fire extinguisher, ready for track use.

Official details are expected to be announced at any moment now, and we’ll update this story when we hear more.