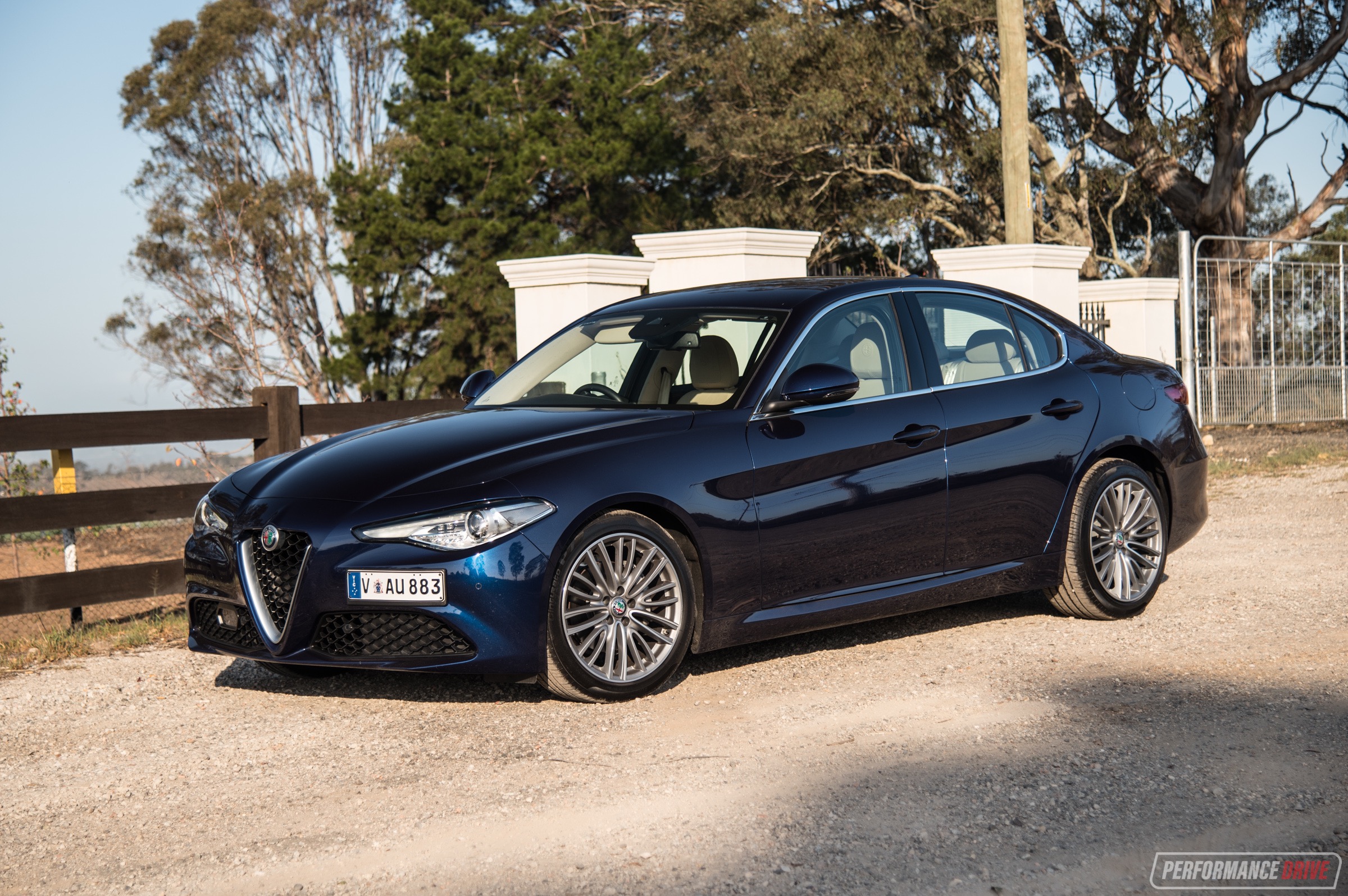 The Alfa Romeo Giulia is a car we’ve been eager to get our hands on for a while. It’s Alfa Romeo’s all-new medium executive sedan, ready to fight against the traditional German triumvirate of Audi A4, BMW 3 Series and Mercedes-Benz C-Class, as well as the Japanese Lexus IS and Infiniti Q50. 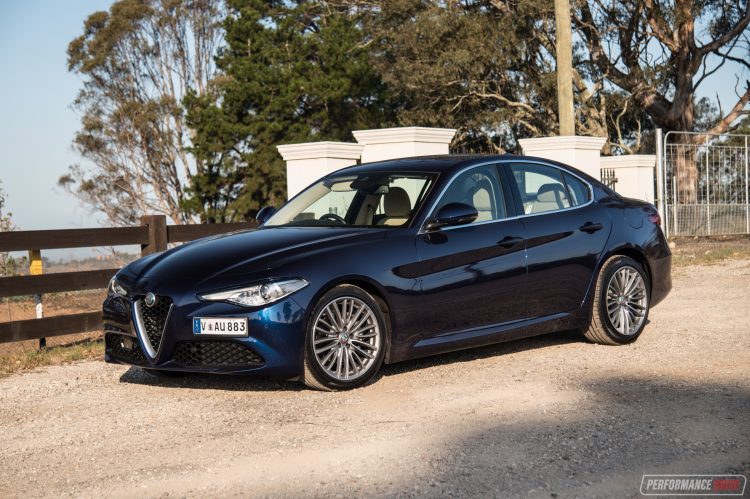 Prior to the Giulia, recent Alfa Romeo sedans have been front- or all-wheel drive, with lusty engines and Giugiaro styling as their drawcards. The Giulia has a new, state-of-the-art rear-wheel drive ‘Giorgio’ platform. Aside from the Giulia and platform-sharing Stelvio SUV, there are persistent rumours that a rear-drive successor to the Giulietta could be spun off this platform too. As a testament to its pedigree, the Ferrari-derived twin-turbo V6 Quadrifoglio variant set the four-door lap record at the Nurburgring in 2016.

The Giulia borrows its name from another Alfa Romeo sports sedan from the 1960s, which helped Alfa cut its teeth a full 13 years before the 3 Series was even a glint in BMW’s eye. With some frighteningly talented competition, how does the Giulia hold up? Does it possess the right amount of Italian charm while exorcising the demons of the past? Let’s find out. 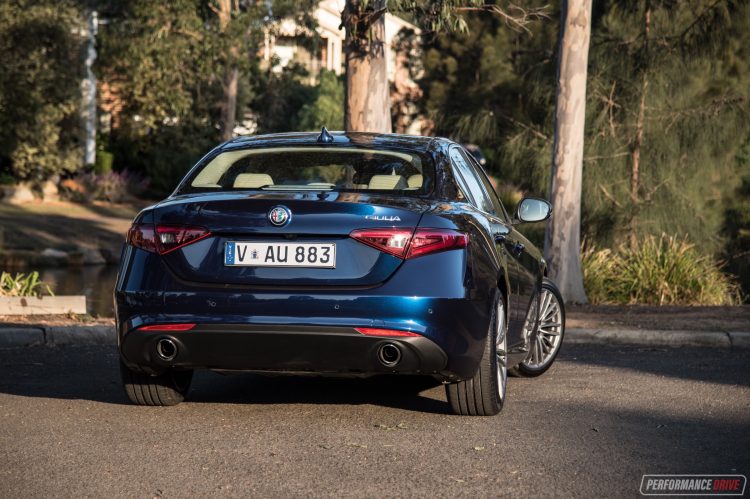 The Giulia’s dimensions are 4643mm in length, 1860mm wide, 1436mm tall and a fairly long wheelbase of 2820mm. For a car with such cab-rearward proportions, there is surprisingly a decent amount of rear legroom, although it doesn’t match some of its rivals. Matching such generous dimensions to a class-beating 1410kg tare weight is an outstanding achievement.

The interior presentation can best be described as sumptuous, with lashings of treated wood, rich creamery Nappa leather and an enormous infotainment screen that wraps cleverly into the instrument binnacle. The sporty three-spoke steering wheel incorporates a starter button, which is awesome, but it really should be red like in the Quadrifoglio, we reckon.

The steering wheel is a lightweight, tactile delight with the thin rim a refreshing departure from the chunkier trend seen in Audis and BMWs, for example. Material quality, fit and finish are so good that we are beginning to worry that it has lost its Alfa-ness… until the passenger seat heater button stopped working and we breathed a collective sigh of relief.

Up front, the engine is a 2.1-litre (2143cc) turbo-diesel four-cylinder – although Alfa calls it a 2.2 – developing 132kW at 3750rpm and 450Nm from 1750rpm. It is tied to a syrupy-smooth eight-speed automatic, which can be manipulated via two Ferrari-esque metallic paddles. Quoted fuel consumption of 4.2L/100km is another jaw-dropping statistic from this car. In the real world, we saw 5.5L/100km under varied conditions, including strenuous driving. 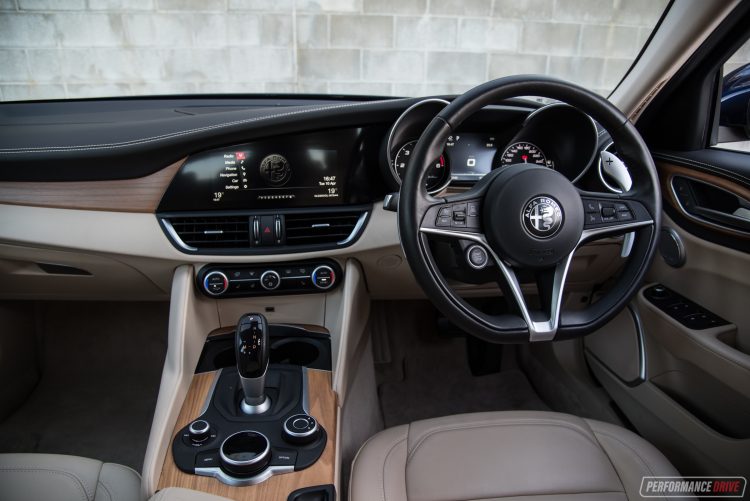 For a $65,895 car, the equipment list is decent and there are not an exhaust list of options to choose from like in the German rivals. This test car has the optional 14-speaker Harman Kardon sound system ($1400), and you can go further by adding a panoramic roof ($2200) and special paint and trim packages, but that’s about it. There is no Apple CarPlay or Android Auto or electric steering column adjustment, but these aren’t exactly deal breakers for most.

The 480-litre boot looks capacious, but it doesn’t house a spare tyre. Safety and semi-autonomous features are present and accounted for, with lane departure warning, active cruise control and a full airbag repertoire. ANCAP hasn’t tested any Giulia model but Euro NCAP has awarded five stars. Servicing happens every 15,000km or 12 months, with three years roadside assistance. There’s an eight-year anti-corrosion warranty too. If you want to tow, it offers a 745kg unbraked or 1600kg braked capacity. 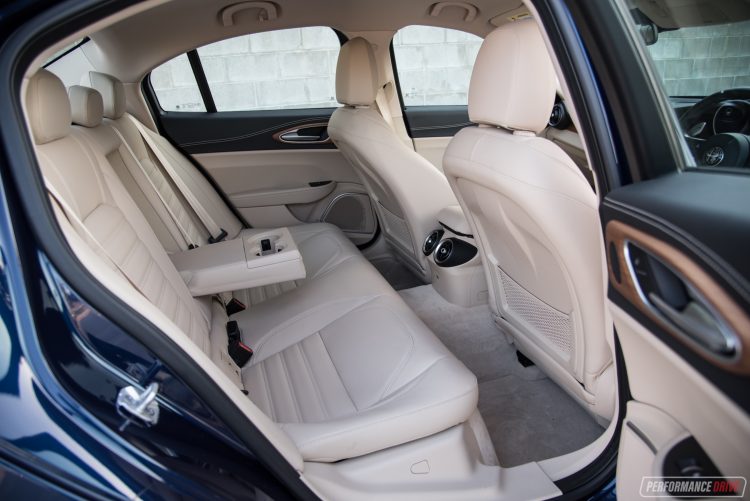 Being a diesel we expected a lead-tipped arrow with no charisma or sparkle. We could not have been more wrong. It’s very obvious the chassis was developed from the $143,900 Quadrifoglio down, because this is one of the most entertaining diesels money can buy. With such a low weight, it can carry high cornering speeds. It hunkers down and changes direction quickly, with the rear suspension kinematics putting you exactly where you want to be while keeping that booty glued down.

The engine is smooth and refined at all times, with only a hint of clatter at cold start, but never entering the cabin. Except for a barely noticeable moment of hesitation, it punches very hard, especially when in the ‘Dynamic’ setting of Alfa’s DNA drive mode selector. Our 0-100km/h testing revealed an impressive time of 7.18 seconds in the real world, comparing favourably to the 7.1 factory claim. While the diesel’s engine note isn’t sonorous like, say, Alfa’s legendary ‘Busso’ V6 was, it sounds refined and smooth for a diesel.

The metallic gearshift paddles feel great and respond quickly to make the diesel fun in the corners. It holds onto gears giving it flexibility you’d expect from a petrol engine. You just pull the superbly damped left paddle and ride the diesel’s smooth tsunami of torque, while precise steering and a superbly-balanced rear-drive chassis do the rest. Finally an Alfa that doesn’t rely on looks and aural pleasure to seduce.

Its adaptive cruise control system feels Italian, with the closest setting feeling a bit frenetic and unnerving, like it’s had too many espresso shots – best to keep it on the farther distance setting and the DNA to ‘All weather’ during freeway driving.

In the negatives bin, we might say the low speed ride is more firm than not over ordinary roads, and there is a touch of wind noise at freeway speeds. But, neither are sufficient to blot the Giulia’s scorecard. This is a fantastic prestige mid-sizer, and it doesn’t take long to experience the passion from the driver’s seat. It’s no wonder the QV set the lap record at the Nurburgring. 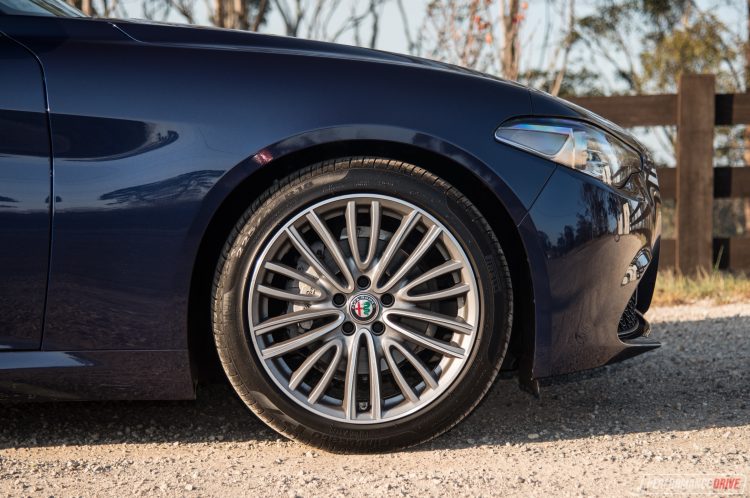 Despite a relatively short development time, the Giulia is surprisingly close to being best-in-class in many areas. It has an outstanding chassis, great steering, decent maintenance schedule, and has a gorgeous interior and exterior. It’s not a value-oriented car, but it doesn’t need to try that hard to establish itself like the Infiniti Q50 or Genesis G70 might. The real value lies in the fundamental engineering and in that sense, it seems like no expense was spared.

The Giulia is probably neither the prettiest nor best-sounding Alfa in recent memory, but it has a depth and dependability its predecessors can only dream of. It should be further up the sales charts in our opinion; it certainly should be nipping on the heels of the competent but predictable and somewhat boring German rivals.

CONS:
– Not as well-equipped as some rivals
– Ride might be a bit firm for some at low speeds
– Faint wind noise at times
– Cream carpet option prone to stains