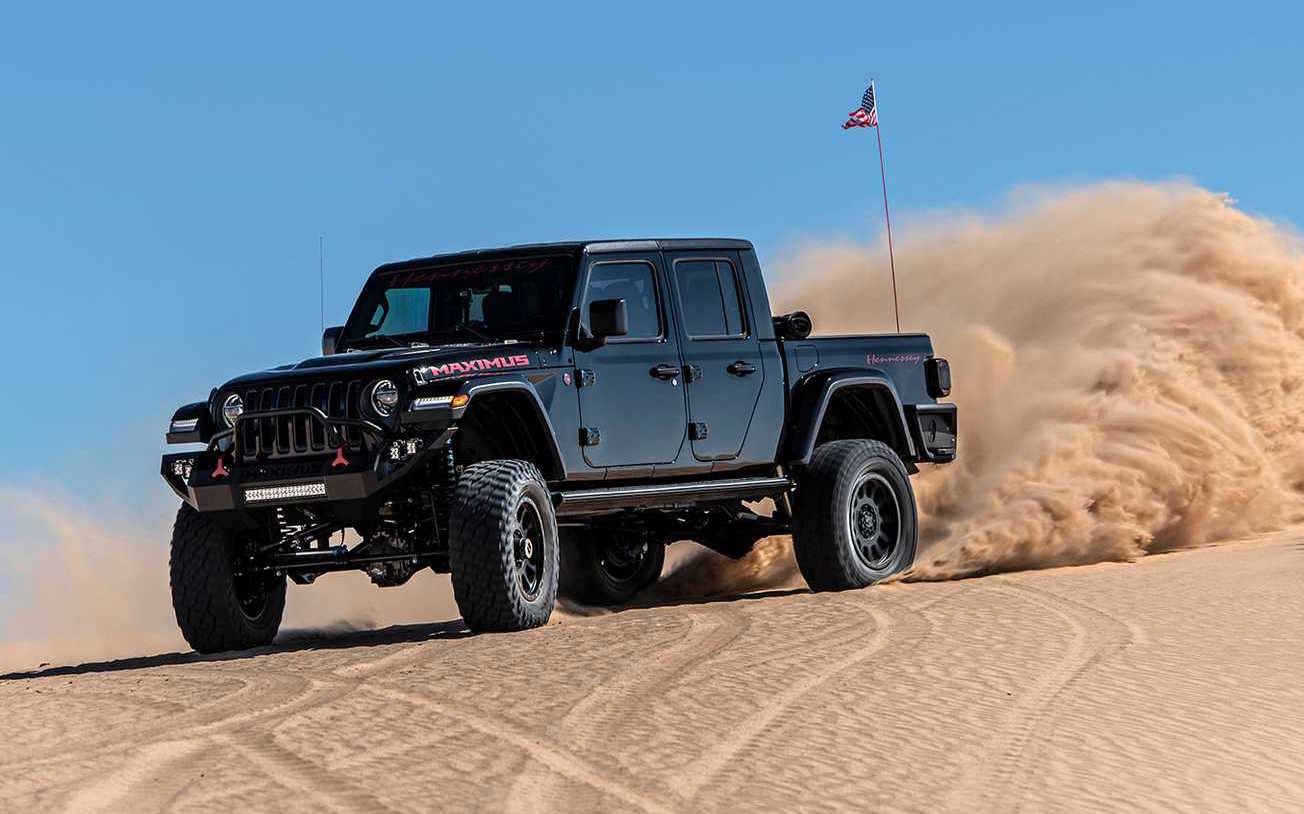 Looking for an SUV that can really rip up any terrain? Renowned American tuner and manufacturer, Hennessey Performance, has just announced its latest project based on the new Jeep Gladiator, the Hennessey Maximus 1000, is now in production. 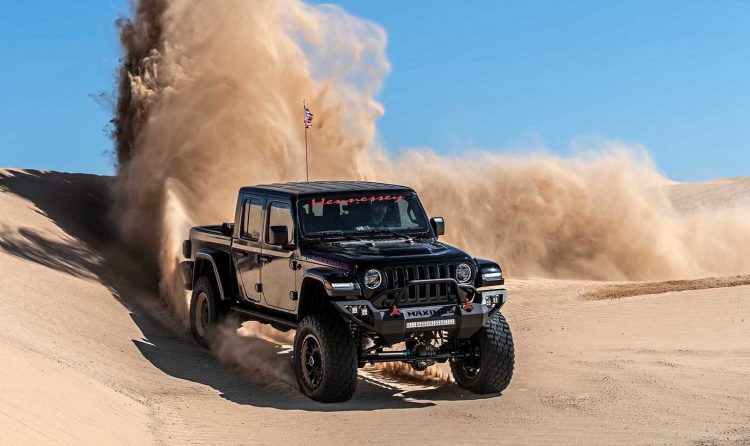 We’ll get straight to the good stuff. Under the bonnet Hennessey has shoehorned FCA’s 6.2-litre supercharged V8 ‘Hellcat’ engine into the 4×4 ute. Not only that, it has also applied its HPE1000 engine tune, which includes a bespoke ECU, wiring harness, fuel system and stainless steel exhaust.

It, as you may have guessed, produces an almighty 1000hp (746kW) and 1265Nm. That is an enormous amount of grunt for any vehicle, let alone a rugged off-roader like the Jeep Wrangler-based Gladiator. There’s no mention of acceleration figures but we’re guessing it would tear a pair of trenches in the tarmac if you tried running 0-100km/h. 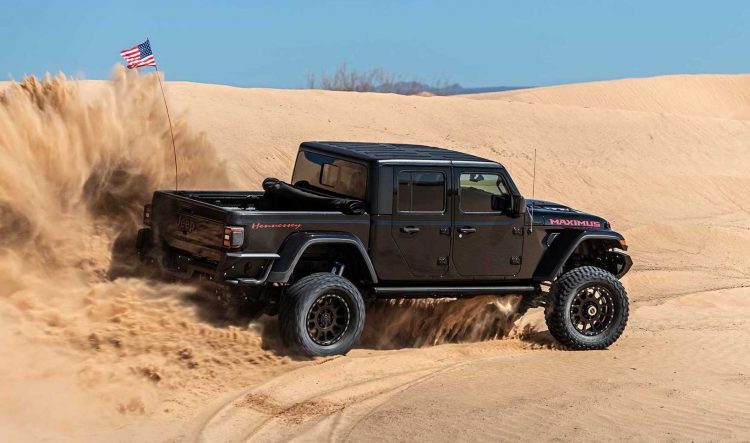 In other areas the appropriately-named Maximus 1000, or MAXIMUS 1000 officially (it needs capital letters, obviously), is equipped with a unique LED light bar at the front and full LED lighting, with custom front and rear bumper bars, Hennessey’s own 20-inch alloy wheels wrapped in BFGoodrich KD off-road tyres, while the body is raised around 152mm (six inches) via a bespoke suspension kit.

Inside, the interior is treated to an exclusive leather upholstery including plenty of Hennessey and MAXIMUS branding. Speaking about the epic vehicle, company founder and ‘chief horsepower evangelist’ John Hennessey said:

“There’s nothing like jumping a 1000hp Jeep over sand dunes. MAXIMUS 1000 is a very special vehicle under any driving conditions, on or off road.” 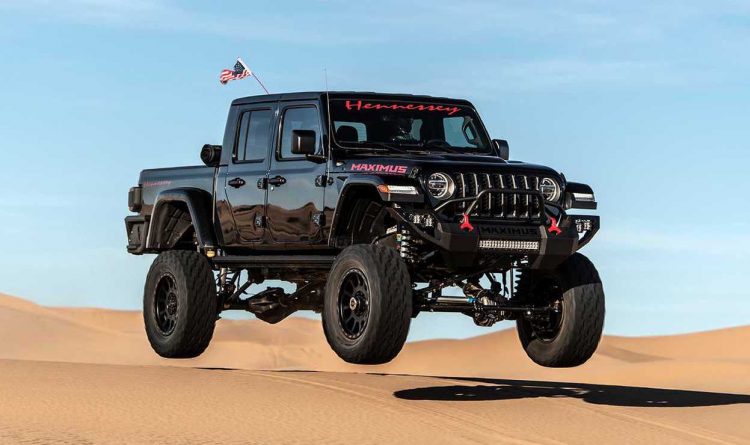 Production is now underway as a turn-key package, with just 24 planned to roll out. The first four have already been delivered. Prices start from US$225,000, and it includes a three-year/36,000-mile warranty. It can be ordered through Hennessey directly or authorised Jeep dealers.

The regular Jeep Gladiator is on sale in Australia now and is scheduled to arrive in May. It’s available in Overland and Rubicon form. Check out the video below to see the tuning potential in action. And don’t forget to turn it up.