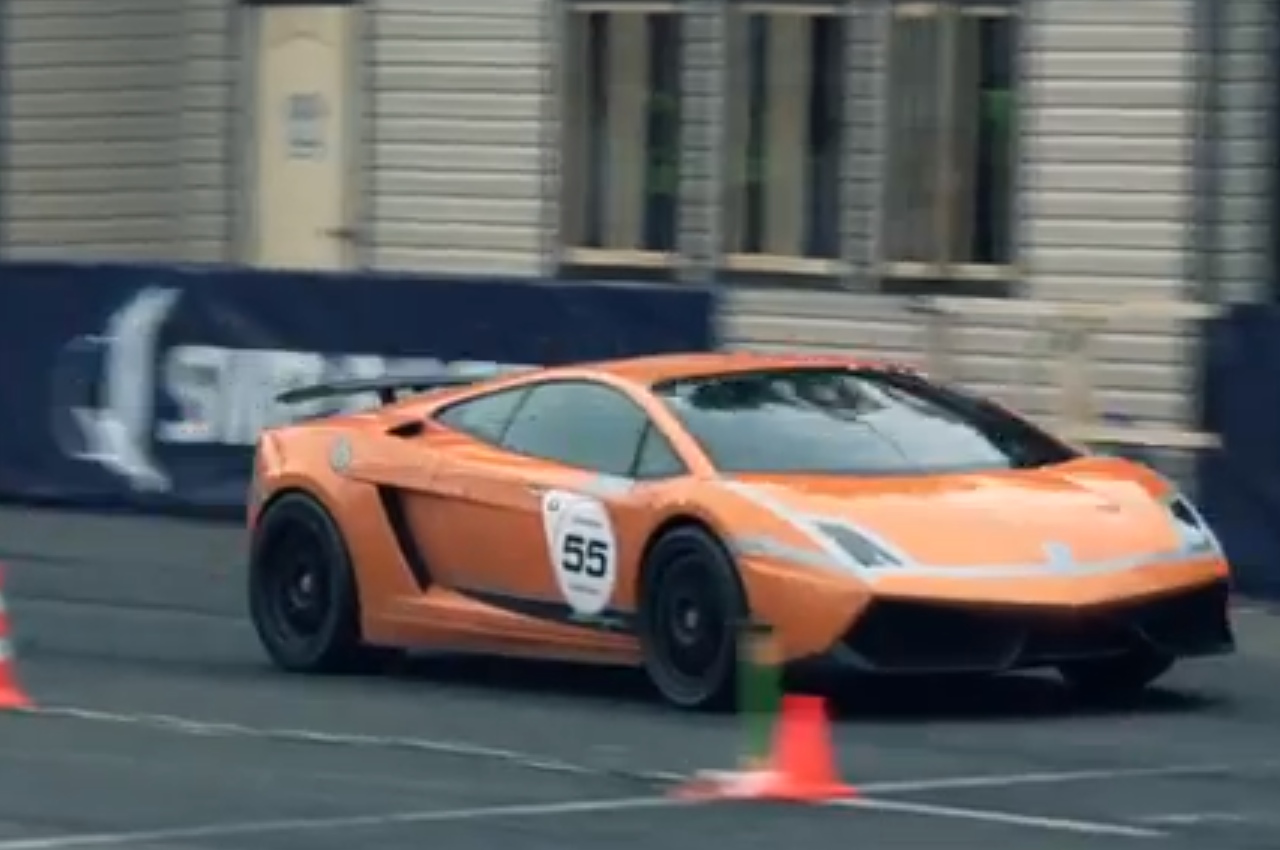 The twin-turbo ‘Lamborghini LP570-4 Underground Racing R2 / Altechno 2005 HP’ (1495kW) has recorded a new absolute top speed record for the Unlim 500plus, climbing to 402km/h in just one mile (1.6km). The Gallardo surges down the track like a bat out of hell, only to catch fire just before it crosses the line.

As you’ll see at the end of the video, the Lamborghini’s rear bumper ends up looking like a Zinger fillet. Would you have the jewels to pilot a twin-turbo Gallardo at 402km/h? Insane stuff.