The mighty Jeep Grand Cherokee SRT8 is Jeep’s most powerful mainstream model. Nurburgring expert Sabine Schmitz has just taken one around the ‘Ring in 8:49.487. 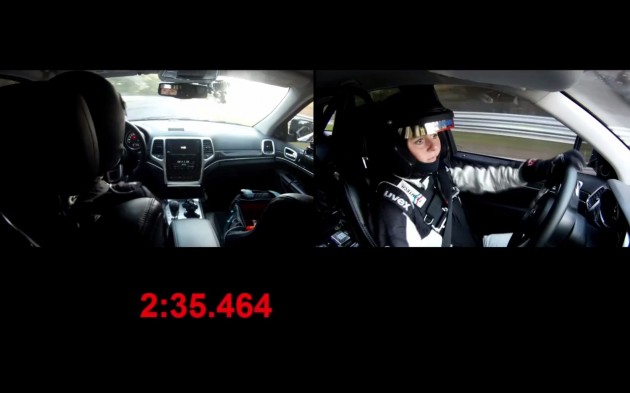 It comes with a 6.4-litre HEMI V8 producing 347kW of power and 630Nm of torque, enabling it to sprint from 0-100km/h in just 4.8 seconds. The engine is matched up to a five-speed automatic transmission.

Click play on the video below to watch Sabine wrestle the beast around the ‘Ring.

The SRT8 is set to go on sale in Australia later this year.