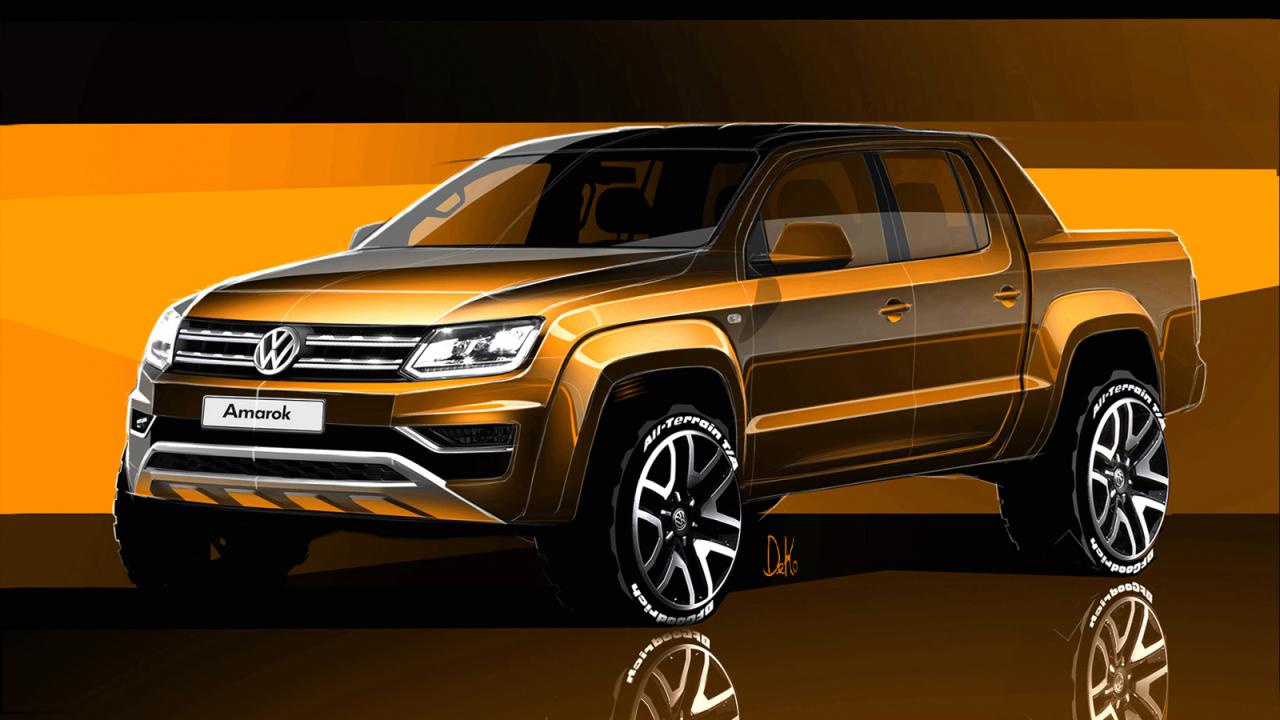 The Volkswagen Amarok is due for its mid-cycle nip/tuck, with the carmaker releasing preliminary renderings, showing how the ute will be subtly enhanced. 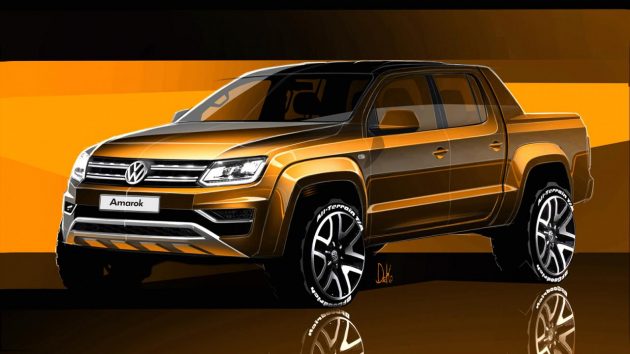 The digital pictures show a bright orange lifestyle-oriented range-topper, in the vain of Ford Ranger Wildtrak or HiLux SR5. From the images, we can glean the basics are still intact, with a freshening of head and taillight LEDs. Bumpers and lower grilles have been completely revised, with new-look large new alloys as well.

Inside, the vents are no longer round, and are integrated into the infotainment unit, with aluminium highlights bringing it more into line with VW’s passenger car offerings. The Amarok already has one of the more refined and upmarket cabins in the segment so these changes are sure to enhance showroom appeal.

In one of the fiercest market segments in the country, Amarok sits at around 6 percent market share year-to-date in Australia. It features a sophisticated 2.0-litre twin-turbo diesel powertrain, combined with an eight-speed automatic which is more ratios than any other competitor. In top spec, the Amarok generates 132kW and 420Nm, but these outputs may or may not increase with this coming facelift.

A full reveal is imminent within the next month or so, with a chance we could see the car in local showrooms before the end of 2016.