Mercedes-Benz has inadvertently revealed news that the high performance CLA 45 AMG four-door coupe will be revealed at the 2013 New York Auto Show next month. 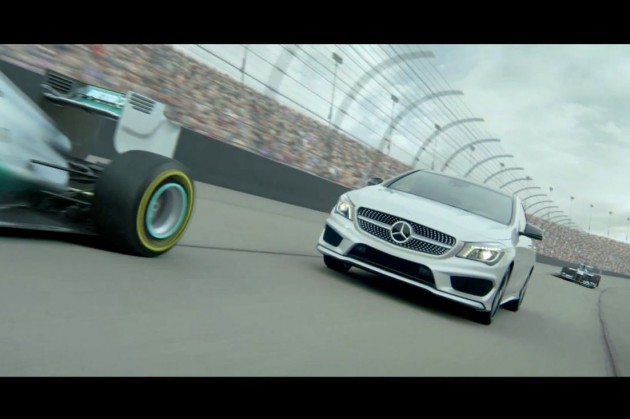 The news was slipped during an extended cut commercial for the CLA-Class which aired during the American Super Bowl XLVII last weekend. It allowed users to enter a competition for the chance to win tickets to the New York show for its unveiling (image below). 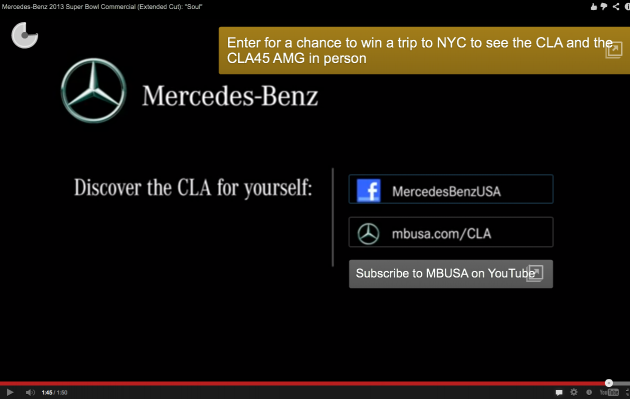 No official details on the car have been uncovered at this stage. As far as we know, the CLA 45 will come with a 2.2-litre – not a 2.0-litre as previously speculated – heavily turbocharged four-cylinder engine producing around 260kW and 450Nm.

Power will be sent through the company’s 4MATIC all-wheel drive system, as previewed in an official drifting teaser video, after going through a seven-speed dual-clutch automatic transmission.

Being an AMG model, the CLA 45 is expected to come with various performance features over and above the regular CLA-Class, including a neat bodykit, front and rear spoilers, sports adaptive suspension, big brakes, and a suitably focused interior.

More details are expected in the coming weeks. The New York show starts on March 29.

Click play below to see the ad in full. The competition is at the end in the top right corner.