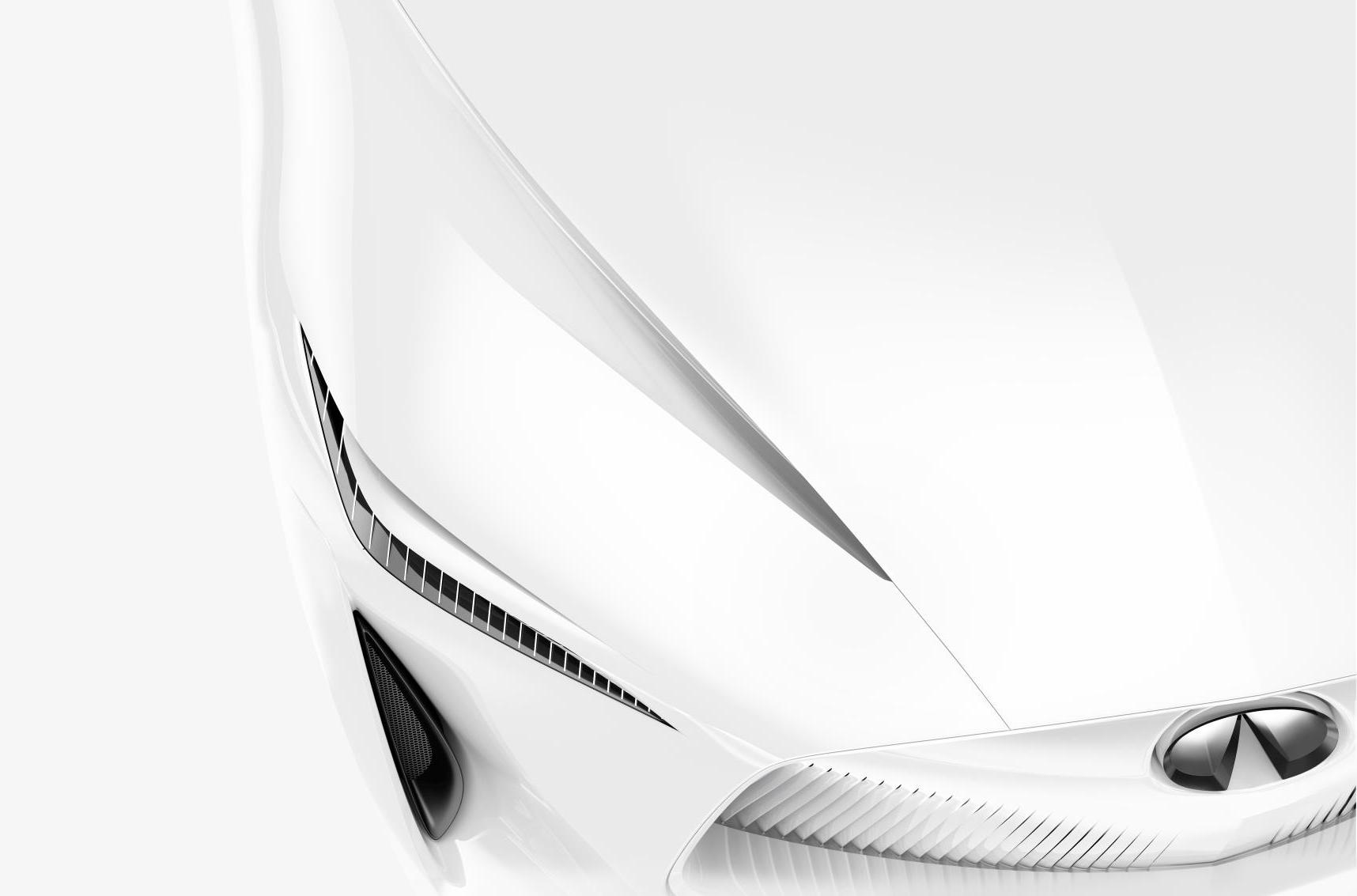 Infiniti is planning to unveil an all-new sedan concept at the North American International Auto Show next month, releasing this teaser image to generate some interest. 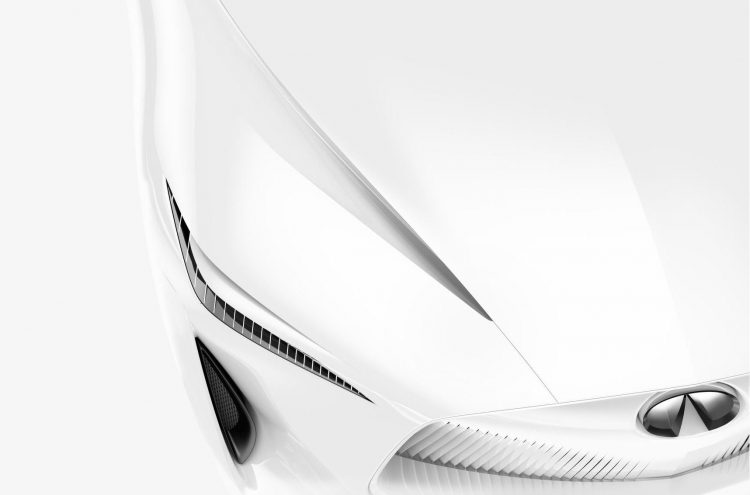 The concept will preview the next-generation in design for Infiniti sedans, representing the “first manifestation of a new Infiniti form language”. As you can see by the preview, the front end will incorporate a pointed nose with very slimline headlights, as well as a sculptured bonnet. Speaking about the concept in a statement, Infiniti said:

“We were able to create an alternative form with flowing gestures, more engaging in character and more enriching in experience. With its long cabin, balanced proportions and muscular stance, the concept heralds in a new era for Infiniti models.”

Infiniti says the concept will also showcase next-generation powertrains, which are “more compact and less intrusive”. As we know, Infiniti has the world’s first variable compression engine in the pipeline, debuting with the QX50, which is set to bring small four-cylinder efficiency as well as the power of a six-cylinder.

Being pitched as a sedan, the concept could give us some indication of the design of the next-gen Q50 and Q70. All will be revealed at the Detroit show, starting January 15.