Prices for the 2015 Ford Territory SZ MKII have just been released, with all nine models seeing cuts between $3000 and $6500. 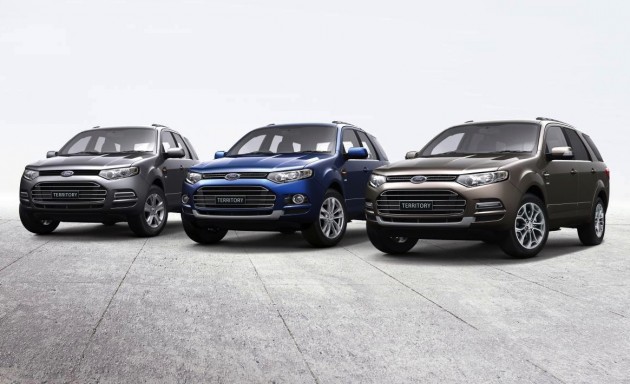 The 2015 Territory comes the options of rear-wheel drive or all-wheel drive, and a 4.0-litre petrol six-cylinder or a 2.7-litre turbo diesel across all models.

The entry level TX RWD petrol model is now available from $36,990, with the diesel variant adding $3250, and AWD adding a further $5000. All three TX models save an equal amount of $3000 over the outgoing SZ Territory.

Prestige paint across all models costs $385, while seven-seat capacity costs $2500 on the TX, but is standard on TS and Titanium. Adding a tow pack will set buyers back $550, and is available on all models.

“The price reduction means exceptional value for customers for a vehicle that has won hearts across the country as Australia’s only locally engineered and designed SUV,” Katic said. More than 155,000 Territory SUVs have found homes across Australia and our loyal fans now have an added incentive to include the Territory Mk II on their shopping lists.”

“Ford offers excellent value for money and we believe the combination of additional features in the Territory SUV range and lower prices will be a winner. As a family vehicle, the Territory continues to deliver on its strengths – driveability, performance, spaciousness, seating flexibility and safety.”