Singer Design has announced it has teamed up with Cosworth and has come up with another fantastic Porsche 911 creation. This time it has a Cosworth powerplant and the new white colour scheme is applied to a new Aria Group-developed carbon fibre body. 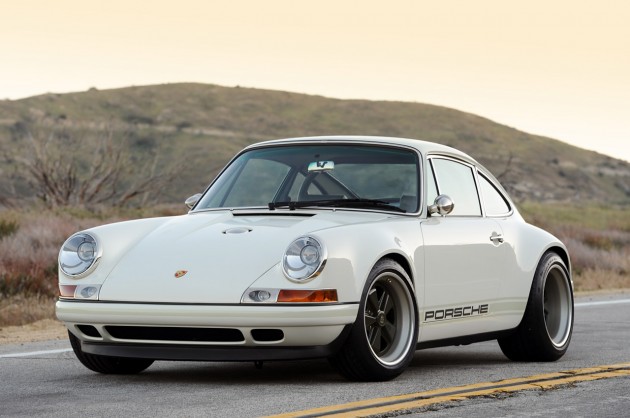 “We are thrilled to be involved with these incredible companies who together bring a wealth of heritage, intelligence and global engineering expertise to this labor of love.

“This is not just about re-imagining an icon; we’re working in a collaborative spirit of excellence to build something that celebrates Porsche’s genius and the air-cooled era of the world’s most important sports car: the Porsche 911.” 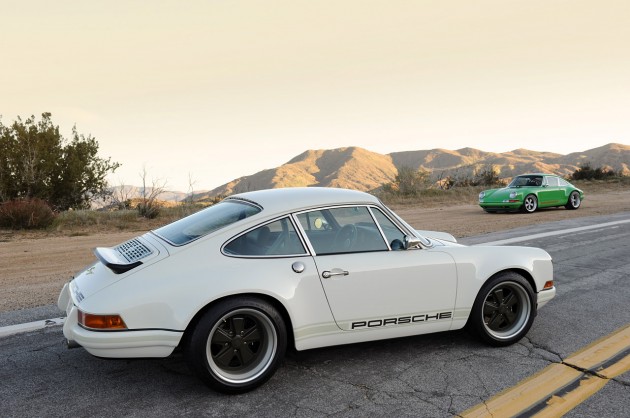 Power figures may not sound absolutely ballistic but we must remember the Singer Design 911 is made using carbon fibre panels and weighs around 1000kg. It’d go like an absolute rocket. And look stunning do so.

Singer Design will create you one of these beasts for around US$190,000, depending on options.