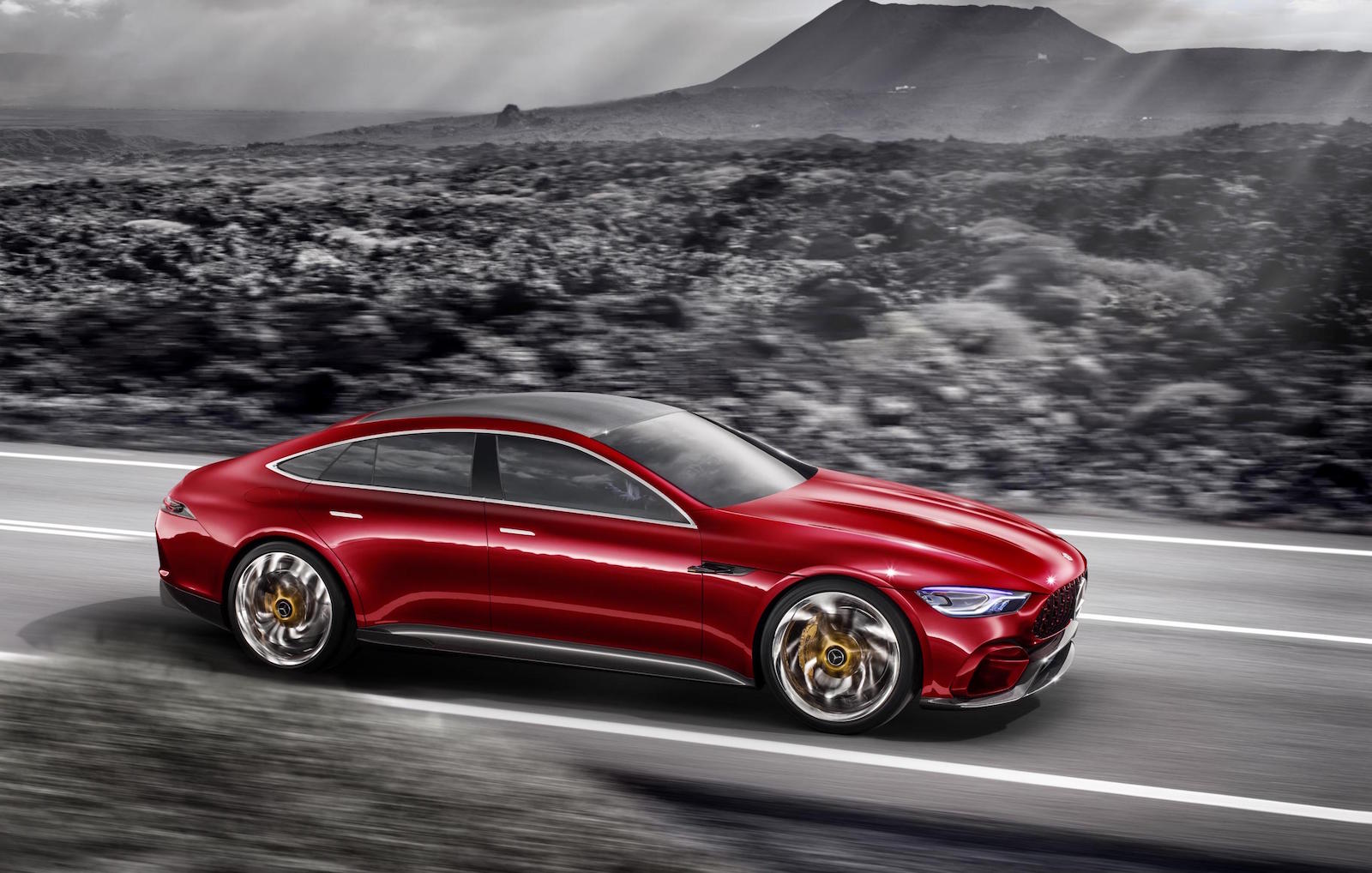 The covers have been lifted from the Mercedes-AMG GT Concept at the Geneva motor show, previewing a new four-door coupe version of the AMG GT sports car. 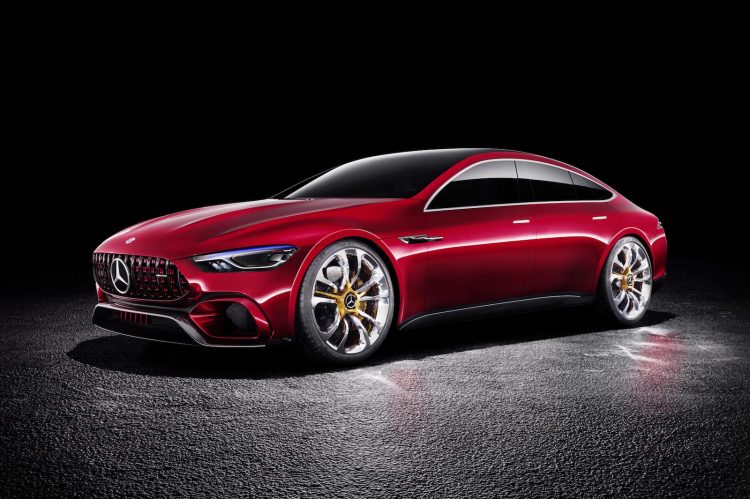 Mercedes-Benz is using the mammoth Geneva motor show, opening last night, to showcase the car to the public. At this stage it is just a concept but the company does say it gives a “sneak preview of the exterior design of the coming series production model”.

It’s described as the third model series in the AMG GT family, following the SLS and the GT (S and R). Only this time it boasts some of AMG’s recent developments in the area of hybridisation and electric vehicle technology.

Power comes from an “ultramodern” 4.0-litre twin-turbo V8 petrol engine paired with an electric motor assist system, for an overall combined output of 600kW. This is a serious amount of power, even for an outright supercar. As such, the company says 0-100km/h is done and dusted in under 3.0 seconds. 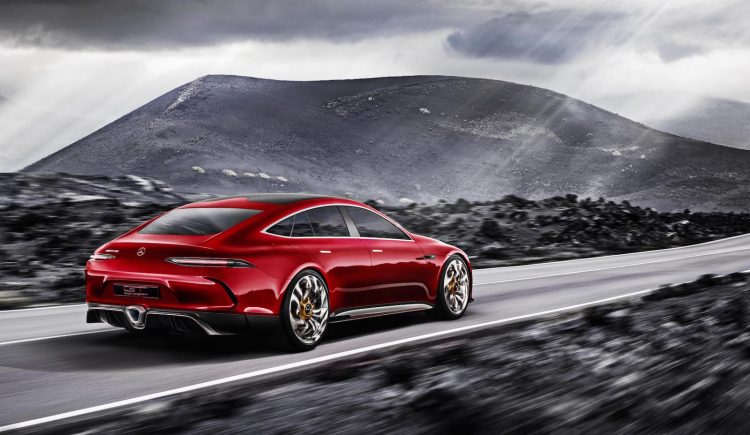 Equally as striking is the exterior design, aside from the rather ghastly alloy wheels. It’s made up of plenty of elegant lines with a swooping roofline that provides that fashionable four-door coupe profile. Speaking about the design, Daimler chief design officer Gorden Wagener said:

“The GT Concept embodies the most extreme expression of our design idiom and underlines anew the autonomous profile of AMG as a performance brand. Through perfect proportions it creates a puristic design with the emphasis on its surfaces, featuring sensuous shapes and is hot and cool at the same time.”

Some of the advanced features of the concept that are likely to make their way to production at some stage include ‘nano active fibre’ daytime running lights, a clever new torque vectoring-like system for the 4Matic all-wheel drive using the electric motors, and active grille shutters to aid aerodynamic efficiency.

We can probably expect the eventual production version to be introduced in the next couple of years. It would become a sportier, higher-performance model, above the CLS AMG.