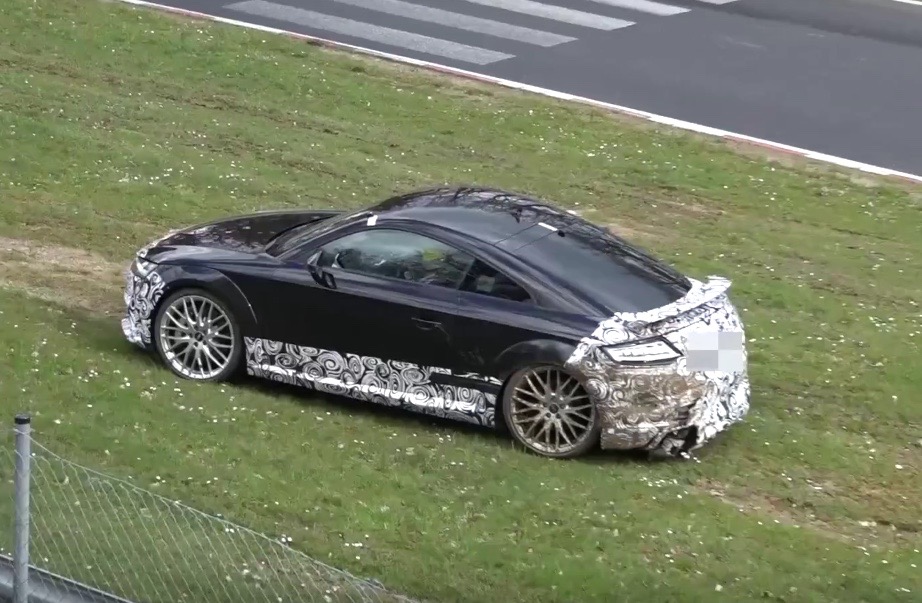 Audi has been spotted test driving some prototype versions of the new-generation TT RS out on the Nurburgring, where, embarrassingly, a test driver lost control and smashed into the rail. 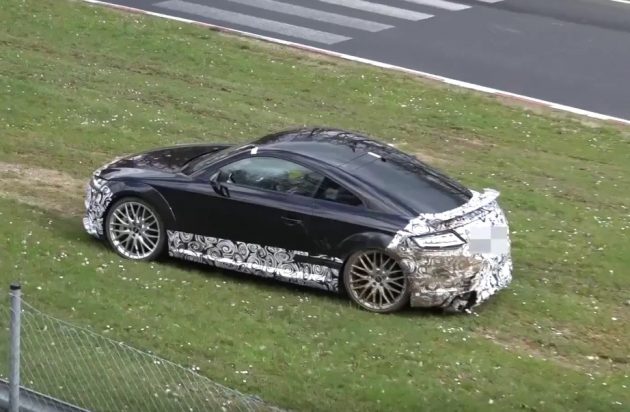 This is the second time we’ve seen an Audi test driver lose control of a prototype during testing. Fans might remember the SQ7 prototype that was pushed too hard at the ‘Karussell’, eventually jumping out and off the track and into a guard rail.

It looks like the driver in this case escaped without any injuries, fortunately. Unfortunately, the poor TT RS prototype had to be towed away with what appears to be some serious rear suspension damage.

As for the TT RS, the new model is based on the recently-introduced third-gen TT which uses VW Group’s MQB platform. With this, we can expect a raft of technology updates, including a fully digital instrument cluster for the driver, and LED or optional OLED front and rear lights.

In terms of the engine, industry experts suggest the new model will debut an all-new 2.5-litre turbo five-cylinder engine. Even though Audi already has an engine of this size and cylinder count, it’s believed engineers are currently redeveloping the unit to extract better economy and performance.

There’s speak of up to approximately 300kW from the new engine, making it 35kW more powerful than the last TT RS ‘plus’ range-topper. This should see 0-100km/h come up in under 4.0 seconds if fitted with a seven-speed dual-clutch auto. A six-speed manual will apparently be offered as well, and all are to be equipped with quattro all-wheel drive.

Check out the video below for a closer look, and further below for some footage that was taken soon after the accident.