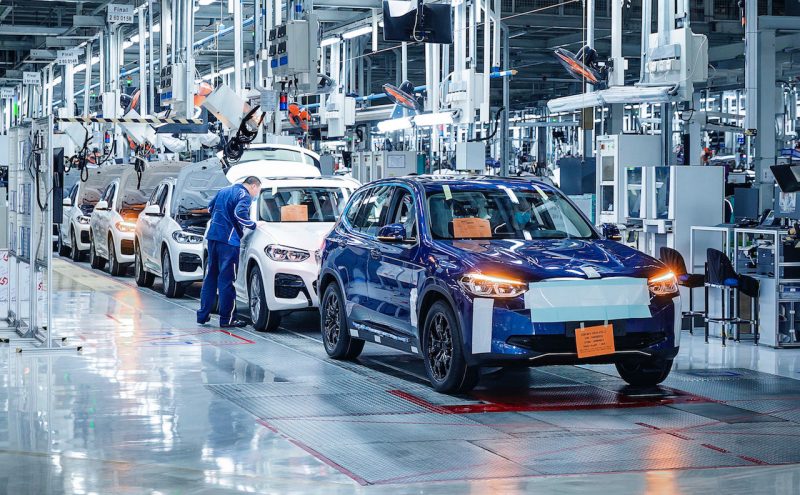 Production of the all-new BMW iX3 is almost underway, with homologation tests now complete and over 200 pre-production models already out and about. The fully electric mid-size SUV, which will be BMW’s first pure electric model, will be made in China and exported for global markets. Market entry for the iX3 is scheduled to start at the end of 2020. It is late to the party. The latest, actually. Audi has its e-tron, Jaguar has the I-PACE, and Mercedes-Benz has the EQC. Lexus is the only other big premium brand that is yet to step into this mid-size electric SUV segment.

The iX3 will be produced at the BMW Brilliance Automotive joint venture (BBA) in China later in the northern summer. From there it will be exported to various markets, including Australia some time next year. BMW says it’s been the first time it has completed the homologation process for an electric model in both China and Europe at the same time. This process included 340 hours of testing, consisting of covering over 7700km within four weeks. At the same time the company has been making preparations at the production plant in Dadong, Shenyang, including producing pre-production versions since the middle of 2019. In fact, BMW says the 200th pre-production model recently rolled off the line. Robert Küssel, BBA plant director at Dadong, said:

“We are right on schedule with our BMW iX3 pre-production vehicles and will launch standard production in late summer, using state-of-the-art technologies such as custom installation of the new high-voltage battery and artificial intelligence for monitoring parts. We are also producing the fully-electric BMW iX3 and the BMW X3 with combustion engine on the same production line.” With the iX3 being based on the current, G01 X3, it means the X3 will be the company’s first model line to be offered with all four of the main powertrain options; petrol, diesel, plug-in hybrid, and fully electric. BMW calls this the “power of choice”.

Powering the electric model will be BMW’s fifth-gen eDrive system, incorporating a 74kWh battery system and an overall motor output of around 210kW and 400Nm. With a full charge the system is set to offer a driving range of around 440km (according to preliminary WLTP data). Similar technology will also be used in the upcoming i4 and iNEXT models from 2021.